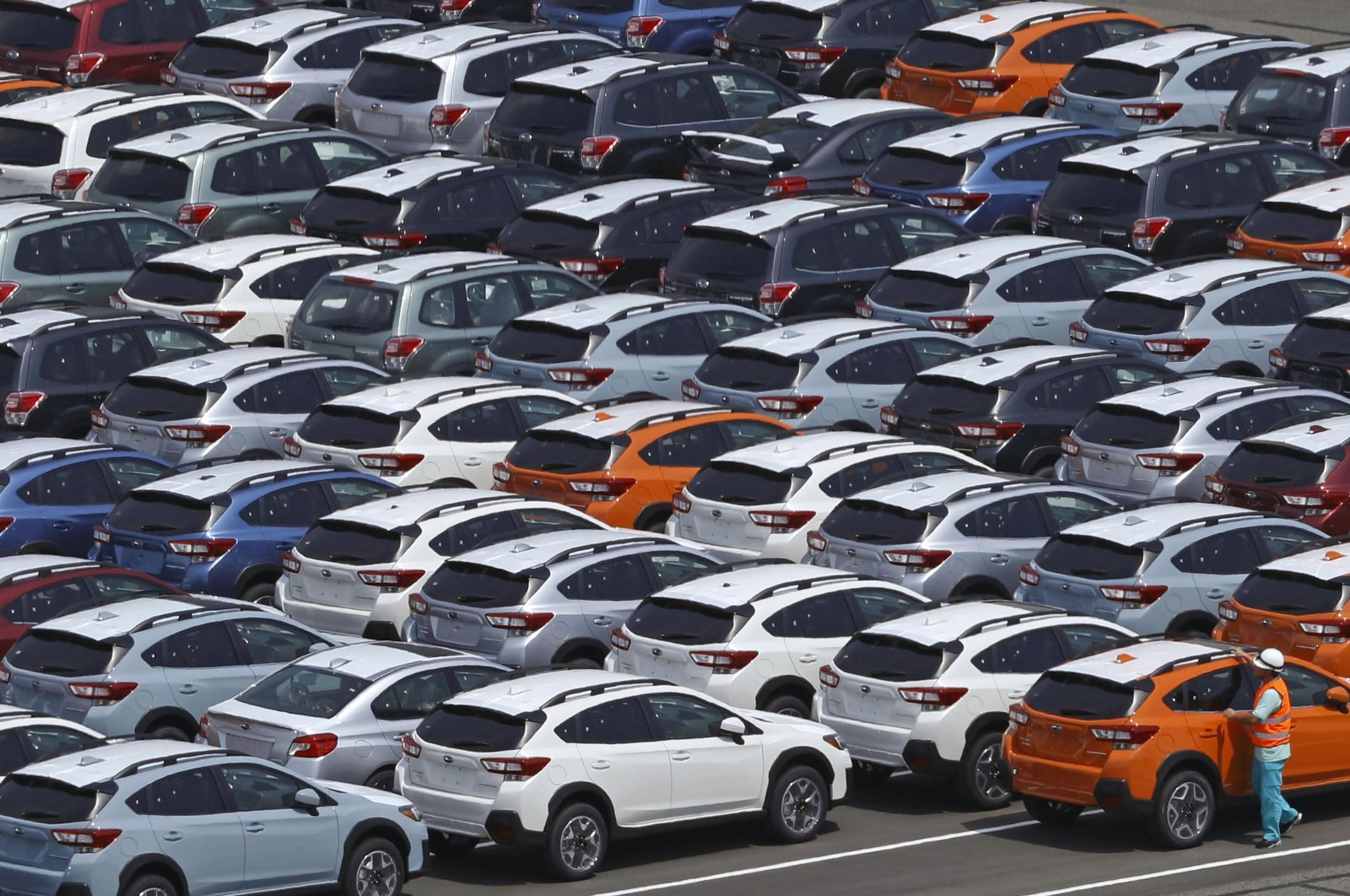 Japan's exports marked a fifth straight month of double-digit growth in July, driven by U.S.-bound shipments of automobiles in a positive sign for a trade-led economy, although a key gauge of capital spending fell for the first time in four months.

The mixed batch of indicators underscored fragility in the world's third-largest economy, which grew 1.3% in the April-June quarter due to solid exports and a surprise gain in private consumption.

Japanese exports in July jumped 37% year-on-year from a year ago, Ministry of Finance data showed, highlighting an overseas recovery from the pandemic.

The figure came in below projections of the around 39% increase expected by economists in a Reuters poll, although the gain was exaggerated by the contrast to the prior year's COVID-19-induced slump.

"Exports remained in an uptrend, which will continue in the coming months even though car production may face supply constraint due to chip shortages," said Yoshimasa Maruyama, chief economist at SMBC Nikko Securities.

"Although the service sector may take a hit from a prolonged COVID pandemic, corporate capital spending and output will stay on firm footing," he said.

Still, Suga may roll out a stimulus package of around 30 trillion yen ($274 billion), which will be used as a show of political will to back the economy at the time of the elections, Maruyama added.

By region, Japan’s exports grew to the U.S., Asia and Europe; while imports increased from Brazil, Belgium and Kuwait. By category, exports grew in food, iron and steel products, and electronic parts. Imports rose in food, auto parts and oil.

Sales to China, its largest trading partner, rose 18.9% in the year to July, led by chip-making equipment and plastic, the data showed.

U.S.-bound shipments, another key market for Japanese goods, grew 26.8% in July led by exports of cars, car parts and motors, it showed.

Imports also grew, rising 28.5%, according to the data, versus the median estimate for a 35.1% increase, for the second straight month of a trade surplus for the world’s third-largest economy.

The trade balance posted a surplus of 441 billion yen ($4 billion), compared with the median estimate for a 202.3 billion yen surplus.

Brisk external demand has helped underpin Japan's factory activity although a global chip shortage and signs of stalling in China's economic recovery are sources of concern.

Separate data by the Cabinet Office showed core machinery orders, a highly volatile indicator of capital spending for the coming six to nine months, fell 1.5% in June from the previous month, versus a 2.8% decline expected by economists in a Reuters poll.

Year-on-year, core orders, which exclude those of ships and electricity utilities, jumped 18.6% in June, a third straight month of annual gain, prompting the Cabinet Office to maintain its view machinery orders are showing signs of a pick-up.

The strong trade numbers come even as Japan is seeing a surge in COVID-19 cases that are causing some hospitals to turn away patients.

The government state of emergency was extended Tuesday through Sept. 12. It had previously been set to end this month.

Suga also expanded the regions under emergency and a less strict quasi-emergency to about two-thirds of the nation. He promised hospital systems will be reorganized to increase wards to care for COVID-19 patients.

Japan has been trying to balance curbing infections while keeping the economy going.

The emergency is centered around having restaurants and bars close early and not serving alcohol, and asking department stores and shopping malls to limit crowd size. Some government advisers have suggested stricter measures may be needed.

Japan has had more than 15,000 COVID-19-related deaths. But worries are growing about the new more contagious delta variant. After the Tokyo Olympics were held without fans, the Paralympics open later this month with similar anti-virus measures in place.

Although the vaccine rollout started slowly, about 40% of the population now is fully vaccinated.