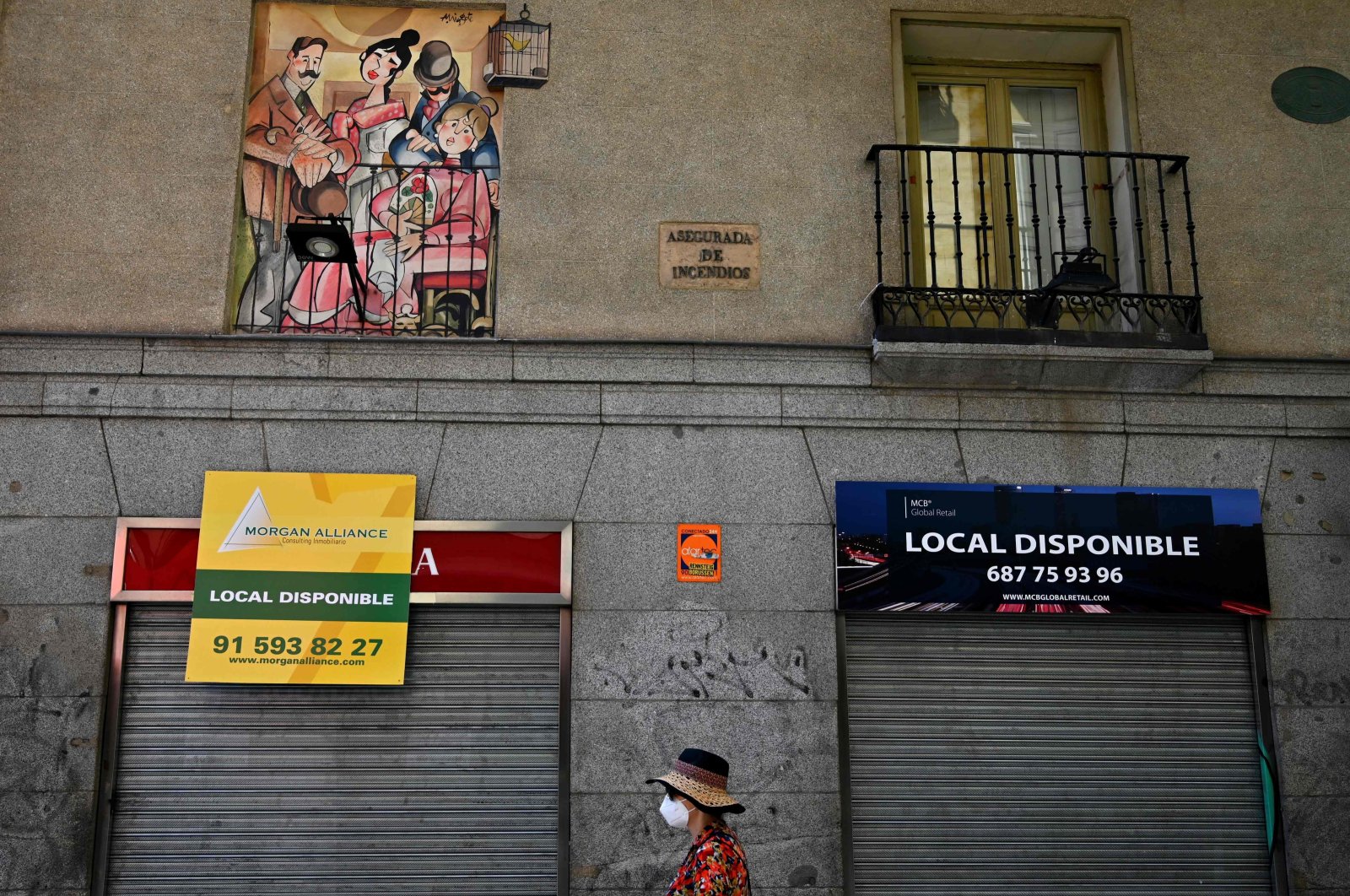 France, Italy and Spain reported precipitous contractions Friday for their coronavirus-battered economies, with the pandemic wiping out years of growth in a matter of weeks as the lockdowns closed shops, factories and restaurants.

The Spanish economy shrank by 18.5% in the April-June period from the previous quarter, the French economy nearly 14% and Italy 12.4%.

The Spanish contraction was by far the sharpest slump since the country’s national statistics agency began collecting data. Spanish Prime Minister Pedro Sánchez was meeting later Friday with the leaders of Spain’s regions to discuss how to rebuild the economy and where to deploy billions of euros in European Union aid for recovery.

Spain in mid-March went into a more than three-month lockdown, bringing much economic activity to a halt, as COVID-19 cases and deaths surged. The lockdown ended June 21.

In France, the startling plunge of 13.8% in April-June from the previous three-month period also starkly illustrated the punishing economic cost of its two-month lockdown. It was the third consecutive quarter of economic contraction in France's worsening recession. The pain has been so damaging to jobs and industries that the government is talking down the possibility of another nationwide lockdown as infections tick upward again.

France's economy was already shrinking in the last quarter of 2019, before the coronavirus pandemic hit with full force. For France and other major economies, it caused a head-spinning decline.

“All the growth in GDP seen in the 2010-2019 decade has been wiped out in five months,” said Marc Ostwald, chief economist at ADM Investor Services International. In Italy's case, economists said it wiped out about 30 years of growth.

As lockdowns have eased and many businesses reopened, there are hopes the recession will be short-lived, though an uptick in contagions in many countries remains a risk.

France is faring worse than Germany, Europe’s largest economy, which on Thursday reported a 10.1% plunge in GDP during the April-June period as its exports and business investment collapsed. Germany's drop was also the biggest since quarterly growth figures began being compiled in 1970, the official statistics agency said.

In March, the health crisis prompted the French government to introduce what was one of Europe's strictest lockdowns, halting much activity in the second-largest economy of the countries that use the euro currency. In France, COVID-19 has now killed more than 30,000 people and infected more than 186,000.

In releasing its morose figures Friday, Insee said the economic low point was in April, when only workers deemed essential were able to leave their homes. Activity started to pick up again from May as authorities began to ease lockdown restrictions, Insee added.

Friday's figures showed that the construction industry was among the hardest-hit in France, as worksites stood idle, with laborers forced to stay home.

Locked-down families, many surviving on government handouts and job-preservation schemes, tightened their purse strings amid fears for jobs but also because shops were closed. Household spending plunged 11% in April-June, following a drop of 5.8% in the first quarter.

Trade was also battered, as global lockdowns grounded flights, closed borders and factories, and threw transport into disarray. French imports, already down by 5.5% in the first quarter, shrank further in the second quarter, down 17.3%.

The damage to exports was even more pronounced, down by a whopping 25.5% in the second quarter after retreating by 6.1% in the first quarter.