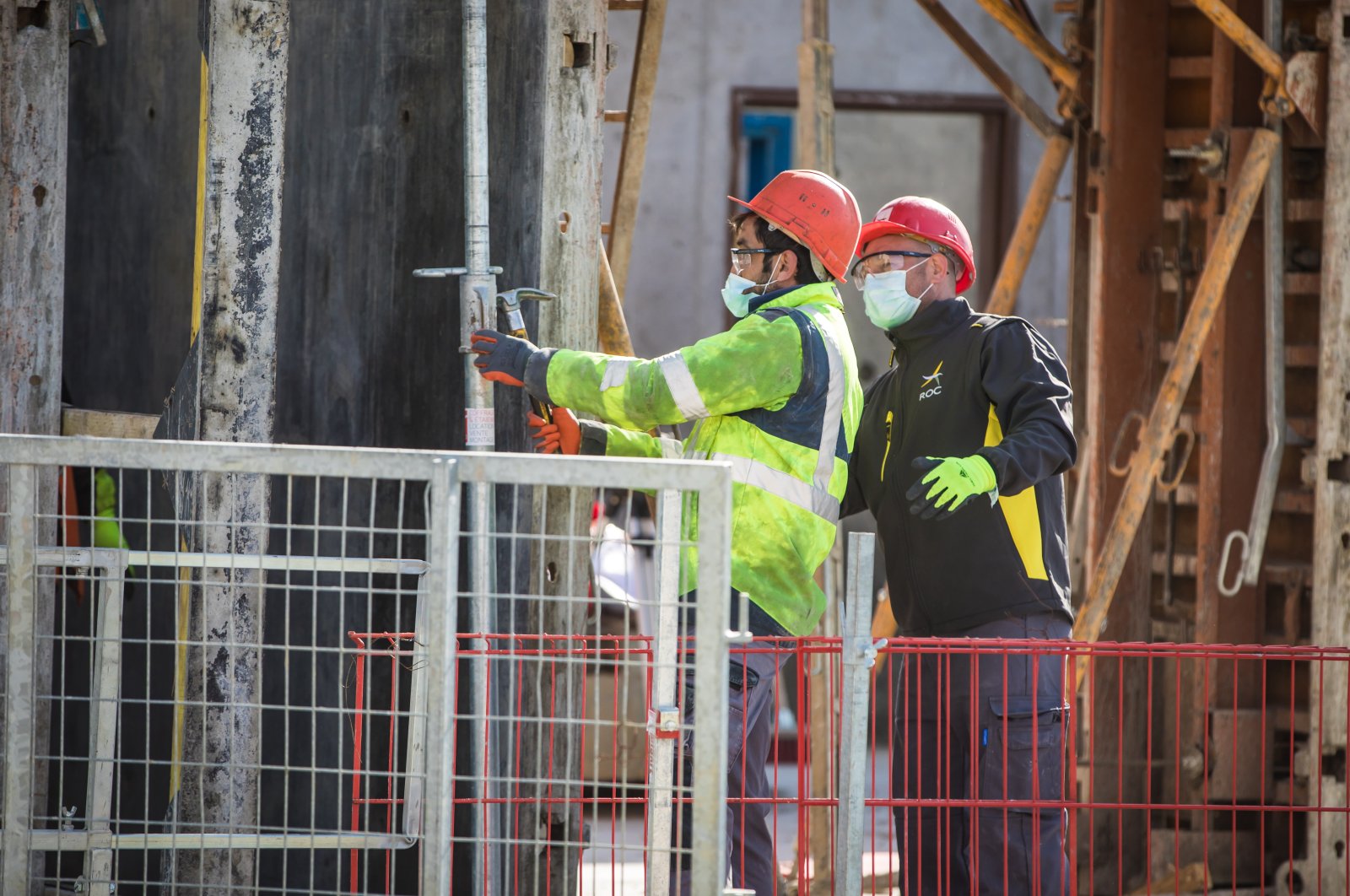 Workers of Constructions Company 'ROC' wearing protective mask install scaffolding on a construction site following a visit of the French Labour Minister, regarding the return of economic activity and the organization of security measures in Montevrain, near Paris, France, May 12, 2020. (EPA Photo)
by French Press Agency - AFP May 12, 2020 2:18 pm
RECOMMENDED

French economic activity was down 27% in April compared with its expected trajectory before the coronavirus pandemic but this was still a slight improvement from March, the Bank of France said Tuesday.

The economy had been predicted to grow 0.1% in the first quarter of the year, the central bank said, with the 27% drop counted from where it would have reached in April.

While the lost output was massive, the outcome actually represented an improvement on the last two weeks in March after the lockdown began, when the downturn was running at an estimated 32%, it said.

"With a full month of lockdown in April, economic activity hit a particularly low level," it said.

Industrial capacity use, for example, fell from 77% in February to 56% in March and then 46% in April, "the lowest level ever recorded," the Bank of France said in a regular report.

For April alone, industrial capacity in use varied from 77% in the pharmaceutical sector to just 8% in the auto industry.

The central bank noted that companies had adapted to the new conditions, putting in place health measures for workers and this meant fewer plant closures and the resumption of output.

Services such as restaurants and hotels were badly hit, with closures running at 24 days for the month of April, while other sectors such as programming and consultancy suffered much less.

"For the month of May and after the lockdown, companies expect a pickup in activity, with the exception of hotels and restaurants, but this will be a long way from making up for the losses of the two previous months," the central bank said.

"The loss for the whole year will be larger than that because as things get going again, the activity will remain partial," he told France Inter.

France has been badly hit by the coronavirus but the government began easing lockdown restrictions on Monday in an effort to limit the economic damage.