From oil fields to pipelines, US energy industry faces bankruptcy due to oversupply, lack of demand 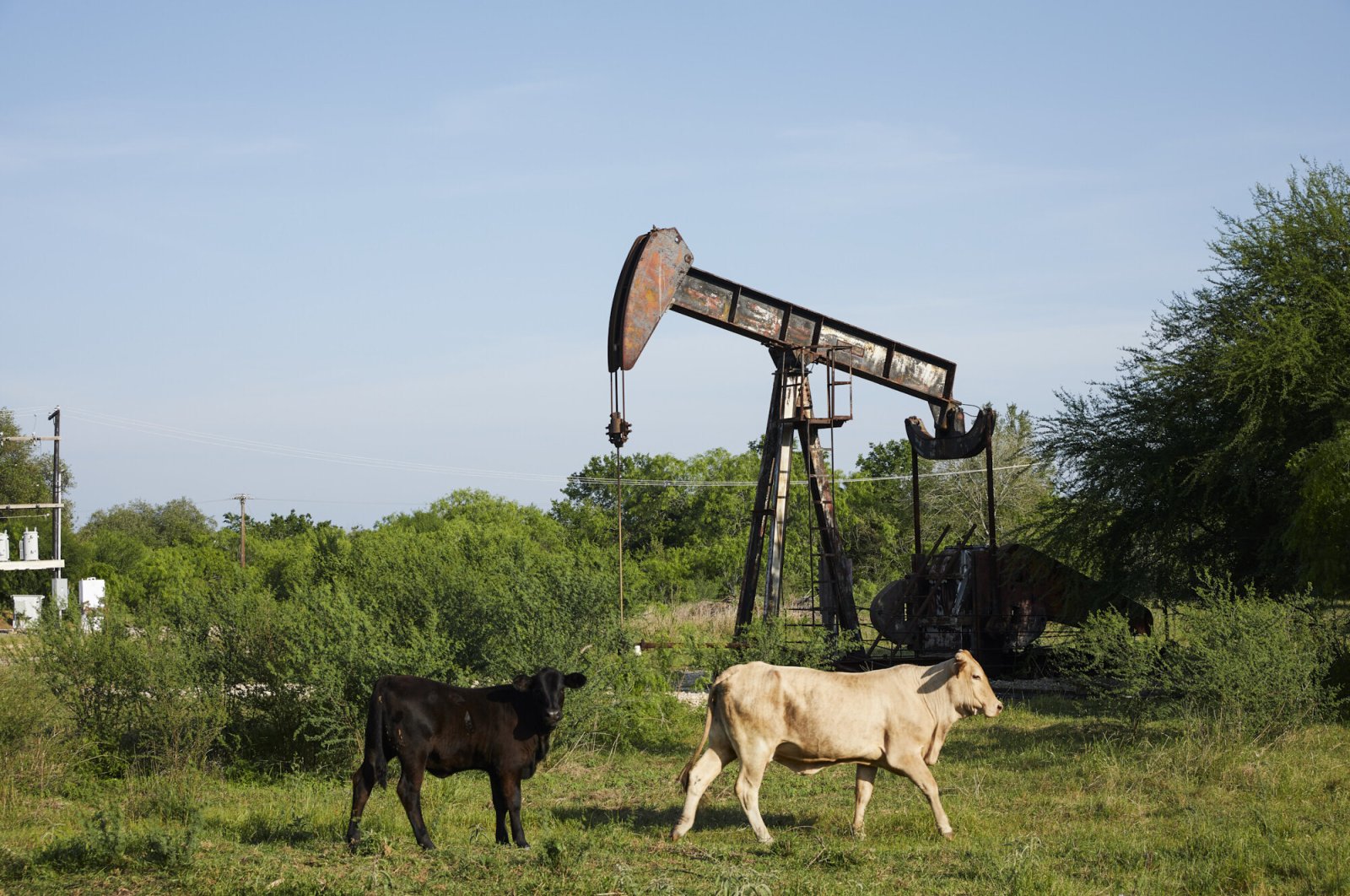 Fuel demand has tumbled roughly 30% worldwide due to the coronavirus pandemic while production continue despite cuts. (AA Photo)
by REUTERS Apr 23, 2020 1:37 pm
RECOMMENDED

U.S. shale producers, refiners and pipeline companies are scrambling for cash and face likely restructuring as they struggle under heavy debt loads and a dual supply/demand shock in the worst crisis the oil industry has faced.

Fuel demand has tumbled roughly 30% worldwide due to the coronavirus pandemic, and just as the health crisis worsened a price war between Russia and Saudi Arabia flooded markets with crude. The industry was already struggling to satisfy investors unhappy with weak returns, even as the United States surged to become the world's largest oil producer in the last few years.

That perilous position was before U.S. prices crashed deep into negative territory on Monday, as much as $38 per barrel in the red. This sudden rout came despite substantial spending and output cuts having already been announced by U.S. producers and reflected a price environment well below levels that companies and advisers had modeled in worst-case scenarios, according to energy lawyers.

Approximately half of the top 60 independent U.S. oil producers will likely need to review options for securing more liquidity, according to energy lawyers at Haynes and Boone.

"The reverberations from this price collapse will be felt throughout the industry and by everyone who provides services to the industry," said Buddy Clark, a Houston-based partner at the firm.

Companies that used debt to fund acquisitions before prices crashed, such as oil giant Occidental Petroleum Corp., are focusing on placating shareholders and preserving cash.

Numerous midstream companies backed by private equity are in danger of bankruptcy, according to some of the more than a dozen industry and financial sources Reuters spoke to, while large banks are preparing to become owners of oil and gas fields as they seize energy assets.

One midstream company, Salt Creek Midstream, which operates in the Delaware Basin in Texas, had already hired Jefferies Financial Group and law firm, Kirkland & Ellis, for debt advice before the week's events, according to three sources aware of the matter, speaking on condition of anonymity to discuss non-public information.

Salt Creek and its advisers declined to comment, as did private equity investors Ares Management Corp and ARM Energy.

The forecast loan default rate for 2020 among energy companies is 18%, according to Fitch Ratings, while nearly 20% of all energy corporate bonds are trading below 70 cents on the dollar, indicating distress, according to data from MarketAxess.

Occidental Petroleum hoped asset sales would help reduce its debt pile, which stood at nearly $39 billion at the end of 2019 after its massive acquisition of Anadarko Petroleum last year. It has since cut costs twice and slashed its prized dividend.

Privately held pipeline operators are considered the most vulnerable among midstream companies, bankers said. As shale producers hit bankruptcy, they're expected to try to use court proceedings to exit pipeline contracts which charge transport fees based on oil and gas prices well above current levels, according to Buddy Clark and Charles Beckham, another Haynes and Boone partner.

Midstream companies are also threatened by a slow fall in production, as wells are being plugged due to poor market conditions. Based on company estimates, at least 600,000 barrels per day (bpd) of U.S. production cuts have been announced, and that cuts off transportation fees earned by pipeline companies.

A number of these midstream operators borrowed heavily to finance pipeline systems, built to support producers developing new, costlier shale plays when oil prices were higher, but are no longer profitable.

Debt belonging to private midstream operators is trading at distressed levels, with many between 40 and 50 cents on the dollar, such as Brazos Midstream, a Delaware Basin operator whose long-term debt was downgraded to CCC+ by Fitch Ratings last week, a rating described as implying substantial risks.

Oil refiner PBF Energy built up a network of six U.S. refineries over a decade, including this year's nearly $1 billion purchase of a San Francisco-area plant. With the market's slide, the entire company is currently worthless by capitalization other than that purchase.

PBF last month said it would sell hydrogen gas plants for $530 million to raise cash. That sale "solves some short-term problems for them," said one person familiar with the transaction, but cautioned that this alone will not stabilize the company unless fuel demand begins to recover. The person declined to be identified because the matter was not public. The company declined to comment.

The demand, however, is down by roughly 25% in the U.S., and oversupply is expected to linger for months.

An April survey of energy producers by the Federal Reserve Bank of Kansas City found nearly 40% would be insolvent within a year if oil prices remained around $30 a barrel. U.S. crude prices closed under $14 a barrel on Wednesday.

"The restructuring guys are extremely busy. I don't think they'll be busy for just this year – I think it's a multi-year process," James West at investment bank Evercore ISI told investors Wednesday.