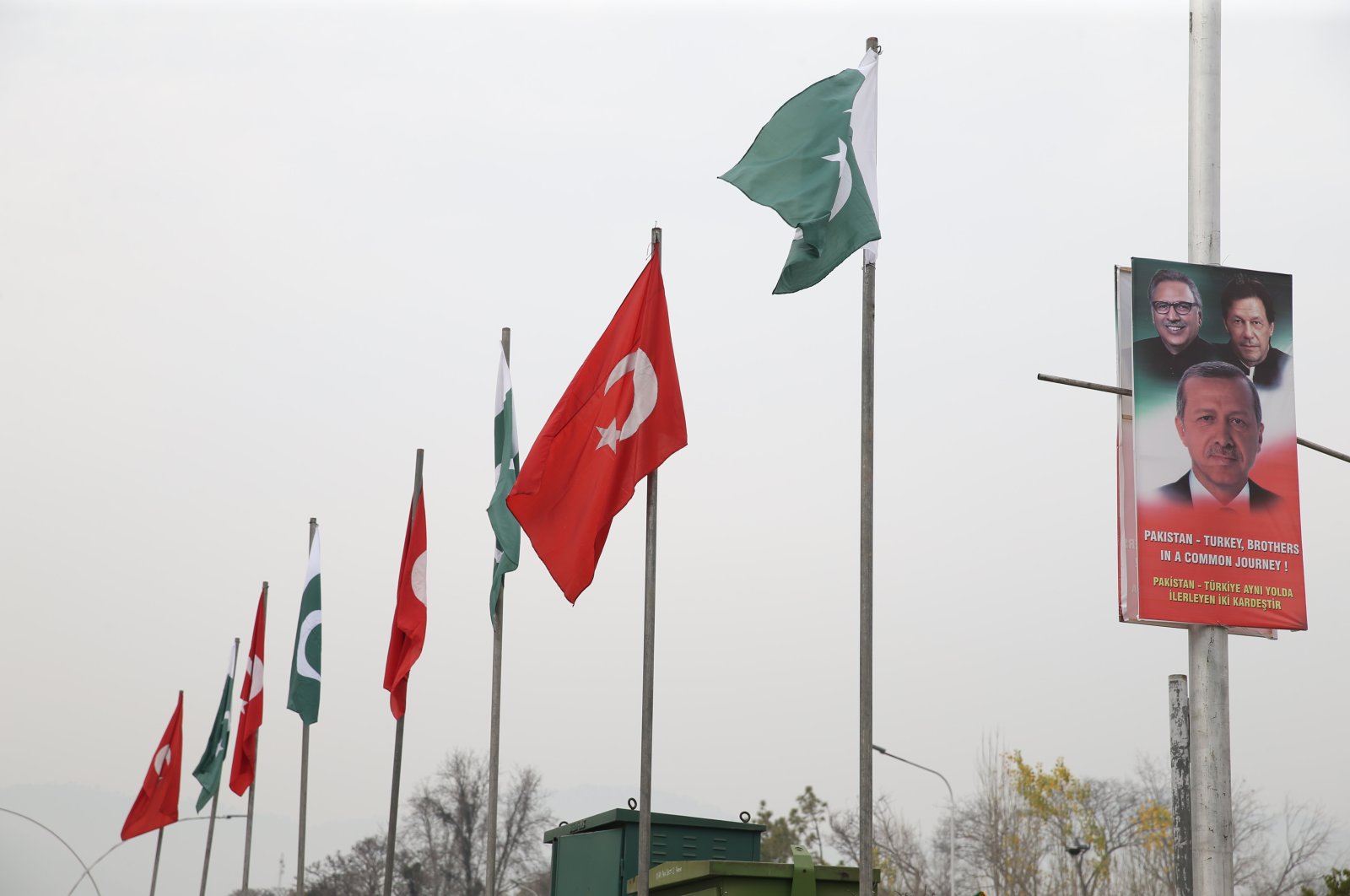 The signing of a long-awaited free trade agreement and an action plan agreed on by Turkey and Pakistan could add impetus to trade volume, according to business representatives, helping the nations reach their bilateral target.

The two countries agreed last year during President Recep Tayyip Erdoğan’s visit to Islamabad to lift their bilateral trade volume to $1 billion (TL 8.54 billion) in the near term, before reaching the final goal of $5 billion by 2023.

The two countries are engaged in the Strategic Economic Framework (SEF), which aims to boost the exchange of goods.

Along with the SEF, an action plan and articles for the development of trade and investment relations have been determined in what will add necessary momentum to the trade, said Foreign Economic Relations Board (DEIK) Turkey-Pakistan Business Council Chairperson Ahmet Cengiz Özdemir.

The two countries have been fostering deeper socioeconomic relations in recent years, as they have seen their trade volume go up from $600 million to more than $800 million over the last five years.

The trade volume between Turkey and Pakistan totaled some $889 million in 2020, which Özdemir says does not reflect the current potential.

He noted that signing a free trade deal consistently, something voiced by the business world, would benefit bilateral trade and investment relations, paving the wave for greater momentum.

In addition to its deep historic relations with Turkey, Özdemir cited the young population of Pakistan and its central location in Asia, adding that the nation also offers important opportunities in multiple industries, including infrastructure and energy.

All of these factors make Pakistan an important market for Turkish businesspeople, he told Anadolu Agency (AA).

Özdemir particularly stressed the rising potential in agriculture, saying that the agricultural goods market, which was worth $22.1 billion in 2018, is estimated to reach $35 billion by as soon as 2023.

Özdemir thus stressed there could be opportunities for Turkish businesspeople particularly in the food and drink industry and related technologies.

“The machinery holds an important place in Pakistan’s imports, and I think that the share of our Turkish companies in the machinery imports carried out by Pakistan could be greater,” he said.

“I believe that efforts could be made for our companies to export more agricultural machinery to Pakistan, which particularly has the vision to increase agricultural production.”

Özdemir also cited the potential held by Pakistan’s construction industry, which is estimated to reach nearly $35 billion by 2023, up from $26.7 billion in 2018.

He particularly pointed to the China–Pakistan Economic Corridor (CPEC), a collection of infrastructure projects that are under construction throughout Pakistan since 2013.

“Turkish companies need to be more actively involved in infrastructure, dams, roads and construction projects within the CPEC,” Özdemir stressed.

Citing the impact of the CPEC in the field of infrastructure construction and the potential it offers for Turkish businesspeople, he noted that there are also opportunities for foreign companies in Pakistan, especially in areas such as the development of road and railway infrastructure, advanced warehouses, solid waste management, logistics technologies and infrastructure planning and development.

“To date, our Turkish construction and contracting companies have participated in 68 projects in Pakistan worth $3.4 billion. Regarding the sector, we see that housing construction in Pakistan corresponds to 51.3% of the total value of the industry,” he said.

Özdemir stressed there is a need for around 700,000 new residential properties per year in the country with the fifth largest population in the world.

Among others, Özdemir also pointed to the increasing cooperation in the defense area.

“One of the important pillars of economic cooperation between our countries is cooperation in the field of the defense industry. Especially with the interstate agreements, the opening of a path before private sector, we see that we could obtain a good market in this sector in Pakistan,” he noted.