Fueled by mortgages, house sales records over 50% jump in February 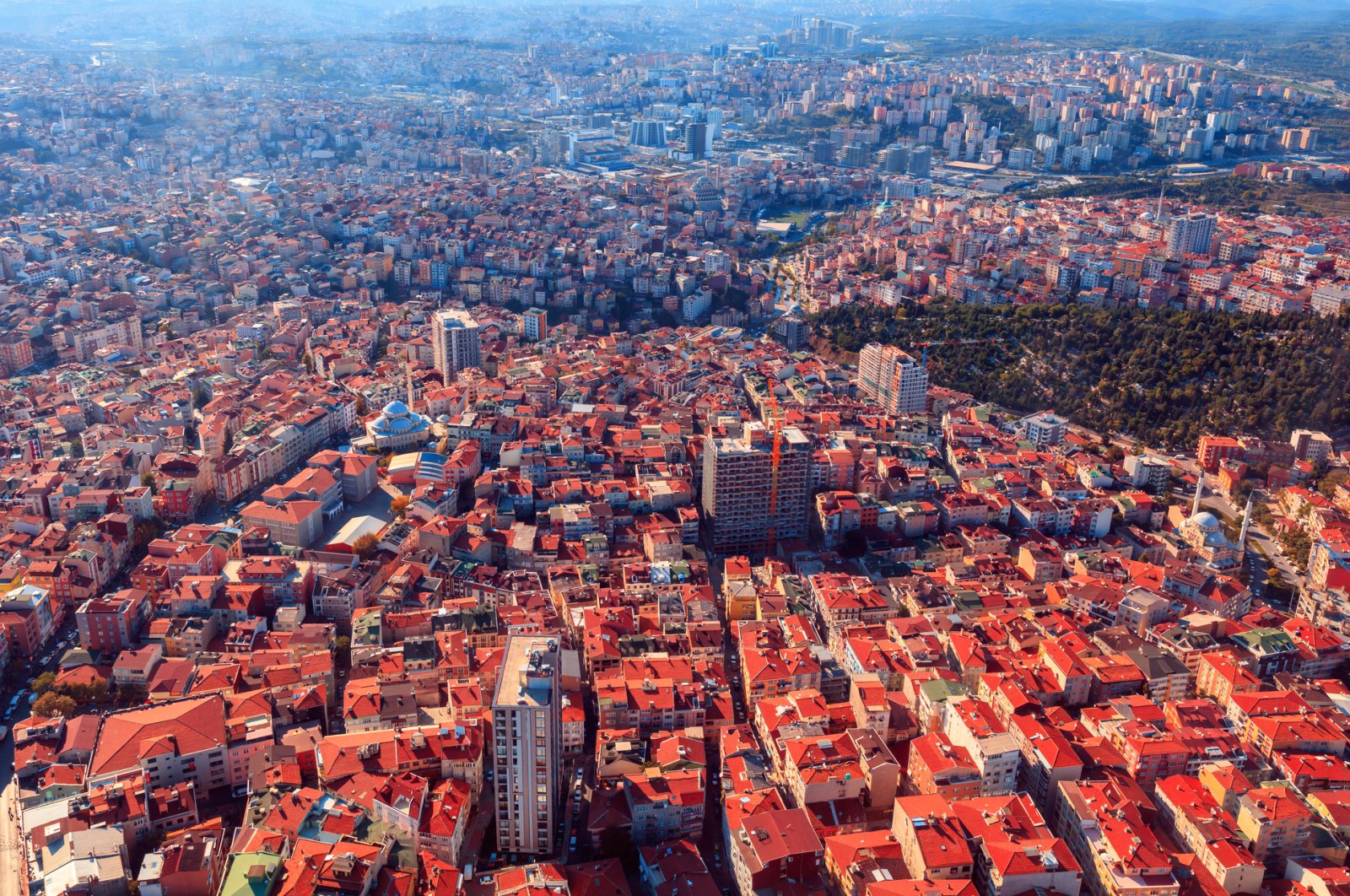 An aerial view of Turkey's financial capital Istanbul, which had the largest share in house sales in February. (iStock Photo)
by DAILY SABAH Mar 16, 2020 3:24 pm

February house sales were boosted by a skyrocketing 391% increase in sales with mortgages, prompted by rate cuts, while foreigners bought over 20% more houses last month compared to a year earlier

Some 118,750 houses changed hands last month, up from almost 96,000 in the month a year earlier, the Turkish Statistical Institute (TurkStat) said in a statement. The sales also recorded a 4.5% growth compared to last month’s figure, up from 113,615 houses.

Istanbul – Turkey's largest city by population and one of its top tourist centers – took the largest share of overall housing sales with 13,326 houses in February, making up 19% of the total share. The country’s capital, Ankara and the Aegean province of İzmir followed Istanbul with 11.2% and 6.5%, respectively.

Sales with mortgages recorded a 391% jump year-on-year in February with 43,733 units of sales involved mortgages, according to official data.

The Central Bank of the Republic of Turkey (CBRT) has slashed its key interest rates by 1,325 basis points since July last year after having raised the key rate to 24% in September 2019 in the face of rising inflation. The CBRT lastly cut its key interest rate to 10.75% last month.

The bank will meet on Thursday to decide on interest rates. Economists expect the bank will cut rates by as much as 100 basis points, which would take the policy rate into single-digits.

Its easing monetary policy allowed public lenders and some private lenders to slash, among others, interest rates in mortgage loans, playing a major role in the increase of sales.

Sales to foreigners jump over 20%

Housing sales to foreigners were also on the rise during the same period, going up 20.6% to some 4,000 units.

Istanbul was the most popular destination for foreign buyers as well, accounting for almost 2,000 units, nearly half of sales to foreigners. The Mediterranean resort city of Antalya followed it with 805 properties, while the capital Ankara came in third with 265.

Iranians made up the largest group in foreign shares according to nationality with 721 units in February, unseating Iraqis who led the list in recent months. Iranians were followed by Iraqis with 691 house sales, Russians with 282, Afghans with 256 and Jordanians with 141.

Industry representatives expect the upward trend to keep its pace throughout this year and project year-end sales to foreigners to exceed 50,000 units.

Nevita Board Chairman Faruk Akbal said nearly 8,000 units were sold to foreign nationals in the first two months, with Istanbul, Bursa and Yalova becoming the most attractive cities for foreigners.

He added that the industry is expecting sales to foreigners to hit 50,000 units despite the coronavirus pandemic.

Anatolian Side Building Contractors Association (AYİDER) Deputy Chairman Ahmet Erkurtoğlu also emphasized that the real estate industry experienced an upward trend in property sales to foreigners but warned the coronavirus pandemic was likely to bring a slowdown to the market.

He highlighted that a 53.5% rise in the first two months' figure is owed to interest rates of less than 1% for housing loans and deposits. "Real estate has always been a safe investment tool," he added.

Bahaş Holding CEO Abdüssamet Bahadır said the surging sales were also critical in terms of creating new investments in the residential sector. “The increase in sale creates the need for constructing new houses, meaning this year will shape the next five years of the housing industry,” Bahadır said.