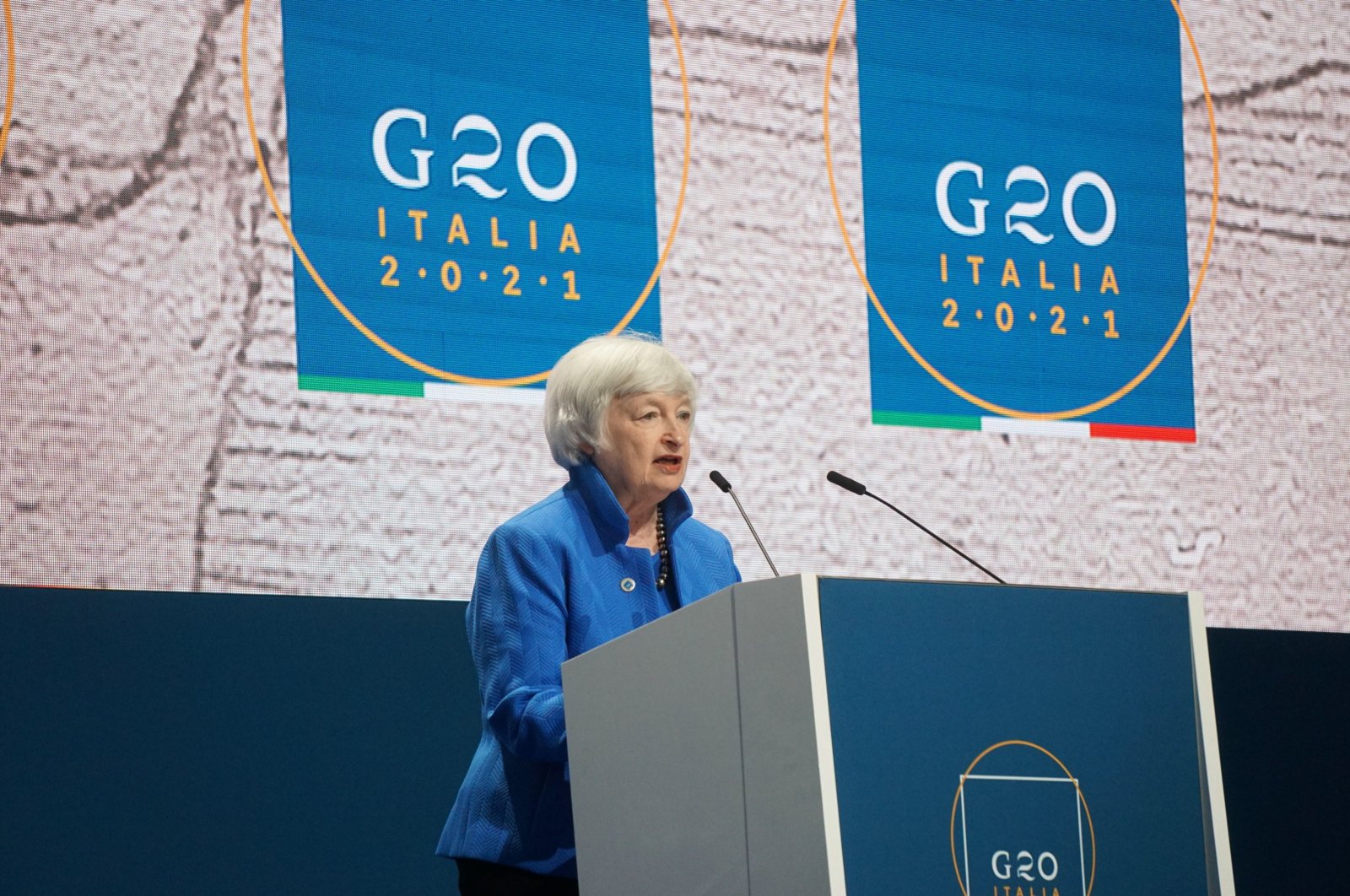 The finance ministers of G-20 countries on Saturday agreed on the historic global tax reform that will revamp the way multinational companies are taxed to make sure they pay their fair share wherever they operate.

Some 132 countries have already signed up to a framework for international tax reform – including a minimum corporate rate of 15% – that was agreed to earlier this month. But the endorsement by the 19 biggest economies in the world, plus the European Union, will help ensure it becomes a reality following years of negotiations.

"We have achieved a historic agreement on a more stable and fairer international tax architecture," the ministers said in a final statement following two days of talks in Venice, hosted by G-20 president Italy.

"We endorse the key components of the two pillars on the reallocation of profits of multinational enterprises and an effective global minimum tax," it said.

United States Treasury Secretary Janet Yellen, among those attending the grouping's first face-to-face meeting since February 2020, said the reform must now be implemented. "The world is ready to end the global race to the bottom on corporate taxation, and there's broad consensus about how to do it – with a global minimum tax of at least 15%," she said in a statement.

"The world should now move quickly to finalize the deal," she added.

French Finance Minister Bruno Le Maire said it was a "once-in-a-century opportunity" to change the global tax system, and added, "There is no turning back."

The reforms aim to prevent countries competing to offer the lowest tax rates to attract investment, which has often resulted in multinationals paying derisory levels of tax.

A final agreement is expected in the run-up to the G-20 leaders' summit in Rome in October, with hopes the reforms can be in place by 2023.

Countries including the United States, France and Germany, along with aid agencies such as Oxfam, have been pressing for a higher rate. But some nations are opposed even to this, including Ireland, which lured Apple and Google to Dublin with low tax rates. Without the agreement of Ireland and other EU hold-outs Hungary and Estonia, the European Union cannot implement the deal.

In their final statement, the G-20 ministers "invite" countries to sign up.

And hailing an "unprecedented agreement," EU economic affairs commissioner Paolo Gentiloni warned: "Our work is not done. We have until October to finalize this agreement. I am optimistic that we will be able in that time also to reach a consensus among all EU member states on this crucial issue."

Italian Finance Minister Daniele Franco said what had been achieved must not be underestimated. "To have worldwide rules for taxing multinationals, for taxing profits of big companies is a major change, it's a major achievement," he said.

The minimum tax rate is expected to affect fewer than 10,000 major companies, but the Organisation for Economic Co-operation and Development (OECD) estimates an effective 15% rate would generate an extra $150 billion in revenue per year. The measure is one of two so-called pillars of global tax reform that have been under negotiation for years and were given new impetus under U.S. President Joe Biden.

The profit reform would initially apply to the top 100 or so companies and is targeted at the most aggressive users of tax-reducing domiciles, such as technology giants Google, Amazon, Facebook and Apple.

Hundreds of protesters converged on Venice Saturday, although the Arsenal area of the lagoon city where the meeting was held was cordoned off to the general public.

The G-20, whose members represent about 85% of global wealth, did discuss the climate as well as the post-pandemic recovery.

Ministers warned that the global recovery was uneven and "exposed to downside risks, in particular the spread of new variants of the COVID-19 virus and different paces of vaccination."

They backed an initiative by the International Monetary Fund (IMF) to increase aid to countries struggling to cope with the pandemic through special drawing rights – international reserve assets – saying it must be implemented "by the end of August."