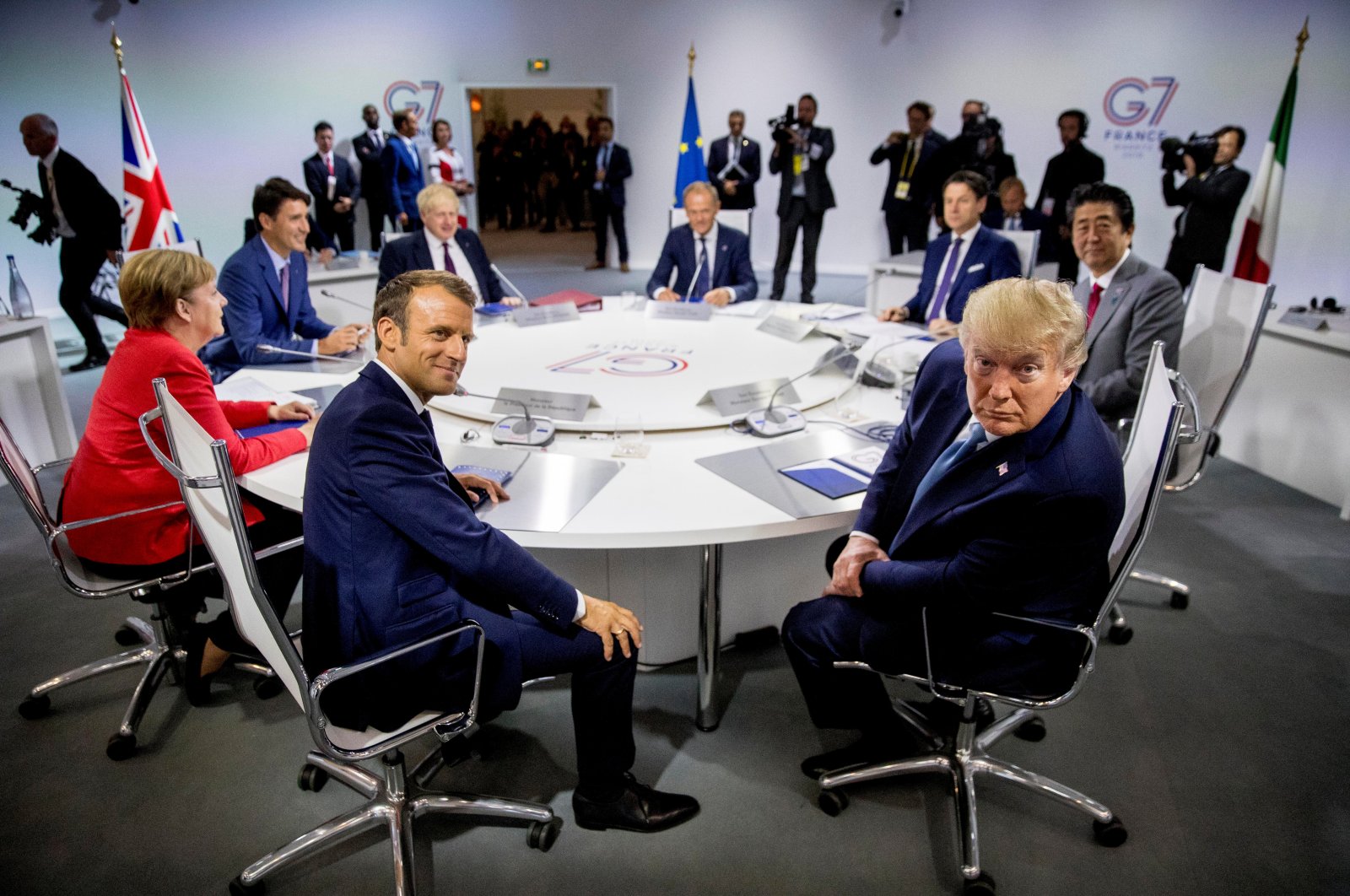 Leaders of G-7 countries participate in a working session on the global economy, foreign policy and security affairs at the G-7 Summit in Biarritz, France, Aug. 25, 2019. (Reuters Photo)
by Compiled from Wire Services Apr 14, 2020 5:01 pm
RECOMMENDED

The Group of Seven (G-7) advanced nations favor a temporary halt to debt payments from the world's poorest countries, but only if Group of 20 (G-20) governments also agree, G-7 finance ministers said Tuesday.

In a joint statement, G-7 finance ministers and central bankers said they were ready to provide "a time-bound suspension on debt service payments due on official bilateral claims for all countries eligible for World Bank concessional financing" if joined by China and other countries in the G-20 major economies, and as agreed with the Paris Club group of creditors.

"There's no doubt the global economy will come under pressure from the coronavirus pandemic," Japanese Finance Minister Taro Aso told reporters after attending the teleconference.

Earlier on Monday, World Bank Managing Director Axel van Trotsenburg said the agency is seeing "a huge willingness" on the part of official bilateral creditors to suspend debt payments by the world's poorest countries so they can focus on fighting the coronavirus pandemic.

He said the G-20 and G-7 countries had been largely supportive of a call by the World Bank and International Monetary Fund (IMF) for a temporary halt in debt payments.

"Everybody understands that we need to help the poorest countries. There is a huge willingness – as in nobody is questioning that, absolutely nobody," he told Reuters in an interview. "I think we are in a good place to move forward."

The World Bank and the IMF have begun disbursing emergency aid to countries struggling to contain the virus and mitigate its economic impact. They first issued their call for debt relief on March 25, but China – a major creditor – and other G-20 nations have not formally endorsed the proposal.

The two institutions are urging China and other big creditors to suspend debt payments from May 1 for International Development Association (IDA) countries that are home to a quarter of the world's population and two-thirds of the world's population living in extreme poverty. With a combined gross domestic product (GDP) of around $2 trillion, those countries face official bilateral debt service obligations of $14 billion through the end of 2020, the World Bank estimates.

The IMF announced on Monday the first round of debt relief grants to 25 of its poorest member countries, including Afghanistan, Mali, Haiti and Yemen.

The funds will cover those countries' debt service payments to the Fund for the next six months, but the IMF is pushing donor countries to more than double the $500 million available in its Catastrophe Containment and Relief Trust so it can extend the debt relief for a full two years.

The World Bank has already approved $2.1 billion in emergency funding for 32 countries to respond to the COVID-19 crisis, with decisions on 40 more expected this month.