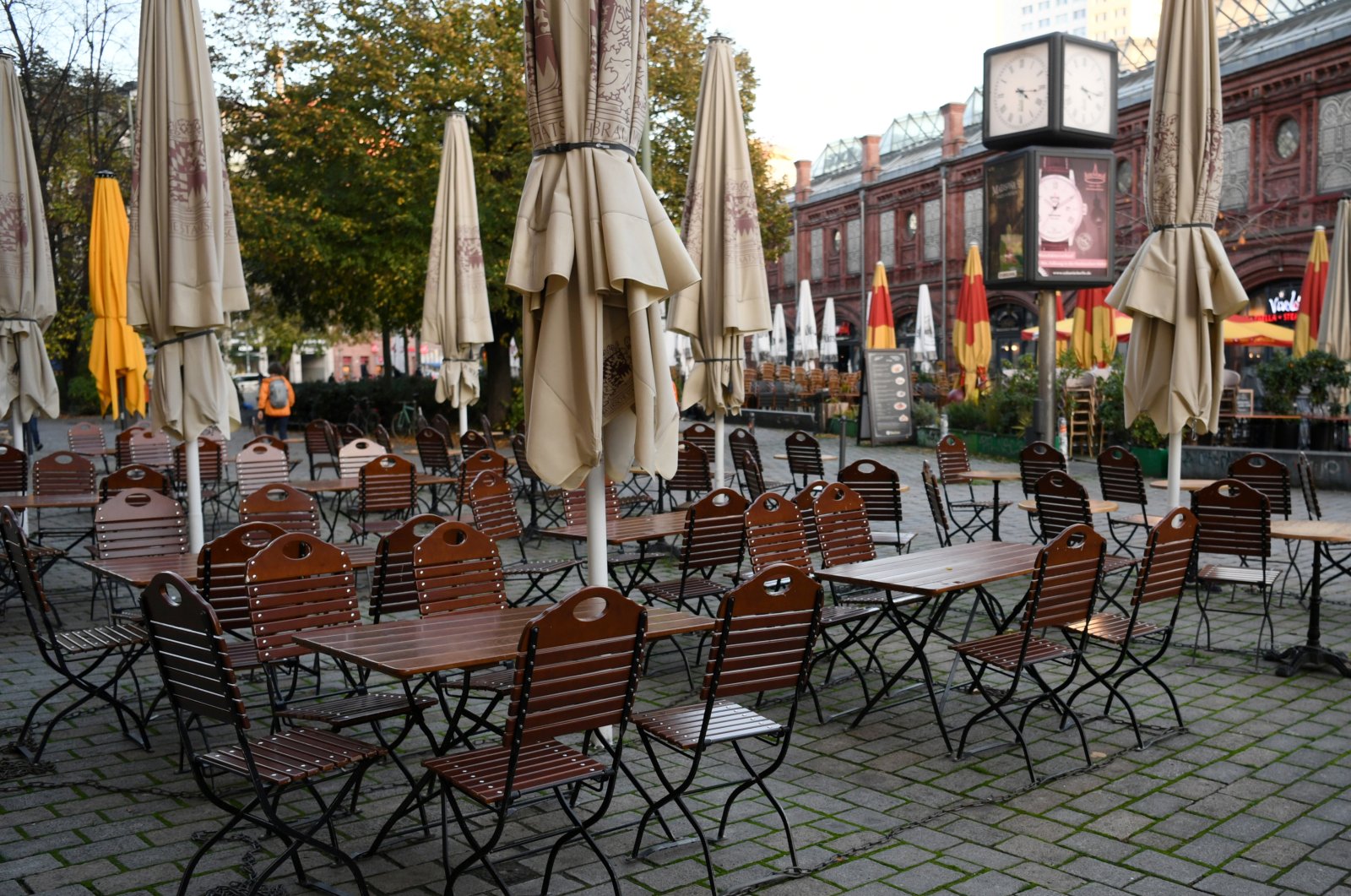 Empty chairs and tables are pictured on the first day of the temporary closing of restaurants, as the spread of COVID-19 continues in Berlin, Germany, Nov. 2, 2020. (Reuters Photo)
by French Press Agency - AFP Dec 03, 2020 4:12 pm
RECOMMENDED

Merkel's traditionally frugal government has pledged over a trillion euros in aid to shield German workers and companies from the pandemic fallout, among the biggest rescue packages in Europe.

But Altmaier said it was wrong to think "the state can spend money without limits."

A second coronavirus wave forced Germany to introduce another round of restrictions in November, shutting down bars, restaurants and hotels as well as cultural and leisure centers.

Businesses hit by the closures are entitled to claim aid amounting to up to 75% of their revenues for November and December 2019, expected to cost the government some 30 billion euros ($36 billion).

But from January, Altmaier said, the aid will once again be more targeted and largely focused on reimbursing firms for their fixed business costs such as office rent or car and insurance payments.

Merkel late Wednesday also said that support for German firms could "not continue as in November and December."

Altmaier urged Germans to "take a realistic view of the situation."

"When you're going through one of the worst recessions since World War II, a lot of people are going to pay a price.

"We can make it easier," he said. "But we cannot absorb the decline in economic activity and pretend nothing has happened."

The government plans to borrow more than 300 billion euros in 2020 and 2021 to combat the pandemic impact, blasting through its constitutionally enshrined "debt brake."

It expects to return to its usual fiscal rigor in 2022.

Echoing Altmaier, lawmaker Eckhardt Rehberg, the budgetary expert from Merkel's conservative CDU party, on Thursday said the government "does not have bottomless pockets."

The goal to restore the "debt brake" – which limits new borrowing to 0.35% of gross domestic product(GDP) – in 2022 is "ambitious enough," he told Deutschlandfunk radio.

Germany anticipates that the economy will shrink by 5.5% in 2020 before rebounding next year, a less painful recession than other European countries are forecasting.