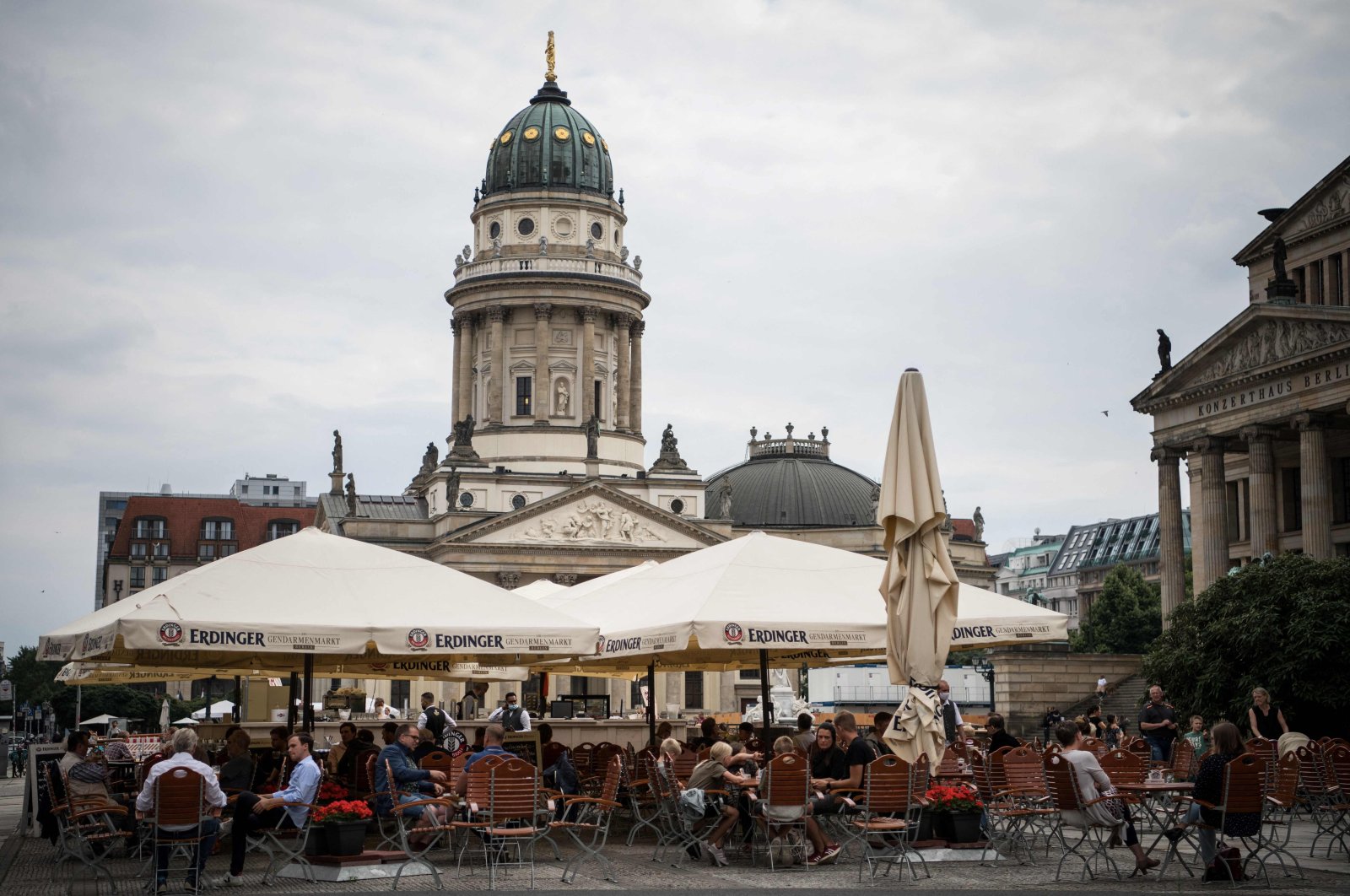 People sit outside in a restaurant at the Gendarmenmarkt in front of the New Church (Deutscher Dom) and the Konzerthaus concert hall in Berlin, Germany, July 22, 2021. (AFP Photo)
by French Press Agency - AFP Jul 26, 2021 12:32 pm
RECOMMENDED

Confidence in German businesses fell in July for the first time since January, dampened by shortages in the supply of materials along with the fears of a resurgence in coronavirus infections, according to a key survey released Monday.

The Munich-based Ifo institute's monthly confidence barometer, based on a survey of 9,000 companies, dropped to 100.8 points, down from 101.7 in June. Factset analysts had expected a rise to 102.0 points.

"Companies evaluated their current business situations as somewhat better, but their expectations for the coming months were significantly less optimistic," the institute said in a statement.

"Supply bottlenecks and concerns over newly rising infection numbers are weighing on the German economy," it said.

The indicator had not fallen since January and it remains well above 75.6, the level it fell to in April 2020 at the height of the first wave of the pandemic.

The July figure "shows that things are likely to continue to improve, but perhaps not as quickly as expected," said Jens-Oliver Niklasch, an analyst for LBBW bank.

"Even though the business climate softened in July, the Ifo business survey nevertheless testifies to a good business situation in the economy," added Fritzi Koehler-Geib of KfW bank, pointing to the recovery in sectors particularly affected by the pandemic, such as the hotel industry.

On the other hand, industry and construction are suffering from a shortage of materials, Koehler-Geib said, and the political response to the delta variant of COVID-19 is "still uncertain."

Chancellor Angela Merkel said on Thursday she was concerned about "exponential" growth of the virus in Germany.

Merkel said she expected cases to double in the next two weeks and urged as many Germans as possible to get vaccinated.