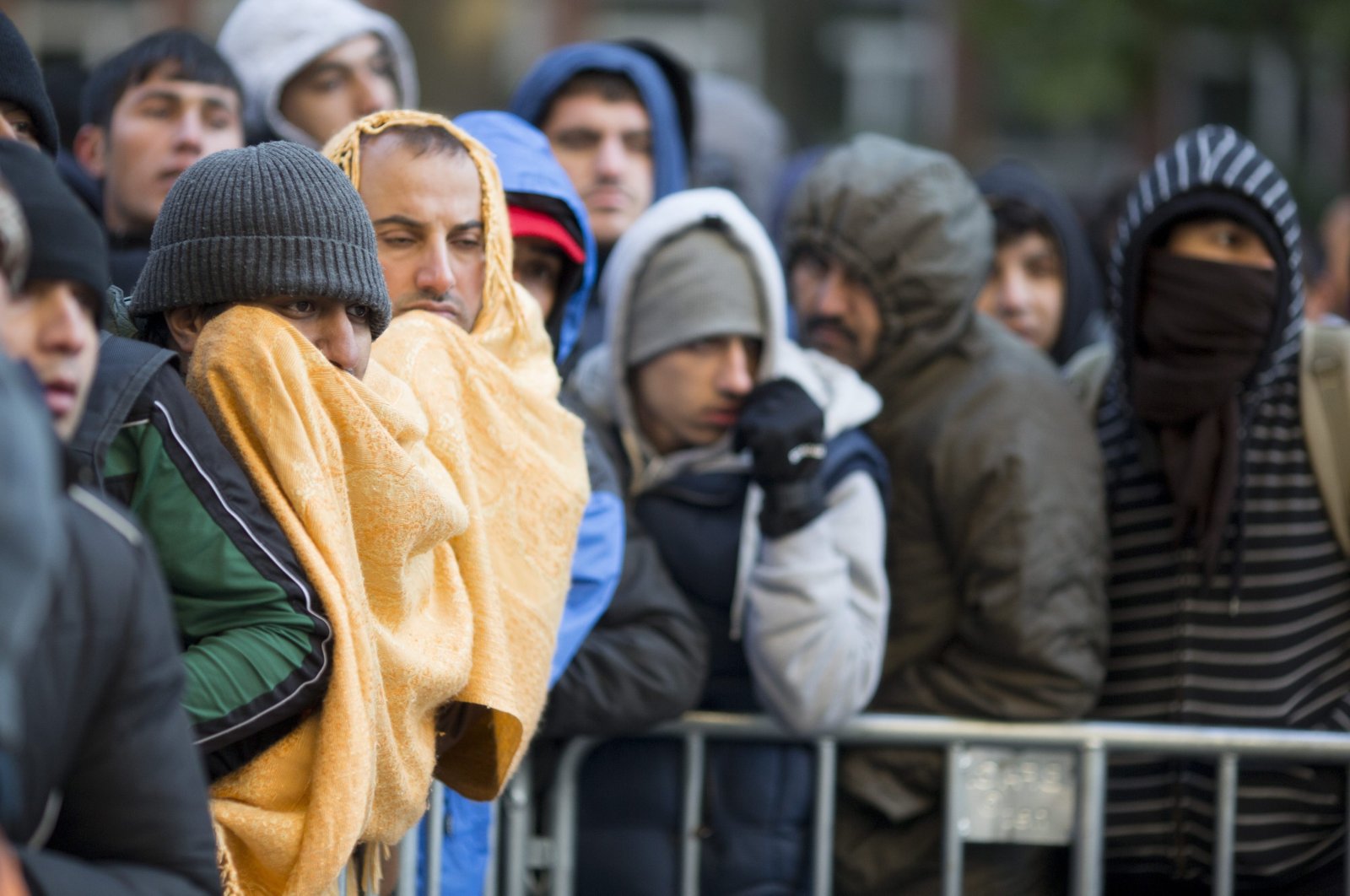 Refugees and migrants try to keep warm as temperatures hover around freezing as they wait for registration and allocation of a sleeping place on the premises of the State Office of Health and Welfare (LaGeSo) in Berlin, Germany, Oct. 12, 2015. (EPA Photo)
by German Press Agency - DPA Dec 11, 2021 2:29 pm
RECOMMENDED

The Free Democrats (FDP), the smallest member of Germany’s nascent coalition government, announced its support for a significant increase in immigration to secure the labor market.

This is a necessary move to cover the demand for labor and to enable growth and also secure the social welfare systems, said Christian Duerr, the new leader of the FDP's parliamentary group.

"The federal budget is now pouring over 100 billion euros ($113 billion) into the statutory pension insurance system as a tax subsidy. These are all justified claims by pensioners. But it shows the demographic imbalance," he told German press agency dpa.

Duerr had been elected on Tuesday to succeed Christian Lindner as parliamentary group leader of the liberal party in the Bundestag.

"The head of the Federal Employment Agency talks about a need for immigration of 400,000 people per year. I think the figure is realistic and I want to justify it," Duerr said.

"Firstly, in terms of economic policy: Together with Japan, we are one of the oldest countries in the world. Workers are currently in demand in all sectors in Germany without exception. Our prosperity depends on whether we can manage this."

Germany must behave like a modern immigration country and take its cue from countries like Canada, New Zealand or Australia in managing immigration.

"Everyone who wants to immigrate to Germany and also everyone who is here must ask themselves the question: Does he or she have a lasting desire to live in the midst of German society? And does he or she want to be successful in the labor market? I think these are two prerequisites," said Duerr. "And if they are not met, then integration will not be successful."

Regardless, he said, it is right to grant asylum or refugee status to people fleeing wars and whose lives are directly threatened.

"But I would separate the two things. One is humanitarian aid, and the other is targeted immigration into the German labor market," he said.

It is also unclear where immigrants will come from in the future, he said. "I can only speculate, it will also be the Asian region, but that remains to be seen," Duerr said.

"But just the fact that we don't really know today shows how bad we were in the past."