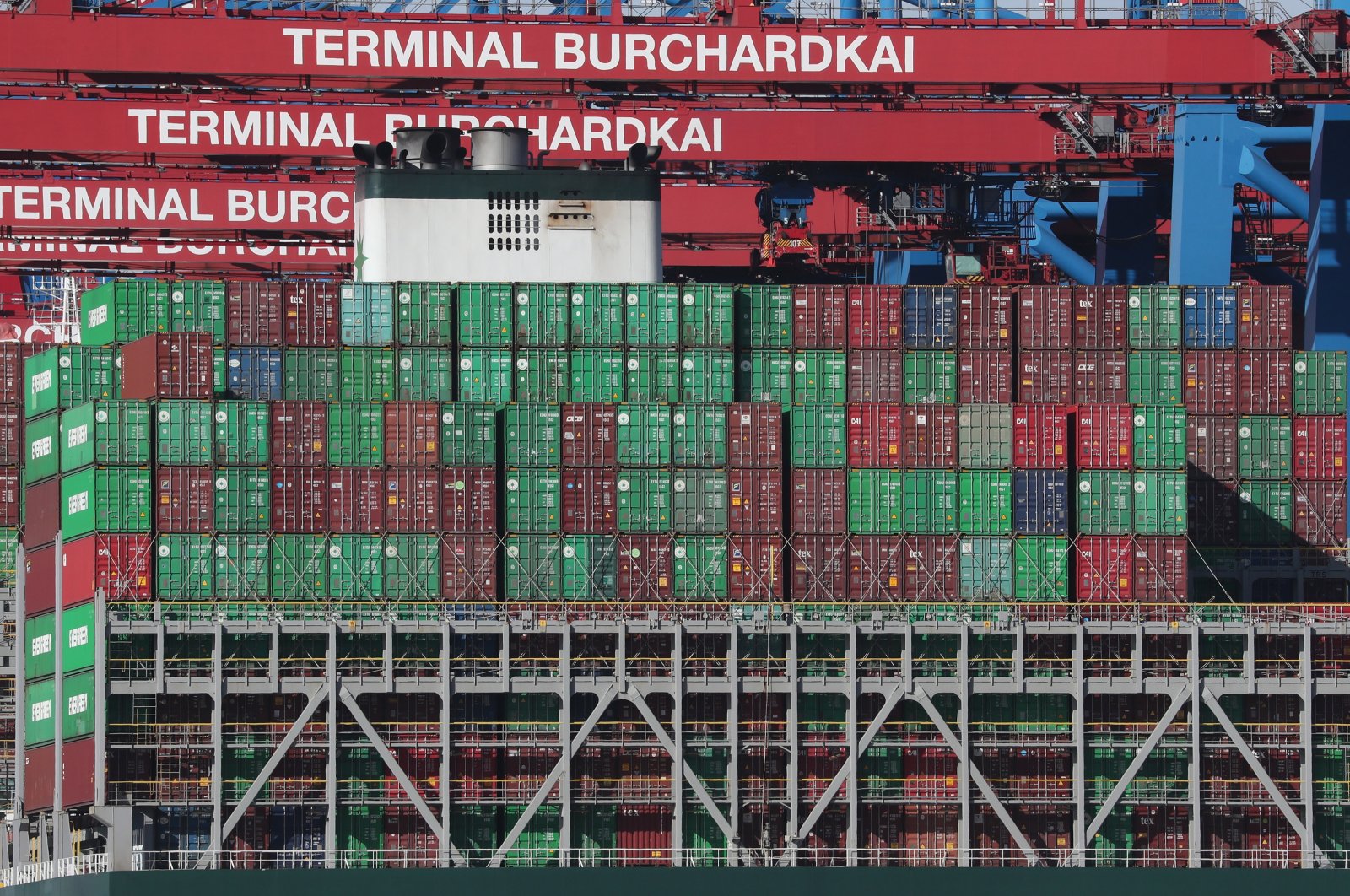 Containers are stacked on a ship at the Burchardkai container terminal of port operator HHLA in Hamburg, northern Germany, Feb. 24, 2021. (EPA Photo)
by REUTERS Mar 09, 2021 11:54 am
RECOMMENDED

Germany’s foreign sales saw an unexpected rise in January, buoyed by robust trade with China with manufacturers in Europe's largest economy starting the year on a positive note.

Seasonally adjusted exports increased 1.4% on the month after an upwardly revised increase of 0.4% in December, the Federal Statistics Office said on Tuesday. Imports fell 4.7% after showing no change in the prior month, an upward revision.

A Reuters poll had pointed to a 1.2% drop in exports and a 0.5% fall in imports. January's 1.4% increase in exports far surpassed even the most optimistic forecast.

"Net exports will thus be able to partially offset losses in private consumption in the economy as a whole - but not completely. On balance, the German economy will shrink in the first quarter," he said.

Most economists expect the economy to shrink in the first three months of the year, before rebounding in the second.

Recent German data has painted a picture of a two-speed economy in which export-oriented manufacturers are doing well while domestically driven services are suffering under lockdown measures imposed in early November and tightened in mid-December to contain a second wave of coronavirus infections.