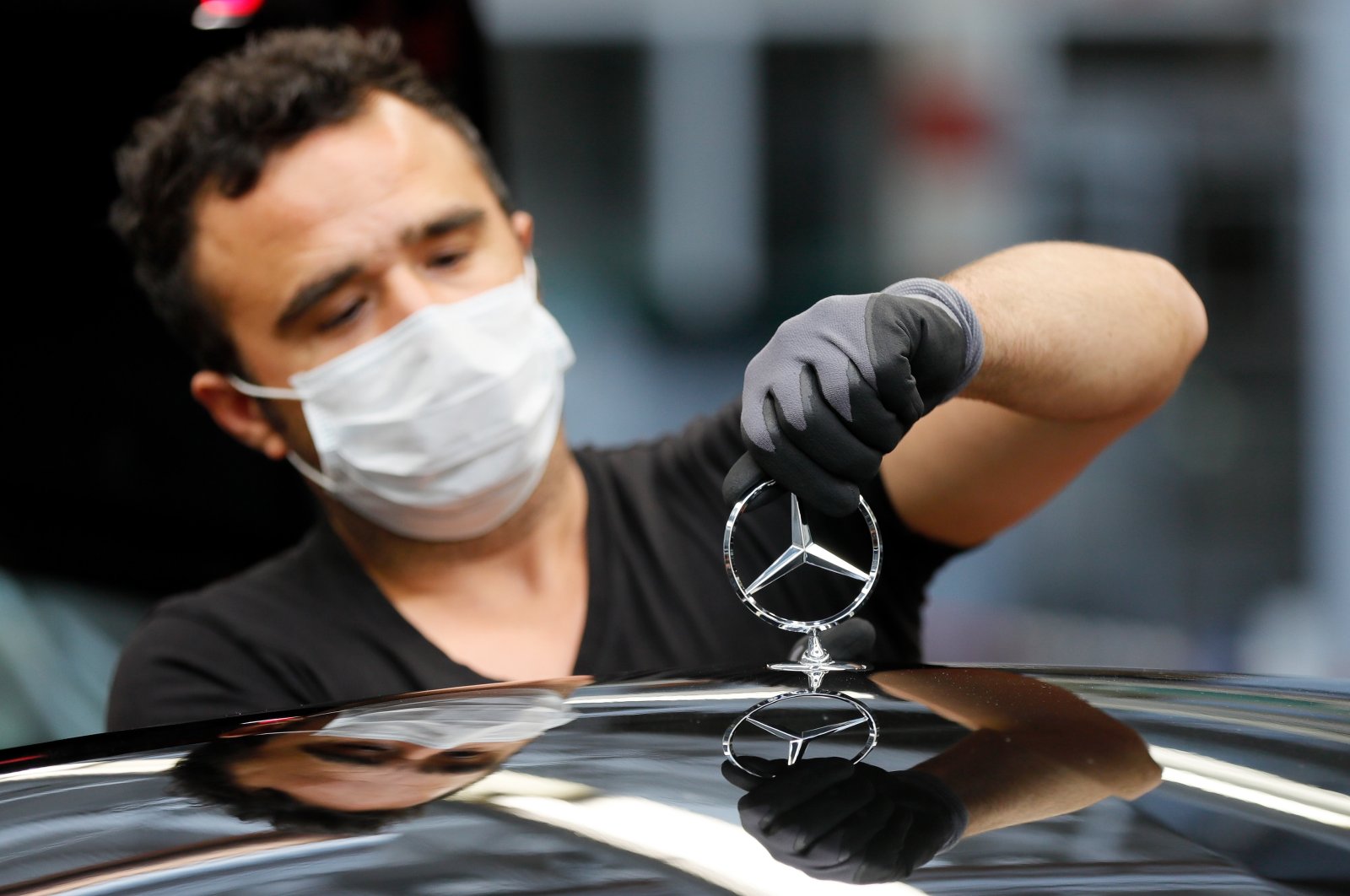 An employee prepares a star on a car at the production of 'S-Class' Mercedes Benz cars at an assembly line during the corona pandemic at the car manufacturer Daimler in Sindelfingen, Germany, April 30, 2020. (EPA Photo)
by French Press Agency - AFP Mar 08, 2021 3:38 pm
RECOMMENDED

German industrial output dropped unexpectedly in January compared to December as semiconductor shortages and a cold snap impacted production in the automobile and construction sectors.

Analysts said the data raised the possibility that the German economy, Europe's biggest, could be shrinking again after recovering strongly from the coronavirus pandemic downturn of early last year.

The economy ministry noted that a semiconductor shortage had hit Germany's vital automobile sector, forcing Volkswagen to halt production for a few days in January.

Meanwhile, the construction sector "showed a sharp decline because of unfavorable conditions."

Temperatures fell sharply in parts of Germany, bringing heavy snow in a cold snap that gripped Europe's biggest economy for about a week.

Compared to a year ago – before pandemic restrictions across the world kicked in – industrial output was down 3.9% in January.

Destatis meanwhile revised upwards its December output figure to show month-on-month growth of 1.9%, compared with its initial estimate of no change.

ING analyst Carsten Brzeski warned that January's difficulties show "that it will be hard for the industry to prevent the entire economy from falling into contraction once again."

After several months of shutdowns, Germany has begun gradually easing restrictions, with pupils back in school since the end of February.

Hairdressers opened last week, and some non-essential shops, such as flower stores, are due to be allowed to reopen Monday.