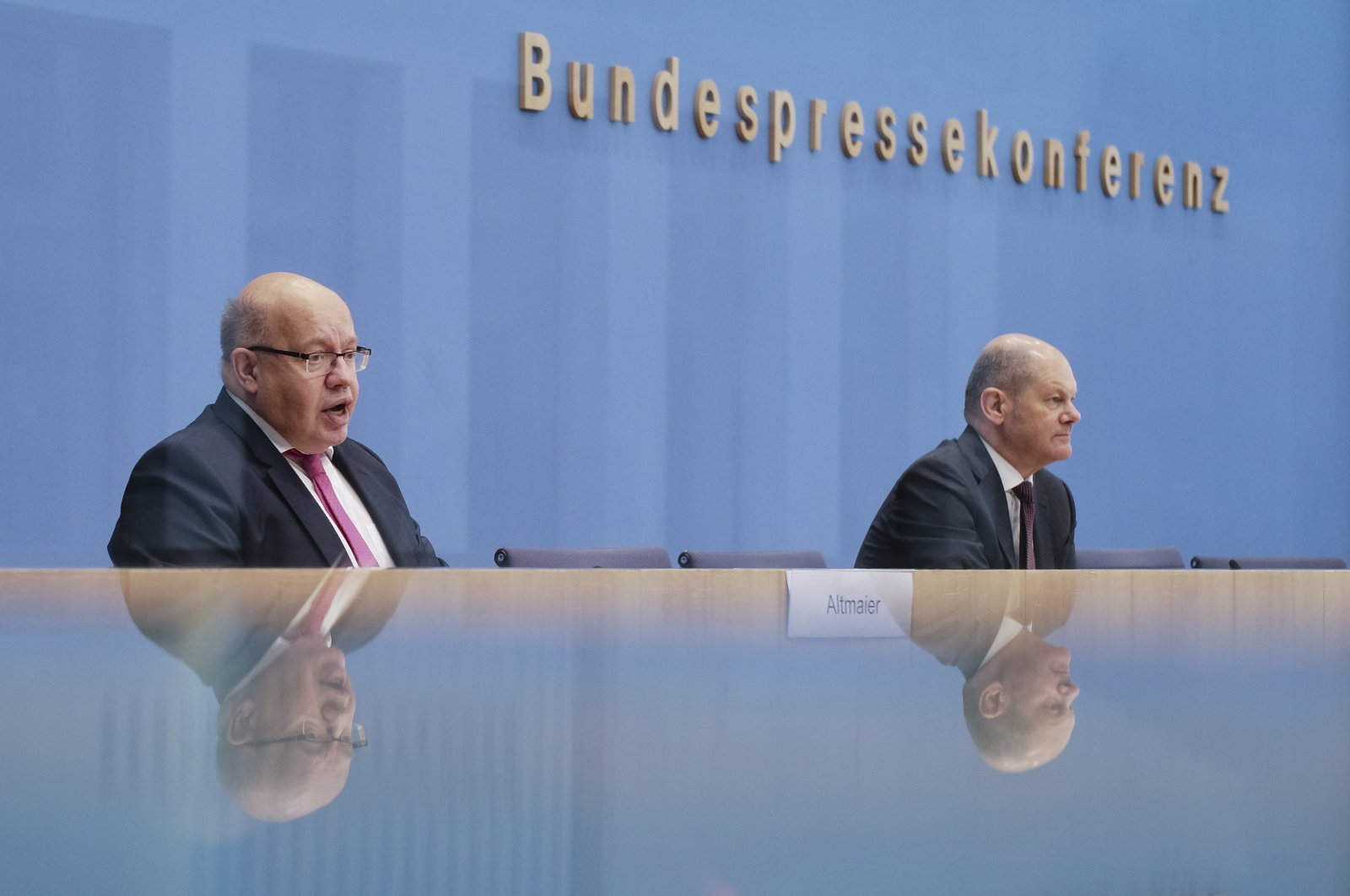 The German economy bounced back strongly in the third quarter compared to the previous three months, when the country was hit by the first wave of the coronavirus pandemic, according to official figures released Friday.

German GDP is expected to grow 0.4% in the fourth quarter, less than previously expected due to the recent upsurge in new COVID-19 cases.

Altmaier said officials expect the economy to have recovered from the impact of the pandemic by 2022.

The recent relief could be short-lived as the country stands on the brink of new shutdowns to contain a second coronavirus wave.

Indicators for production, industrial orders and exports all saw an uptick in Europe's biggest economy during the summer months, thanks to a loosening of restrictions as the number of coronavirus cases dropped.

But Germany, like the rest of the continent, has in recent weeks been engulfed by a second wave of the pandemic, with ECB chief Christine Lagarde noting that recovery in the single currency zone was "losing momentum more rapidly than expected."

Germany's cultural, leisure, as well as food and drink sectors have been ordered to close from Monday to the end of November, in a new round of shutdowns that industries have warned could lead to a raft of bankruptcies.

Confidence has already been in decline since early October among entrepreneurs, investors and consumers.

And now "the recovery is on hold," Carsten Brzeski, an analyst for ING bank, told Agence France-Presse (AFP).

Having been praised for its handling of the first wave of the pandemic in the spring, Germany is now regularly reporting more than 10,000 new cases a day and saw a peak of 16,774 Thursday.

Tough restrictions to come in force Monday will keep restaurants and bars closed. Hotel stays will be allowed only for "necessary and expressly non-tourism purposes." Schools, day care centers and shops will remain open, however.

It is safe to assume this "will also have an influence on economic developments," Altmaier told the parliament on Wednesday.

Fears of a rise in unemployment are also growing, despite an encouraging figure of 6.2% for October.

The KfW public investment bank has predicted that more than a million jobs could be lost this year in small- and medium-sized enterprises (SMEs).

Many blue-chip German businesses have also announced sweeping job cuts, including 30,000 at flagship airline Lufthansa, 8,000 at tour operator TUI and 6,000 at carmaker BMW.

In the hospitality sector, professional associations are warning that up to a third of hotels and restaurants could be forced to close their doors for good by the end of the year.

Protesters from some of the worst-affected industries staged a demonstration in Berlin Wednesday.

'We will go bankrupt'

"Over the last eight months, our turnover has plunged between 90% and 100%," said Cordula Weidenbach, whose company rents out furniture for trade fairs in Munich.

"If this continues, we will go bankrupt."

Berlin announced Wednesday that it will offer an extra 10 billion euros ($12 billion) in aid for businesses affected by the November shutdown.

Companies will be compensated for up to 75% of their turnover during the weeks they are forced to close, whereas previous aid could only be used to cover fixed costs such as rent and utility bills.

The government has also already extended its "Kurzarbeit" short-time working scheme for a total of 24 months.

But the restrictions remain a bitter pill to swallow for some. "We know that hotels are not places prone to infection," Sandra Warten of the DEHOGA hotel and catering union told AFP.

"We are taking these measures in November so that the next few months will be easier," Finance Minister Olaf Scholz insisted in an interview with the ZDF broadcaster.

The only glimmer of hope for the German economy seems to be coming from Asia, where growth has now started to return after an initial virus shock at the beginning of the year.

This has been good news for a country that relies heavily on exports in key sectors such as the car industry, which returned to pre-crisis levels in September.