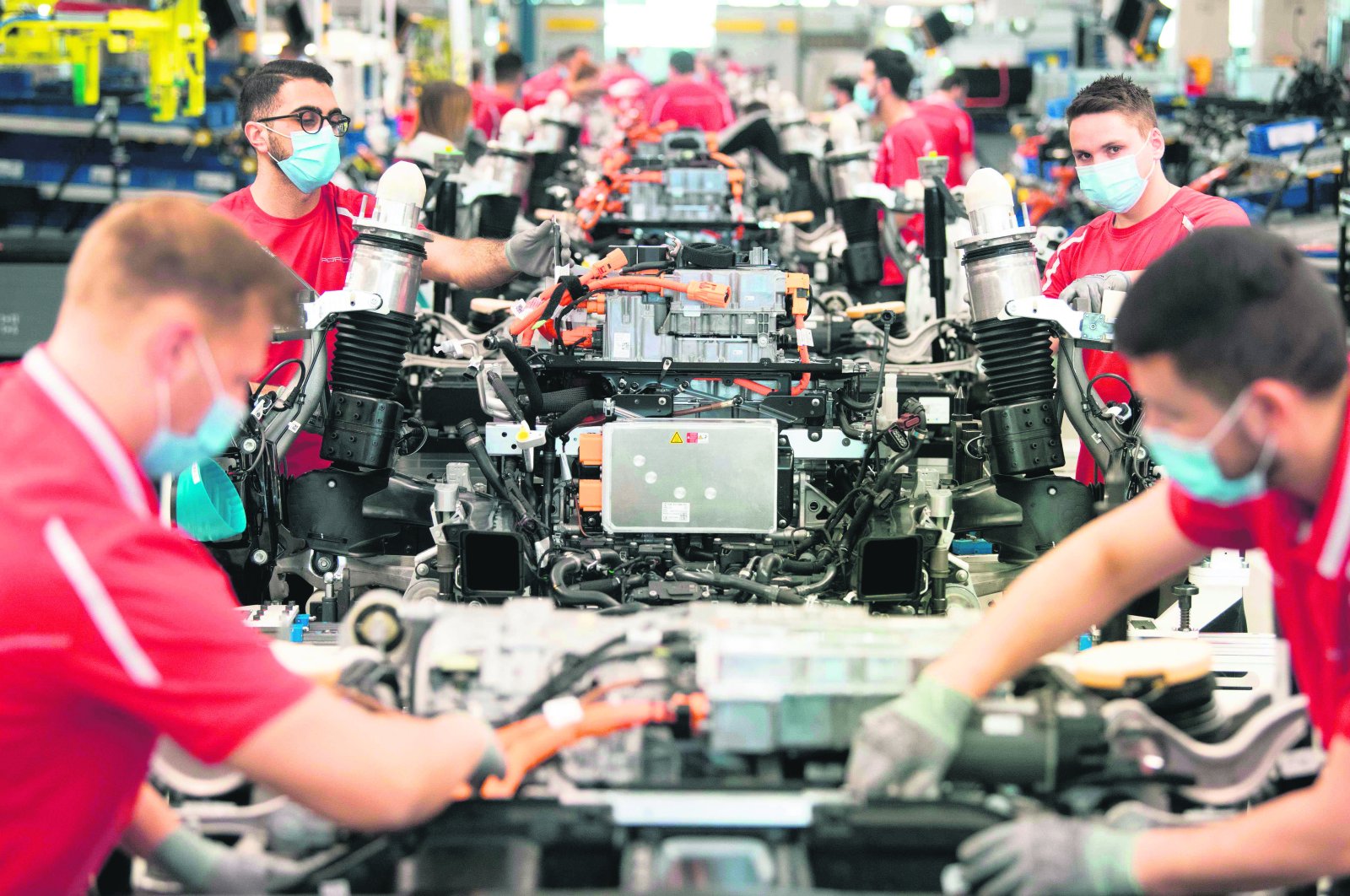 Employees of German car manufacturer Porsche wear face masks as they work on power trains for the Taycan full-electric sportscar at the production site in Stuttgart, southern Germany, on May 12, 2020. (AFP Photo)
by French Press Agency - AFP Sep 07, 2020 3:20 pm
RECOMMENDED

German economic recovery lost steam in July, as momentum gained from the easing of lockdowns in the spring subsided, official statistics showed Monday.

Industrial production rose by 1.2% in July month-on-month, much slower than the 9.3% increase recorded in June, statistics agency Destatis said.

The July figure is well below the jump of 4.5% that analysts surveyed by Factset had been expecting.

"This is quite a disappointment," said Jens-Oliver Niklasch, an analyst at German public bank LBBW. "The fact remains that there will not be a return to pre-crisis levels any time soon."

The increase was mainly driven by Germany's key auto sector which saw output grow by 6.9%, but construction fell 4.3% due in part to the summer break.

Although industrial production has now risen three months in a row, it remains 10% lower than in July 2019 and 10.8% lower than in February this year, before the impact of virus lockdowns.

"We expect production to increase again in August, but we now seem to be past the period of rapid catch-up growth," said Jack Allen-Reynolds, an economist at Capital Economics.

Industrial orders, another window into economic performance, slowed to a 2.8% increase in July, statistics on Friday showed.

Economy Minister Peter Altmaier said last week that the German economy is in the midst of a V-shaped rebound, but the threat of further spikes in coronavirus infections haunts the recovery.

Chancellor Angela Merkel has warned that coping with the outbreak will become more challenging in the coming months as Germany heads into colder weather in autumn and winter.