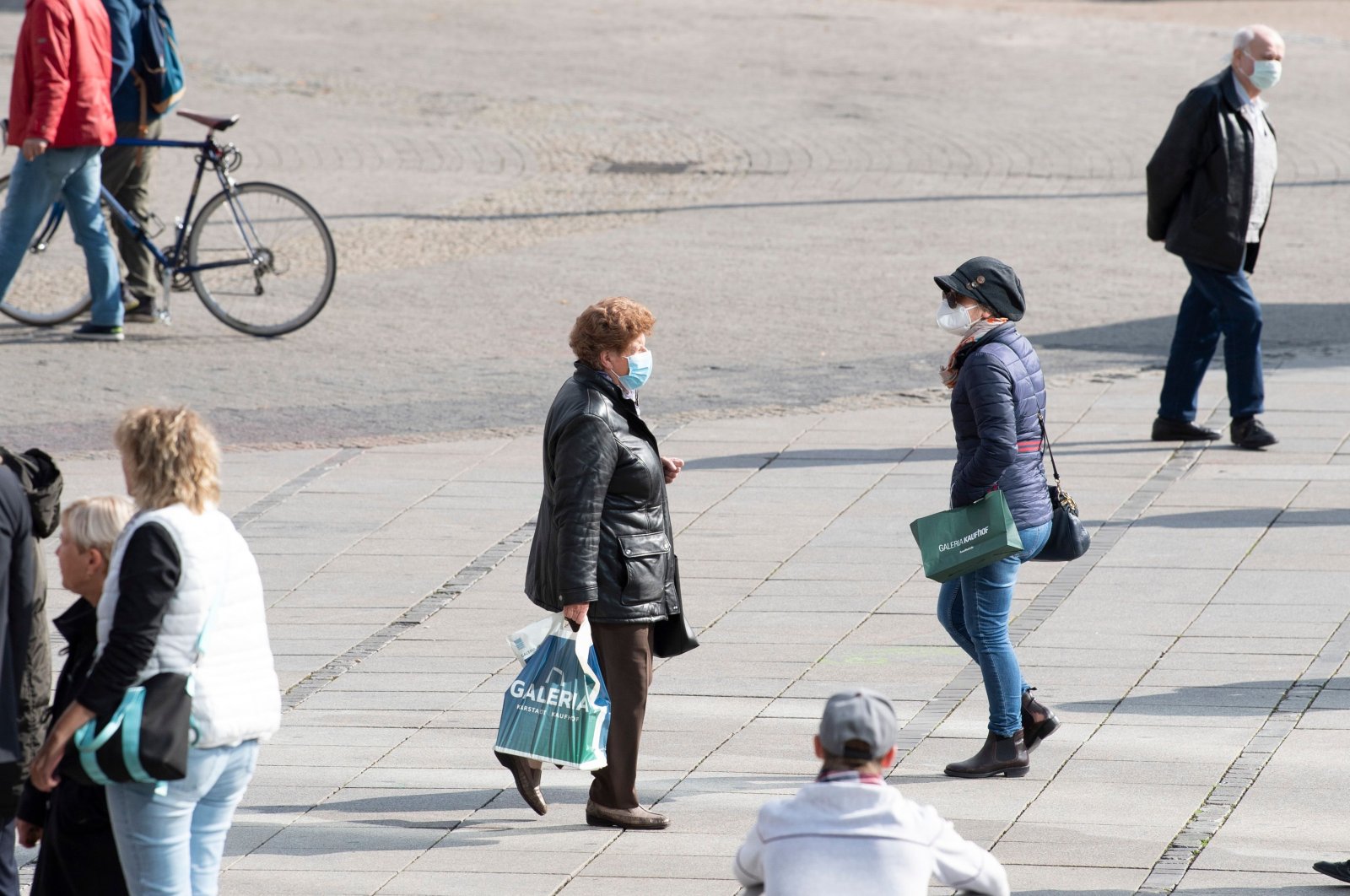 People with and without face masks walk along the Castle Square amid the COVID-19 pandemic in Stuttgart, southern Germany, Oct. 13, 2020. (AFP Photo)
by French Press Agency - AFP Oct 13, 2020 4:30 pm
RECOMMENDED

The ZEW institute's monthly barometer measuring economic sentiment dropped to 56.1 points, based on a survey of 171 analysts, from a 20-year high of 77.4 points in September.

The reading, the lowest since May, fell well below expectations of 74 points this month, according to a survey by FactSet.

"The recent sharp rise in the number of Covid-19 cases has increased uncertainty about future economic development, as has the prospect of the U.K. leaving the EU without a trade deal," ZEW president Achim Wambach said in a statement.

The U.S. election, which was thrown into disarray earlier this month after President Donald Trump's virus diagnosis, also played into investors' uncertainty, he warned.

In March, the survey by Mannheim-based ZEW crashed to its lowest rating since the 2007-2008 financial crisis as coronavirus lockdowns started to batter the economy.

Confidence improved from April onwards, however, after the country emerged from the restrictions and the German government rolled out a large fiscal stimulus, including short-time work schemes, to cushion the economic blow.

After today's figures, however, "the great euphoria witnessed in August and September seems to have evaporated," Wambach said.

Long seen as having coped better with the virus than many neighboring nations, Germany is now regularly reporting more than 4,000 new cases daily, its highest numbers since April.

"The fourth quarter will be more difficult economically than we thought four weeks ago," said Jens-Oliver Niklasch, an economist at the state-owned bank LBBW.

On a brighter note, the ZEW survey's assessment of the current economic situation in Germany ticked up slightly, by 6.7 points to minus 59.5.

The government expects the German economy to shrink by 5.8% in 2020, taking a smaller hit than other large European economies such as France and Italy.