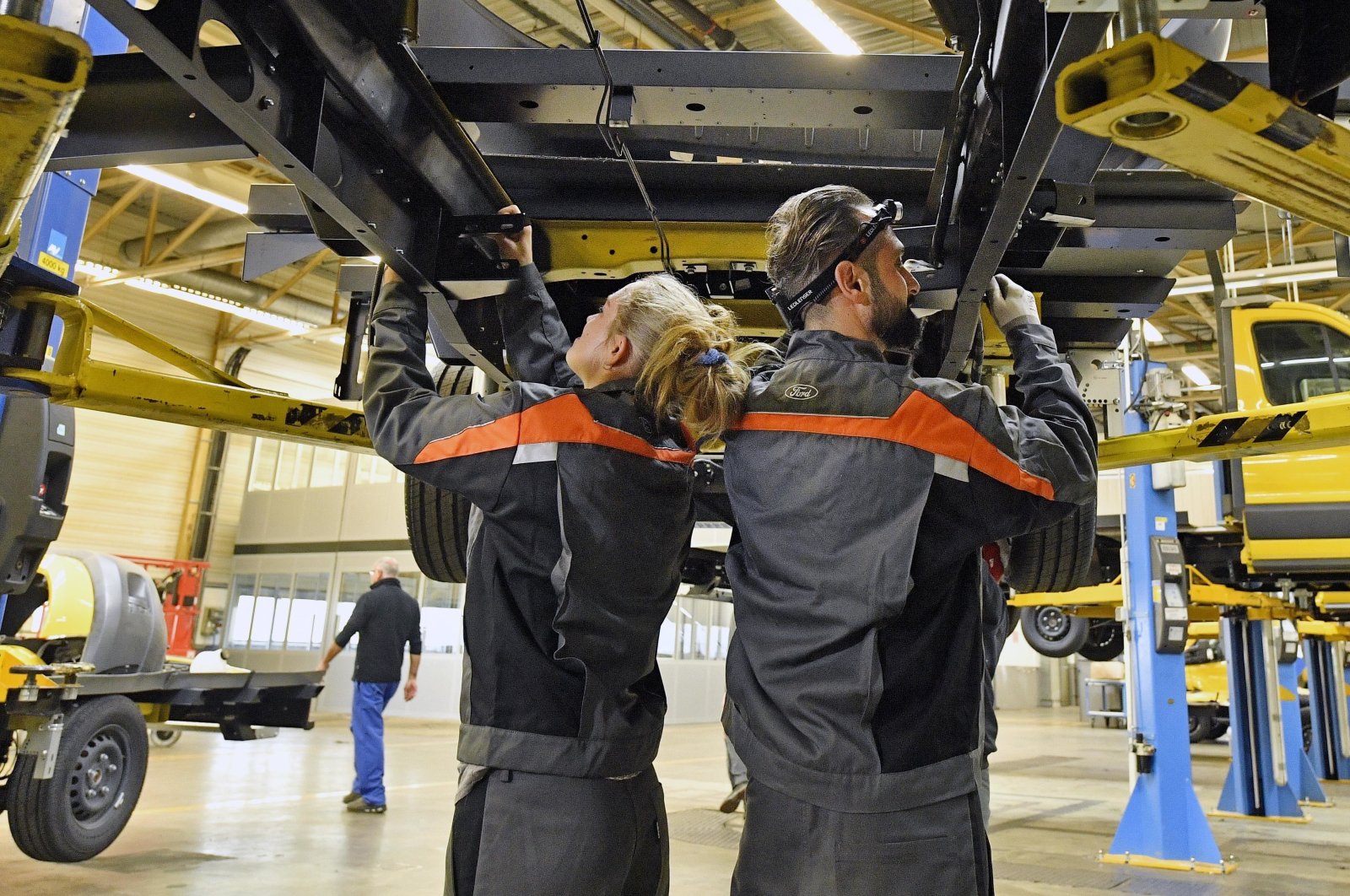 German business morale in February bounced back from a six-month low in January, in a more-than-expected upward trend, thanks to a brighter industrial outlook and well-stocked order books, the Ifo economic institute said Monday.

Ifo said its business climate index increased to 92.4 from an upwardly revised 90.3 in January, hitting its highest level since October and surpassing even the strongest forecast in a Reuters poll of analysts.

Germany, once a role model for fighting the COVID-19 pandemic, has struggled with the second wave. A month ago this still weighed heavily on sentiment.

But Wohlrabe said companies have now revised up production plans significantly and export expectations for the industry have also risen.

"The order books are well filled," he added.

An Ifo expectations index surged to 94.2 from 91.5 in January, surpassing all forecasts in the Reuters poll. A current conditions index edged up to 90.6 from 89.2.

"Companies are sniffing the spring air and starting to look beyond the pandemic," said Commerzbank economist Joerg Kraemer.

Kraemer expected a strong recovery from spring onwards, "especially as consumers' corona(virus) savings amount to 6% of their annual disposable income at the end of 2020."

The main risk to this scenario was a third wave of coronavirus infections and a blanket lockdown extension to end-April, to which he gave a 25% probability.

Chancellor Angela Merkel and state premiers have agreed to extend restrictions to curb the spread of the coronavirus until March 7. She told a party meeting that she wants a staggered plan to lift restrictions, according to two participants.

The number of new daily infections has stagnated over the past week with the seven-day incidence rate hovering at around 60 cases per 100,000. On Monday, Germany reported 4,369 new infections and 62 further deaths.

Other sentiment indicators have also been promising.

Investor morale in Germany surged in February on expectations consumption will take off in the coming months, the ZEW economic research institute said last Tuesday.

The government last month slashed its GDP growth forecast to 3% this year, a sharp revision from last autumn's estimate of 4.4%. This means the economy probably will probably not reach its pre-pandemic level before mid-2022.