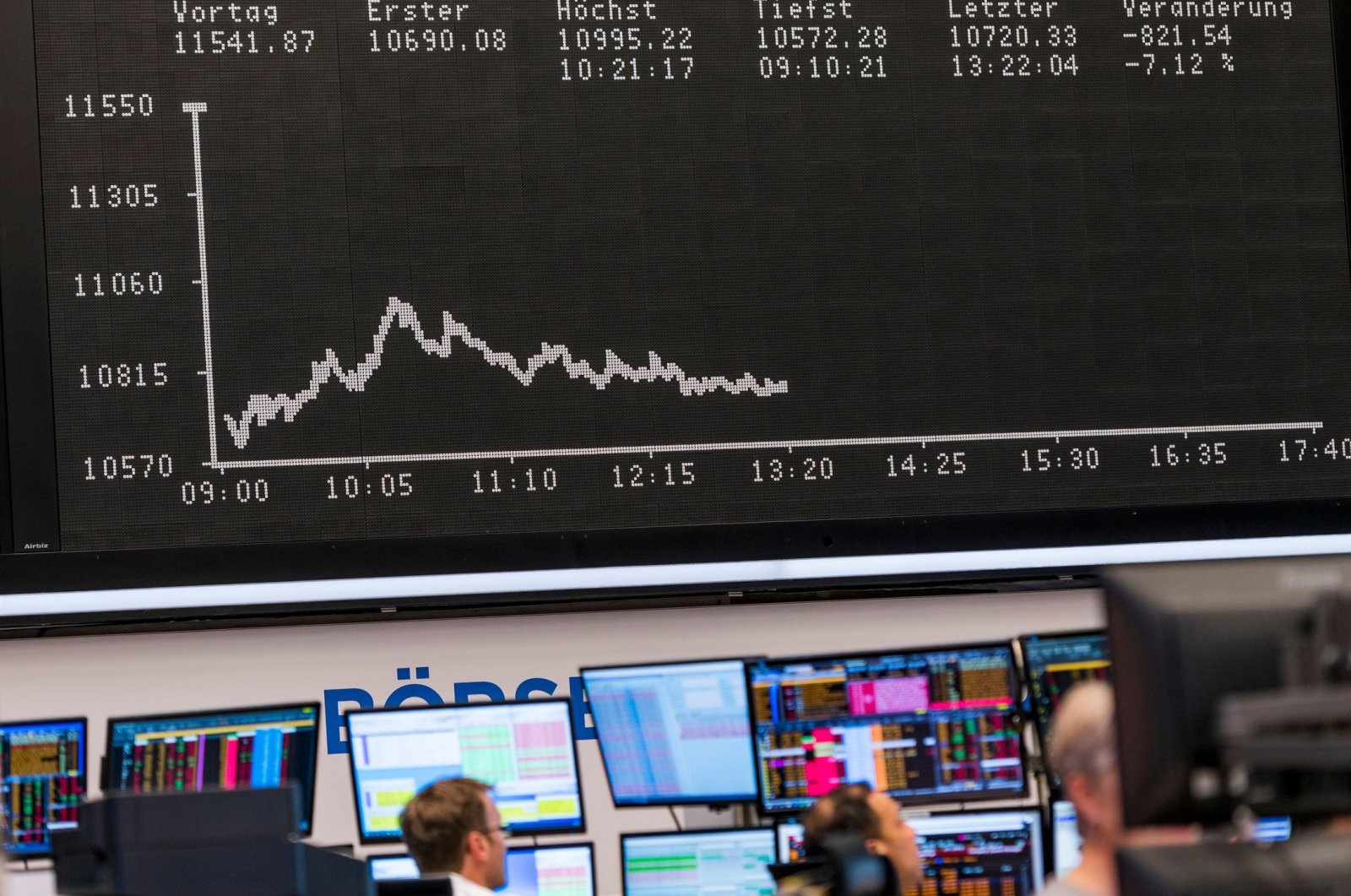 Traders working in front of a board displaying the chart of Germany's share index DAX at the stock exchange in Frankfurt am Main, western Germany, March 9, 2020. (AFP Photo)
by French Press Agency - AFP Oct 05, 2020 2:59 pm
RECOMMENDED

Deutsche Boerse said it was launching a market consultation asking investors to weigh in on suggested reforms, including expanding the blue-chip DAX from 30 to 40 members.

Under the same proposal, the mid-size MDAX would be reduced from 60 to 50 listings.

"It's no secret that I personally would welcome the expansion of the DAX 30 to a DAX 40," said Deutsche Boerse CEO Theodor Weimer in a statement.

The change could improve the diversity of an index dominated by heavyweights in the auto and chemical sectors, observers said.

Comdirect Bank analyst Andreas Lipkow said a larger DAX "could be especially interesting" for tech firms that are currently missing from the mix.

The results of the consultation will be announced on November 23.

Investors are also being asked to give their opinion on tougher entry requirements for future DAX hopefuls.

Deutsche Boerse is proposing that would-be members "must prove their profitability" and must have "an audit committee on the supervisory board."

DAX-listed companies should also be required to publish their quarterly results at the agreed times, risking a possible "fast exit" from the index if they fail to comply.

The proposals come as Germany is still reeling from the Wirecard drama that erupted after the once-booming digital payments company was forced to admit in June that 1.9 billion euros ($2.2 billion) were missing from its accounts.

Soon after, Wirecard became the first DAX-listed company to go bankrupt and several of its top executives have been arrested for fraud.

In the wake of the scandal, Deutsche Boerse announced a rule change allowing it to more quickly eject insolvent companies like Wirecard from the index.