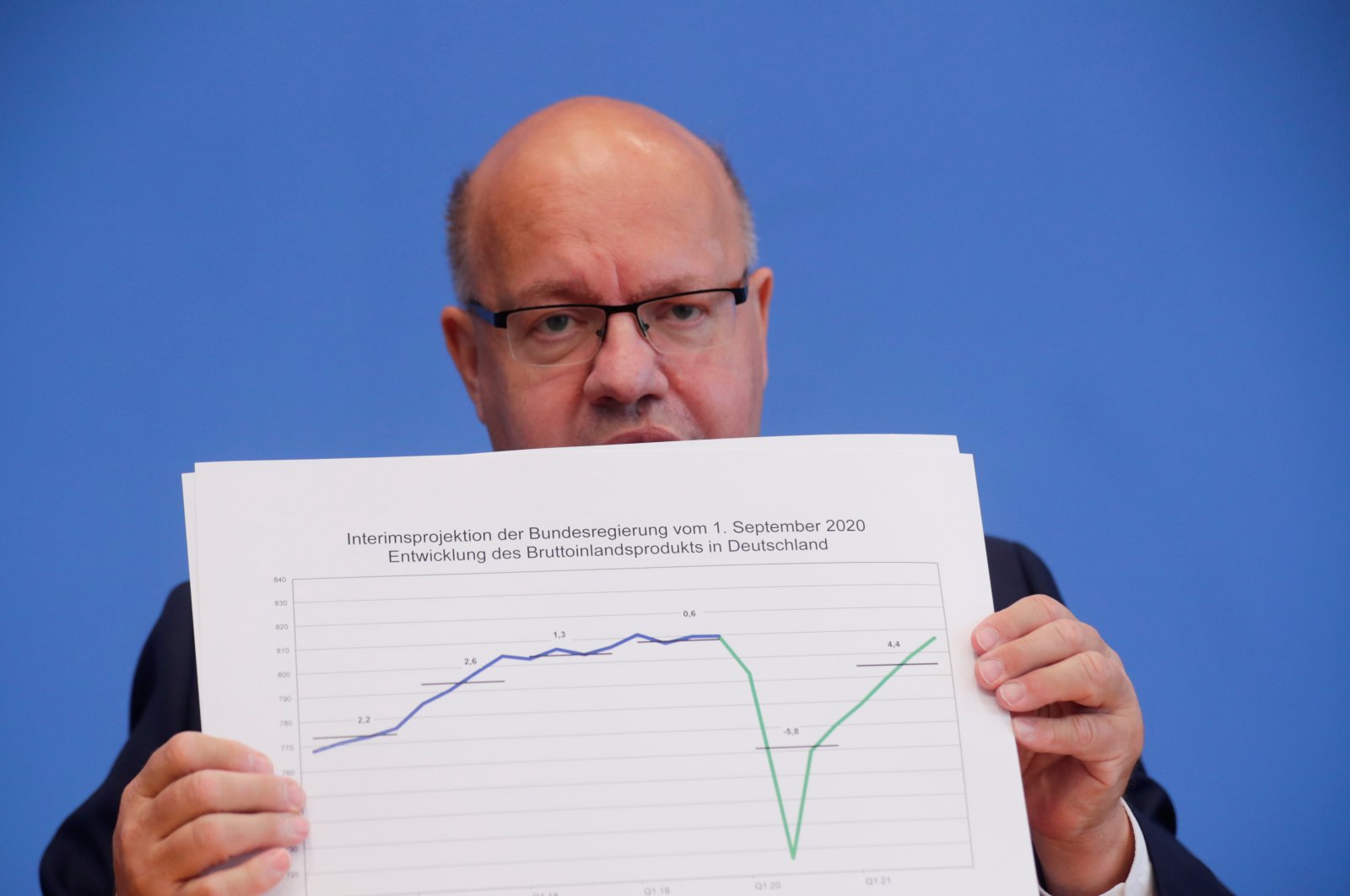 The German economy, Europe's biggest, is performing better than expected following the easing of coronavirus lockdown restrictions, the government said Tuesday, as it issued a slightly more optimistic forecast for this year.

Economy Minister Peter Altmaier said he is now predicting a contraction of 5.8% in 2020, rather than the 6.3% he forecast in late April. For next year, the government is predicting 4.4% growth, down from its previous forecast of 5.2%.

“The recession in the first half of the year wasn't as big as we feared, and the upswing ... is going faster and more dynamically than we dared to hope,” Altmaier said.

He added that he hopes this year's gross domestic product (GDP) figure might turn out “slightly better” than the new forecast.

The economy shrank by 9.7% in the second quarter compared with the previous three-month period, easily the worst performance in the 50 years that quarterly GDP figures have been recorded. But that was still one of the less drastic contractions among Europe's major economies during the wide-ranging coronavirus shutdowns in the spring. France, Italy, Spain and Britain all saw double-digit drops.

Germany's finances were in solid shape before the crisis, which the government has tackled with a wide range of rescue programs and a stimulus package that includes a six-month sales tax cut.

Germany has been loosening coronavirus restrictions since late April, but a recent increase in new infections has caused concern. Officials agreed last week to hold off on anymore significant easing for now.

Altmaier said he is “convinced that we can and will prevent a second overall lockdown.”

Rises in unemployment in Germany and elsewhere in Europe have been moderate by international standards because of salary support programs, often referred to as furlough schemes, that allow companies to keep employees on the payroll while they await better times.

In Germany, the Federal Labor Agency pays at least 60% of the salary of employees who are on reduced or zero hours under a program that has been in place for years.

The agency said Tuesday it paid out for 5.36 million people in June, the most recent month for which it has figures. That is down from a peak of 5.98 million in April, a figure Altmaier said was well short of worst-case scenarios, but far above the pre-crisis level in February of just 134,000. Germany has 83 million inhabitants.

Germany won’t be scaling back that program soon. The governing coalition has agreed to allow employees to remain in it for up to 24 months rather than the regular 12.

The labor agency also said the unadjusted jobless rate, the headline rate in Germany, edged up to 6.4% last month from 6.3% in July, but the pandemic played no significant role in the increase. The number of people registered as unemployed was 2.955 million. In seasonally adjusted terms, unemployment was static at 6.4%.