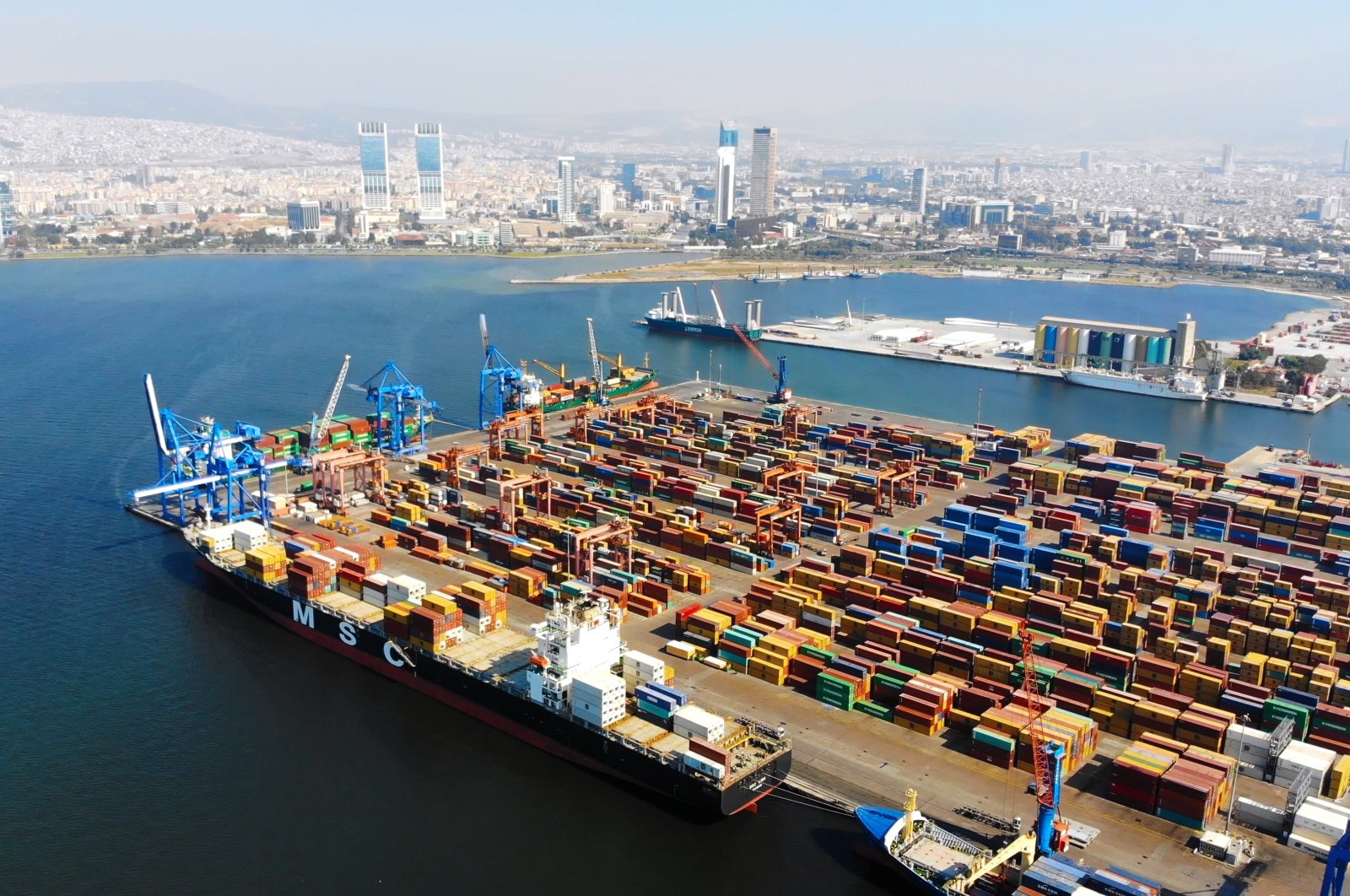 Although Turkey’s Export Climate Index (ECI) for the manufacturing sector showed improvement in demand for the second consecutive month in August, the pace of recovery depends on conditions in the country's top export markets

Turkey’s Export Climate Index (ECI) for the manufacturing sector was recorded as 52.4 in August, according to an Istanbul Chamber of Industry (ISO) report, which suggested that although figures pointed to a slight decrease compared to the previous month, there has been an improvement in demand conditions in export markets for the second month in a row.

Meanwhile, Germany, which is also on course for recovery, albeit slower than the previous month, ranked as the No. 1 buyer in eight Turkish sectors.

The index increased to 53 in July, its first above-50 index post in five months, as the country’s exports accelerated recovery from the COVID-19 pandemic following a 47.5 posting in June.

The ECI is calculated by weighing up national Purchasing Managers' Index (PMI) data on output trends from surveys of individual trading partners, which are weighted according to their relative importance for Turkish manufacturing exports.

Any index value above 50 points indicates an improvement in the country’s export climate, while any below 50 signals a weakening.

Although the data implied an overall improvement in August, there were divergences between different export markets. As some countries remained in a recession in the wake of the crisis brought on by COVID-19, the recovery that began last month has slowed as cases are back on the rise in some countries.

Nevertheless, there are also several countries where demand is increasing. Production in the U.S., the world’s largest economy with an approximately 5% share in the Turkish manufacturing sector, recorded its highest increase of the last 17 months – a promising development for Turkish exporters. Growth in Canada also gained momentum, and the country recorded the strongest increase in manufacturing industry production in the last two years.

Andrew Harker, economy director of the London-based global data firm IHS Markit, whose views were included in the ISO report prepared in cooperation with the data firm, said the demand conditions for exports generally showed an improvement in August, although data indicated that the recovery remained tumultuous and unpredictable.

“In many Eurozone economies that pioneered recovery last month, recovery slowed down in parallel with an increase in the number of COVID-19 cases,” he said, leaving the pioneering positions to the U.S. and U.K.

“Production in the U.S. recorded the fastest increase in almost 1 1/2 years,” he added, noting, however: “The developments show that Turkish companies will have to struggle for a while with the drastic changes in demand conditions being suffered in export markets.”

With an increase in the number of new COVID-19 cases, economic activity declined in both Italy and Spain in August, following promising increases in July.

Meanwhile, economic activity in Turkey’s second-largest export market, the U.K., which showed a strong recovery after the pandemic-released restrictions were eased, moved back to the growth zone, gaining momentum compared to the previous month.

In France and Germany, the increase in production continued but slowed down compared to the previous month.

Turkey exported to 239 locations from 27 sectors in the January-August period, according to data by the Turkey Exporters Assembly (TIM), while Germany, which is Turkey’s largest export market, has secured its place as the biggest international buyer in eight sectors.

Turkey’s overall exports to Germany during the period in question came to $8.8 billion (TL 65.86 billion), with a 10.3% decrease year-on-year.

The Turkish automotive sector sold $2.1 billion worth of products to Germany in the January-August period, along with $1.9 billion and $614.5 million worth exports in the ready-to-wear and apparel and iron and non-ferrous metal products sectors, respectively.

Meanwhile, Turkey exported furniture, paper and forestry products worth $3.5 billion in the first eight months of this year, an industry group said Tuesday. At $2.1 billion, furniture products accounted for the lion's share of the exports, according to the Istanbul Furniture, Paper and Forestry Products Exporters' Association. Germany, the U.K., Saudi Arabia, Iraq and Libya were the leading importers of Turkish products from January to August, the group said in a statement.

Turkey's furniture exports to the U.S. rose by 6% in the same period on a yearly basis, it added. Furniture exports have been on the rise since June, following a consistent decline over the first five months of 2020 due to the COVID-19 pandemic.

Turkey is the 13th-largest furniture manufacturer in the world, according to Ahmet Güleç, head of the association.

"As with all other sectors, the pandemic adversely affected the production and export of furniture," he said, adding that Turkey's furniture exports are expected to hit $4 billion by the end of the year. "Our share in the world furniture export market is 1.4% – our target is reaching 2.5% as of 2023," said Güleç.

In the first eight months of 2020, Turkey's overall exports amounted to $102.5 billion.

Production on rise in China

Growth in production has also varied in other parts of the world.

Private-sector growth has accelerated in Russia, which recorded its highest rate since January 2017.

China, meanwhile, where production increased for the fourth month in a row at a significant pace, is among the countries that have most strongly recovered from the crisis brought on by COVID-19

Opposite trends were observed in other BRICS countries. In Brazil, economic activity has returned to its growth zone, thanks to a strong increase in manufacturing output, while the downward trend in production in India continued for its fifth month.

Demand conditions in the Middle East were generally weak in August. Non-oil production activity declined slightly in Saudi Arabia, with moderate improvements in the United Arab Emirates (UAE) and Egypt.