Germany’s food and beverage industry reinvents itself to survive pandemic 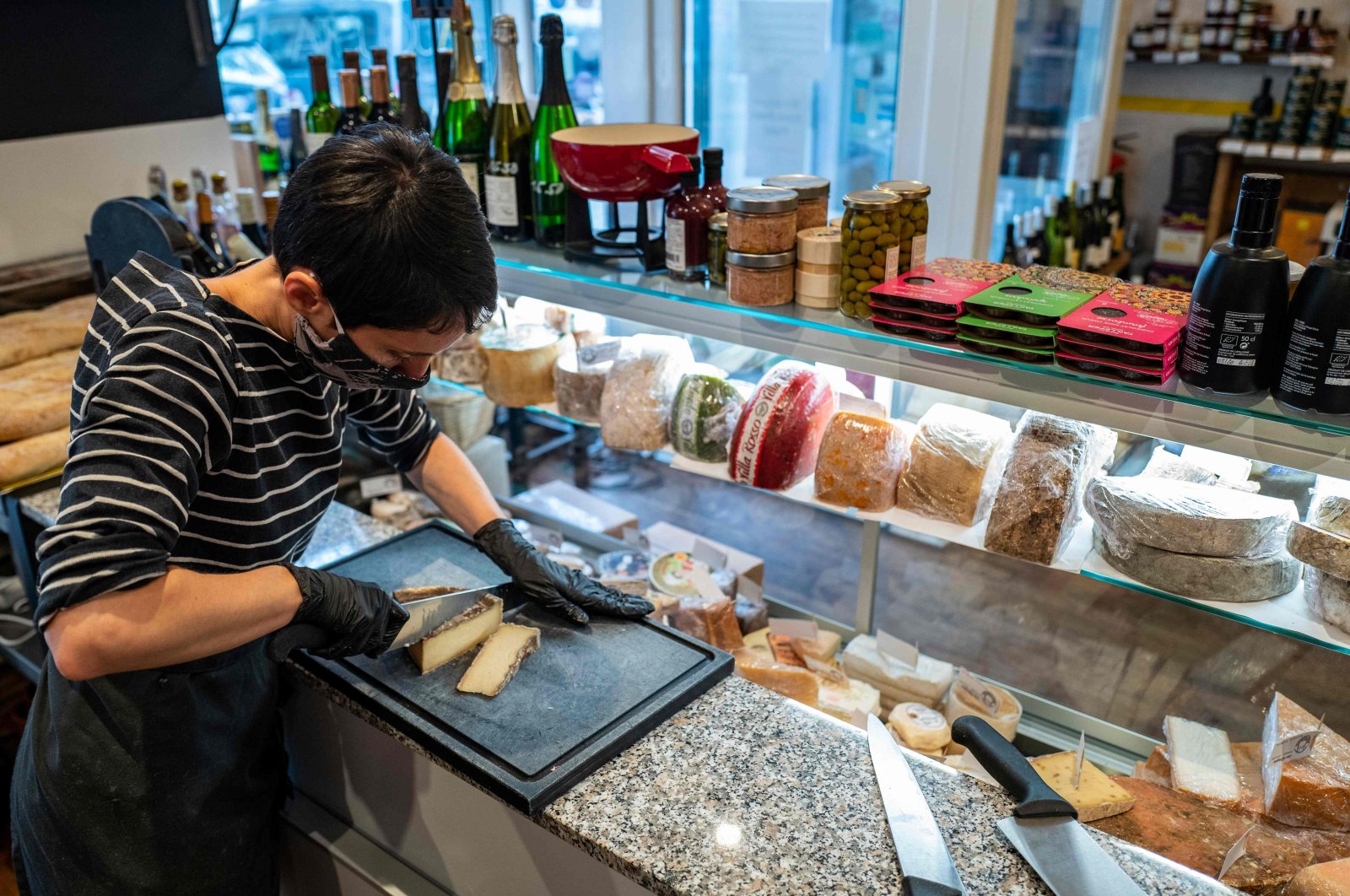 From distilling alcohol for pharmacies to printing takeaway bags and delivering order-in cocktails, Germany’s food and beverage sector has been forced to get creative to keep their companies going through coronavirus shutdowns.

Bastian Heuser and his partners have been learning on the job since they stumbled into the whiskey business without any experience in the trade.

But since March, the three Berliners have been forced to further improvise as their distillery was forced shut during the first wave of the coronavirus pandemic.

"We had to react very quickly because we had invested a lot over the past three and a half years, and didn't have a big cash reserve," said Heuser, co-founder and marketing manager at the Stork Club.

As factories and shops were ordered closed in March to curb transmissions of COVID-19, the distillery lost all of its sales.

But the pandemic offered an opportunity: with demand soaring for hand sanitizers, pharmacies in the area contacted the Stork Club to distil its alcohol to help cover regional shortages.

They also moved their bar from a streetside shop into a courtyard – a timely investment, as the region benefited from a marked increase in domestic tourism after restrictions eased.

Guided tours, tastings and even weddings kept the distillery busy all summer. Heuser said the Stork Club "had up to 50% more turnover than in the preceding year, which more or less undid the springtime losses."

Although income has once again plunged since in-house dining was banned in the latest round of shutdowns that began in November, Heuser said the distillery can weather the storm.

"With the new vaccine ... I hope that by May, June, a certain normalcy will return to our business," Heuser said.

Katja Hiendlmayer, co-owner of cocktail bar Buerkner Eck, admitted that she would have "thought about doing something else" if she had known in March that her business would have to stay shut for much of the year.

"We could have acted. Right now we're only reacting," she said.

Along with her partner Olaf Matthey, a barman by profession, Hiendlmayer opened the bar in Berlin in October 2017.

During Germany's spring shutdown Buerkner Eck made "at most 30%" of the turnover from the same period in 2019, she said.

"Many bars aren't doing anything," she said, explaining that a November government aid program that reimburses up to 75% of a bar's turnover from the previous year meant some preferred to just stay shut.

Nevertheless, she said, "we'd rather work for little than do nothing," adding: "We want to keep our people employed."

To keep employees busy, they came up with the idea of printing takeout bags.

That idea followed their first response to the spring restrictions: "rain check" vouchers they designed and printed in the bar and sold online. Some clients chose not to redeem their vouchers, "seeing it as a small donation," Hiendlmayer said.

Five days after the start of the curbs in March, Buerkner Eck's webshop was ready for delivery orders. The barmen cycle to neighborhoods in a 5-kilometer (3-mile) radius of the bar to deliver their freshly bottled cocktails.

As the restrictions lifted late spring, demand for delivery and takeaway waned and customers returned. But as temperatures dropped again, clients were pushed indoors, with only half of the seating area available due to distancing requirements.

The couple estimates the bar was filled to about a third of its normal capacity during the autumn – from 100 to 35 people.

Buerkner Eck lost most of its remaining on-site customers after Oct. 10, when an 11 p.m. ban on alcohol sales took effect in Berlin.

Although takeaway and delivery orders have now risen since the curbs were reimposed, Matthey said the demand does not compare to the first round of restrictions: "People are being more careful with their money."

Long tables designed for communal eating used to be the main concept at Berlin-based restaurant La Cantine d'Augusta, but the pandemic has forced its transformation into a cheese and meat counter selling delicacies imported from France to take away.

With the restaurant now empty, it has also turned its walls into an exhibition space for one of its employees, Jean-Baptiste Monnin.

Before the coronavirus, La Cantine d'Augusta prided itself on its lively atmosphere.

"When we have two different groups at a table, and we see that they have started talking to each other, it's a success," restaurant owner Sebastien Gorius said.

But he thinks it will be some time before diners will be able to bask in that atmosphere again, even after restrictions are lifted.

"There will be a collective trauma for a few years, perhaps a decade to come," he said.