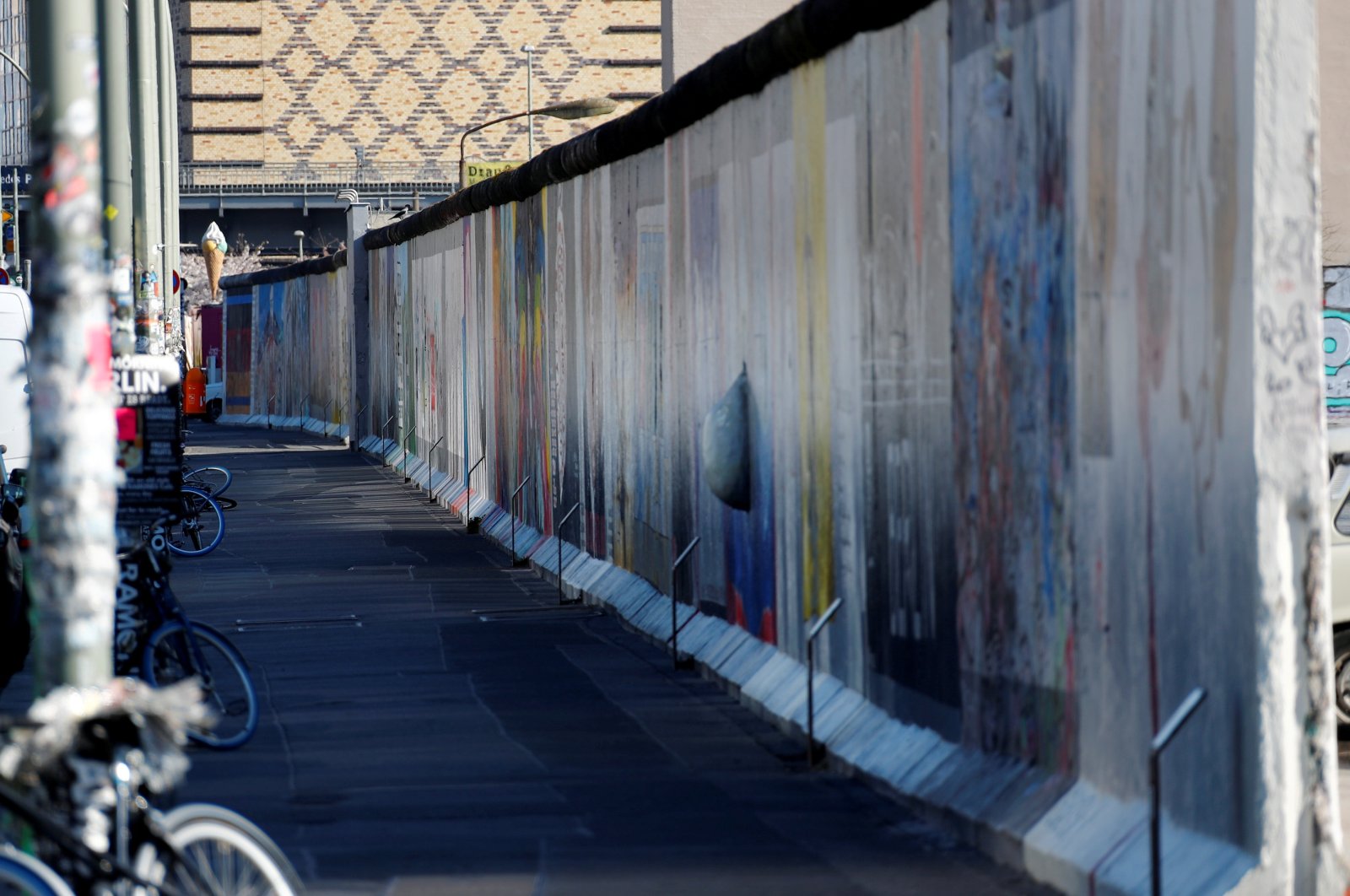 The empty East Side Gallery, the largest remaining part of the former Berlin Wall, is pictured during the coronavirus disease (COVID-19) outbreak in Berlin, Germany, March 25, 2020. (Reuters Photo)
by REUTERS Jul 07, 2021 4:12 pm
RECOMMENDED

Germany’s once communist East is still experiencing the negative effects of its past as its economy lags the West, according to an annual report on the state of unification presented on Wednesday.

Moreover, those living in the East feel like second-class citizens, the report showed.

The report said a third of Easterners see themselves as second-class citizens, compared to a quarter in the West, with many people in the East more critical and skeptical about politics and democracy.

The far-right Alternative for Germany (AfD) has capitalized on the weaker economy and disillusionment with established political parties to build a stronghold in the former East.

That makes the East an area of interest ahead of Germany's national election in September, although Chancellor Angela Merkel's conservatives trounced the AfD last month in the eastern state of Saxony-Anhalt.

Marco Wanderwitz, the government's commissioner for the former East, said there was still a "feeling of collective disadvantage" despite decades of government subsidies to rebuild the region.

"We cannot and must not accept a drifting apart of society," Wanderwitz said.