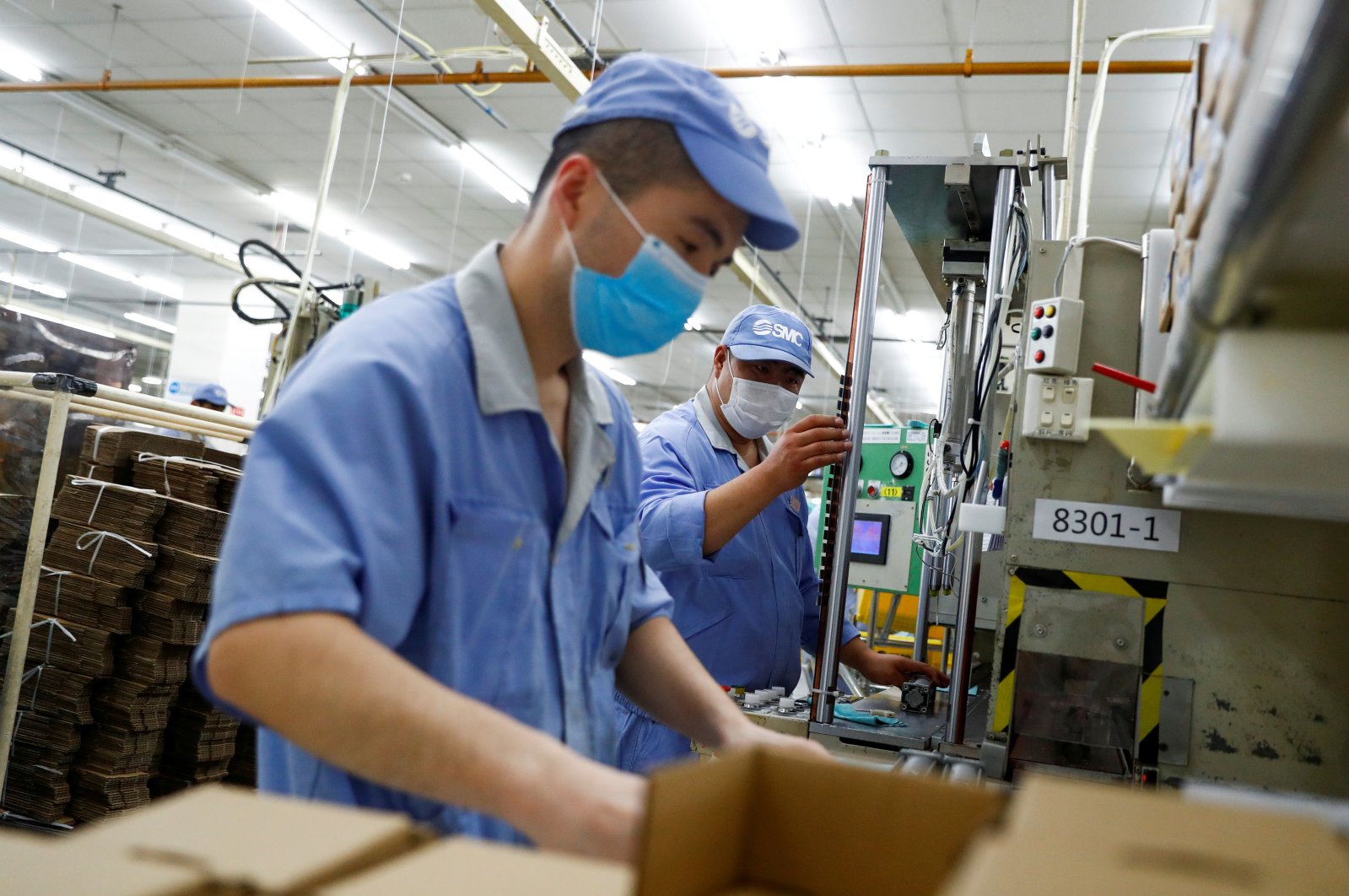 Eurozone manufacturing activity expanded modestly last month, its first growth since early 2019, and Asia's pain eased as the contraction slowed in export-reliant nations, adding to hopes the sector is emerging from the hit of the coronavirus pandemic.

Just over 18 million people have been infected by the coronavirus and the hit from lockdowns and social distancing policies to contain its spread have had a devastating impact on global growth and pushed many economies into recession.

With still-rising coronavirus infections – and the risk of renewed lockdowns increasing – the chances of any rebound reversing course have risen and the world economic outlook has dimmed again, according to a Reuters polls of over 500 economists globally.

Still, while the eurozone economy contracted a record 12.1% last quarter, a Reuters poll predicted 8.1% growth during the current one.

Factories appear to be playing their part in the bloc's potential recovery, and IHS Markit's final Manufacturing Purchasing Managers' Index (PMI) bounced to 51.8 in July for the eurozone from June's 47.4 – its first time above the 50 mark separating growth from contraction since January 2019.

"It's positive, they are going in the right direction. But the very fact most of the European numbers are in the low 50s suggests there is an awful long way to go," said Peter Dixon at Commerzbank.

"With fears of a second wave of COVID-19, the headwinds to the European economy remain pretty strong."

Manufacturers in Germany, Europe's largest economy, saw expansion for the first time since December 2018 and in France activity picked up a touch.

Meanwhile, British manufacturing output grew at its fastest pace in nearly three years as factories reopened and demand began to accelerate after a lockdown was eased.

Manufacturing activity in China expanded at the fastest pace in nearly a decade as domestic demand improved, a private sector survey showed, suggesting the world's second-largest economy would help cushion the pandemic's blow to world growth.

China's Caixin/Markit Manufacturing PMI rose to 52.8 from June's 51.2, marking the sector's third consecutive month of growth and the biggest jump since January 2011.

The upbeat findings echoed an official survey on Friday, adding to evidence China's economy is getting back on its feet faster than expected.

But worries about a second wave of infections may weigh on global demand and business sentiment, keeping any rebound in factory output feeble, some analysts say.

Japan, for one, will enjoy only a "very gradual and protracted recovery" as concerns about a resurgence in COVID-19 cases will weigh on domestic and overseas spending, said Stefan Angrick, senior economist at Oxford Economics.

"With the pace of recovery slowing in some of Japan's key trading partners, exports and business spending are likely to continue to struggle," he said.

Japan and South Korea saw factory activity shrink at a much slower pace – a sign that pressures on manufacturers were easing and raising hopes the worst impact from the pandemic was over.

But factory activity in the Philippines and Vietnam slid, underscoring the patchy nature of the recovery.

"While the broad steadying of the PMI prints across the region point towards further stabilization in the regional manufacturing sector after the April-May malaise, the path ahead remains a rocky one," said Wellian Wiranto, an economist at OCBC Bank.