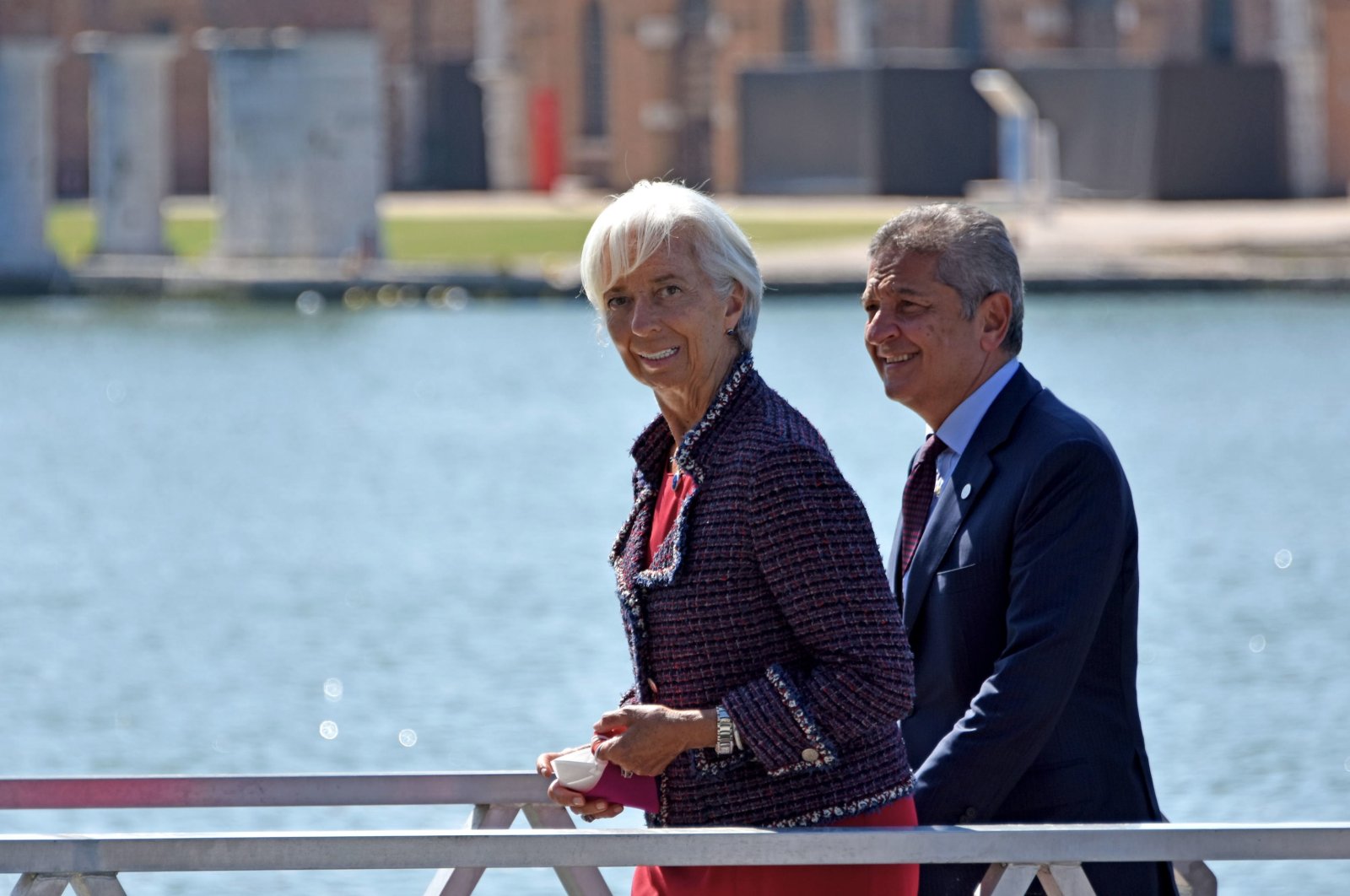 Global tax reform backed by U.S. President Joe Biden was at the top of the agenda during the G-20 meeting that saw finance ministers of member countries gather in Venice on Friday as the world's biggest economies seek to ensure multinational companies pay their fair share.

Ministers and central bankers from the 19 richest countries and the European Union met in person for the first time since talks in Riyadh in February 2020, at the start of the coronavirus pandemic.

However, China and India opted for a virtual presence in the city of canals, where the Arsenal area has been closed off from tourists and locals for the two-day event hosted by G-20 president Italy.

The countries of the G-20 have already signed up to a framework for reform agreed on July 1 among members of the Organisation for Economic Cooperation and Development (OECD), notably for a global minimum corporation tax rate of 15%.

They are now seeking a political deal to help the agreement – aimed at ending tax havens and stopping global companies benefiting as nations compete to offer the lowest rates – become a reality.

"Now is the time for the international community to rally together and build on this momentum," British finance minister Rishi Sunak said.

The minimum rate is one of two so-called pillars of global tax reform that have been under negotiation for years.

The other aims to tax multinationals where they make their profits, not where they are headquartered. It is particularly aimed at technology giants such as Google, Amazon, Facebook and Apple, who pay derisory levels of tax compared to their income.

According to a draft obtained by Agence France-Presse (AFP) of the final statement, which is still being discussed, the G-20 ministers will "endorse" the OECD's "historic agreement on a more stable and fairer international tax architecture."

A final agreement on the minimum tax rate is not expected until the run-up to the G-20 leaders' summit in Rome in October.

But the Venice talks are an opportunity to thrash out further details and exert pressure on those who have not yet signed up to the OECD deal, which so far has been backed by 131 countries.

EU members Estonia, Hungary and Ireland, which have all used low tax rates to attract investment, are among the holdouts.

Several countries by contrast are pushing for a higher rate than 15 percent, including the United States, France, Germany and Argentina.

"I don't want to give a specific figure, but I think we need to be ambitious," French Finance Minister Bruno Le Maire told Bloomberg TV on Friday.

"This is the unique opportunity that we'll have to have a fairer, more efficient international taxation system for the 21st century."

But others are less optimistic about their chances.

"We must be realistic," said a German government source. "Other countries already have a problem with this level."

Even if a minimum rate is implemented, this would not necessarily mean the end of tax havens, noted Giuliano Noci, professor of strategy at Milan's Polytechnic business school.

"The rates fixed by different countries can still vary significantly, and so fiscal optimization remains at the heart of the strategy of technology giants and other multinationals," he told AFP.

The G-20 ministers are also expected to give more details of how they will support an initiative by the International Monetary Fund (IMF) to increase aid to countries struggling to cope with coronavirus.

The IMF wants G-20 countries to decide on a clear path over the next two days for allowing rich countries to contribute some $100 billion worth of newly issued IMF reserves to poorer countries, the Fund's No. 2 official told Reuters on Friday.

IMF First Deputy Managing Director Geoffrey Okamoto said his goal was to be able to present a viable option for channeling newly issued Special Drawing Rights (SDR) to countries in need by the time the $650 billion allocation is completed at the end of August.

"Countries expect us to have an option ready to go. We're doing all we can to secure agreement on an option that we can begin implementing once the allocation is made," Okamoto said in an interview on the sidelines of a G-20 finance ministers and central bank governors meeting here.

The IMF SDR plan will distribute reserves to all 190 member countries in proportion to their ownership, with the lion's share going to G-20 countries. SDRs are the IMF's unit of exchange, made up of dollars, euros, yen, sterling and yuan. To spend them, countries must arrange an exchange for underlying currencies.

In a draft G-20 communique seen by Reuters, the finance officials called on the IMF to "to quickly present actionable options for countries" to channel part of their allocated SDRs to aid pandemic recovery, including through the creation of a new trust fund.

The communique as currently written did not specifically endorse the IMF's $100 billion SDR channeling goal but called for "an ambitious target in support of vulnerable countries."

The IMF has proposed creating a new Resilience and Sustainability Trust that would include some vulnerable middle-income countries and small island states, working alongside the Poverty Reduction and Growth Trust (PRGT) for aiding the poorest countries.

The Biden administration, which manages the dominant U.S. shareholding in the IMF, has signaled its support for the new trust.

Okamoto said the PRGT can only accept $30 billion in SDRs, leaving potentially up to $70 billion for new facilities.

A key challenge to designing a new IMF trust fund is the legal restriction that some countries, including Germany, have on SDRs that require them to be held as reserve assets with no credit or liquidity risk.

Lending or contributing SDRs to other countries could entail both, Okamoto said, so additional fund contributions would be needed to act as a capital buffer.

“The ambition to recycle SDRs needs to be matched by the ambition for donors to take credit risk, liquidity risk, or contribute grants, for countries to see maximum benefit," Okamoto said. He added that he hoped to see a "meeting of the minds" on these issues at the G-20 meeting.

Other countries, including China, have expressed skepticism about the SDR channeling efforts. Even though top Chinese officials are not participating in the Venice meetings in person, Okamoto said he hoped they would be influenced by broad support among G-20 members.

Regarding which countries can benefit from the new Resilience and Sustainability Trust, Okamoto said there will be some prioritization of countries based on need.

"We’re giving an eye towards countries who need the most amount of support coming out of this crisis," Okamoto said.

Many middle-income countries will still benefit from their direct allocation of SDRs by seeing the added reserves reduce borrowing costs and bolster financial system stability.

“The general allocation, itself, is potent. Middle-income countries will be seeing an augmentation of their reserves at a time when incoming inflation data could tighten financial conditions and countries need to roll over debt in markets after heavy borrowing over the past 18 months," Okamoto added.