Governments worldwide under pressure to save economies hammered by virus 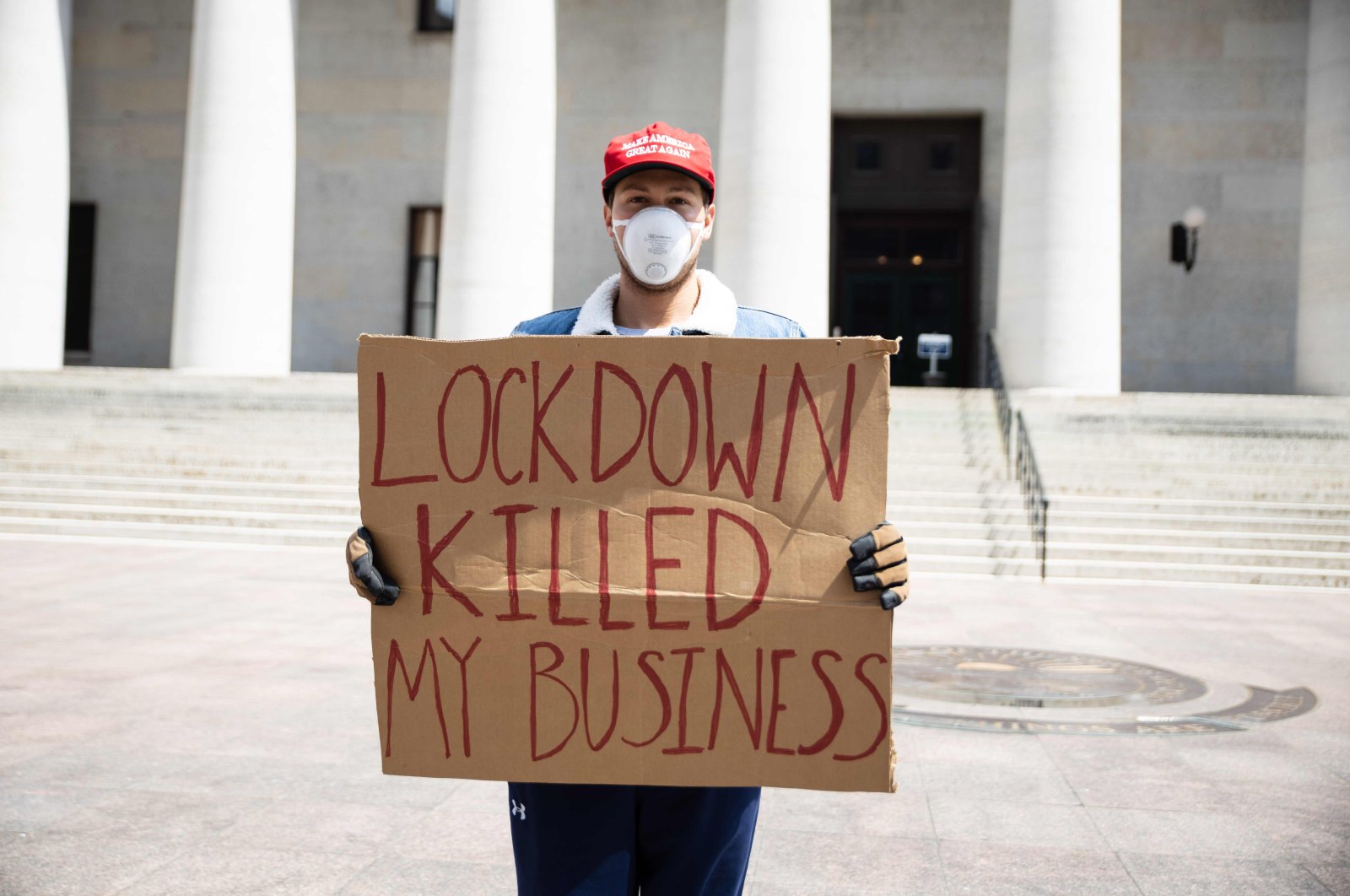 Though the spread of the coronavirus has slowed down in some parts of the globe and strictly imposed self-isolation practices have proven effective, governments are now more than concerned about containing the negative impact on economies crippled by the virus.

South Korea, the first country after China to report a surge in cases, reported fewer than 10 new coronavirus cases Sunday for the first time in two months, meanwhile, U.S. governors ease lockdowns amid pressure worldwide from businesses and the public to limit the pandemic’s economic damage.

In Brazil, hundreds of people protested Saturday in major cities against anti-virus lockdowns. France reported a decline in numbers of intensive care patients, but its health agency warned the public to stick to strict isolation measures.

The pandemic that began in China in December is believed to have infected more than 2.3 million people worldwide. While most recover, at least 155,000 have died, according to a tally by Johns Hopkins University based on figures supplied by health authorities around the globe.

South Korea announced its number of new infections fell Sunday to eight. That raised its total to 10,661, including 234 deaths.

Infections in South Korea have fallen from a peak of 909 on Feb. 29, but officials have warned that a “quiet spread” is possible as people relax social distancing.

“We must not let down our guard until the last confirmed patient is recovered,” President Moon Jae-in said Sunday.

Taiwan reported 22 new cases – a student who returned from the United States and 21 crew members of a naval ship that visited the Pacific island nation of Palau.

Shutdowns that began in China in late January and spread to the U.S., Europe and elsewhere have plunged the world into its most painful economic slump since the Great Depression of the 1930s. Millions of workers have lost their jobs.

The International Monetary Fund expects the global economy to contract by 3% this year – a far bigger loss than the 0.1% seen in 2009 after the global financial crisis.

In Egypt, Pope Tawadros II held Easter services at the Monastery of Saint Pishoy, in the desert valley of Wadi Natrun west of Cairo known as Wadi Natrun. The handful of clerics who attended stood apart from each other.

Christians comprise about 10% of Egypt’s 100 million people. The country has 3,032 coronavirus cases, including 224 deaths.

Texas, Indiana and some other states have announced plans to allow some retail and other activity to resume. Florida and South Carolina are reopening beaches.

“We are not at a point when we are going to be reopening anything immediately,” Cuomo told reporters.

Brazil's president, Jair Bolsonaro, who has criticized anti-virus shutdowns imposed by state governors, said Saturday he would recommend reopening its borders with Paraguay and Uruguay.

Bolsonaro has downplayed the threat of the disease. On Friday, he fired his health minister, who supported anti-disease controls, and indicated he expects the new minister to protect the economy.

Trump is pushing to relax the U.S. lockdown by May 1, a plan that hinges partly on more testing.

Vice President Mike Pence delivered a speech at the U.S. Air Force Academy in Colorado, on a trip aimed at showing the country is on course to reopen.

In Austin, Texas, several hundred people outside the state capitol chanted “Let us work!” Many clamored for an immediate end to restrictions in a state where more than 1 million have filed for unemployment.

Indiana’s state health department reported 529 new cases between April 7 and midday Friday, raising the total to more than 10,600. The number of deaths rose by 26, to 545.

Elsewhere, demonstrators waved signs outside the statehouse in New Hampshire, which has had nearly 1,300 cases and more than three dozen deaths.

“Even if the virus were 10 times as dangerous as it is, I still wouldn’t stay inside my home,” said one of the protesters, talk show host Ian Freeman.

In Asia, McDonald’s suspended operations in Singapore after seven employees tested positive for the coronavirus. The company said it will keep paying more than 10,000 employees in 135 outlets during the closure, due to last through May 4.

In Pakistan, Prime Minister Imran Khan’s government bowed to demands by religious leaders and agreed to keep mosques open during the Islamic fasting month of Ramadan. Pakistan has been blamed for contributing to the virus's spread by refusing to stop a gathering of tens of thousands of religious missionaries. Nearly 2,000 confirmed cases have been traced to them.

In Europe, there are tentative signs that anti-disease curbs are working.

France and Spain have started dismantling some field hospitals. The number of active cases in Germany has declined over the past week as people recover.

Still, France’s health agency urged the public to stick to confinement measures that have been extended until at least May 11. “Don’t relax our efforts at the moment when confinement is bearing fruit,” the agency said.

Albania's government plans to allow its mining and oil industries to reopen Monday, along with hundreds of businesses, including small retailers, food and fish processing, farming and fishing.