High malnutrition rates can cut global GDP by up to 5% 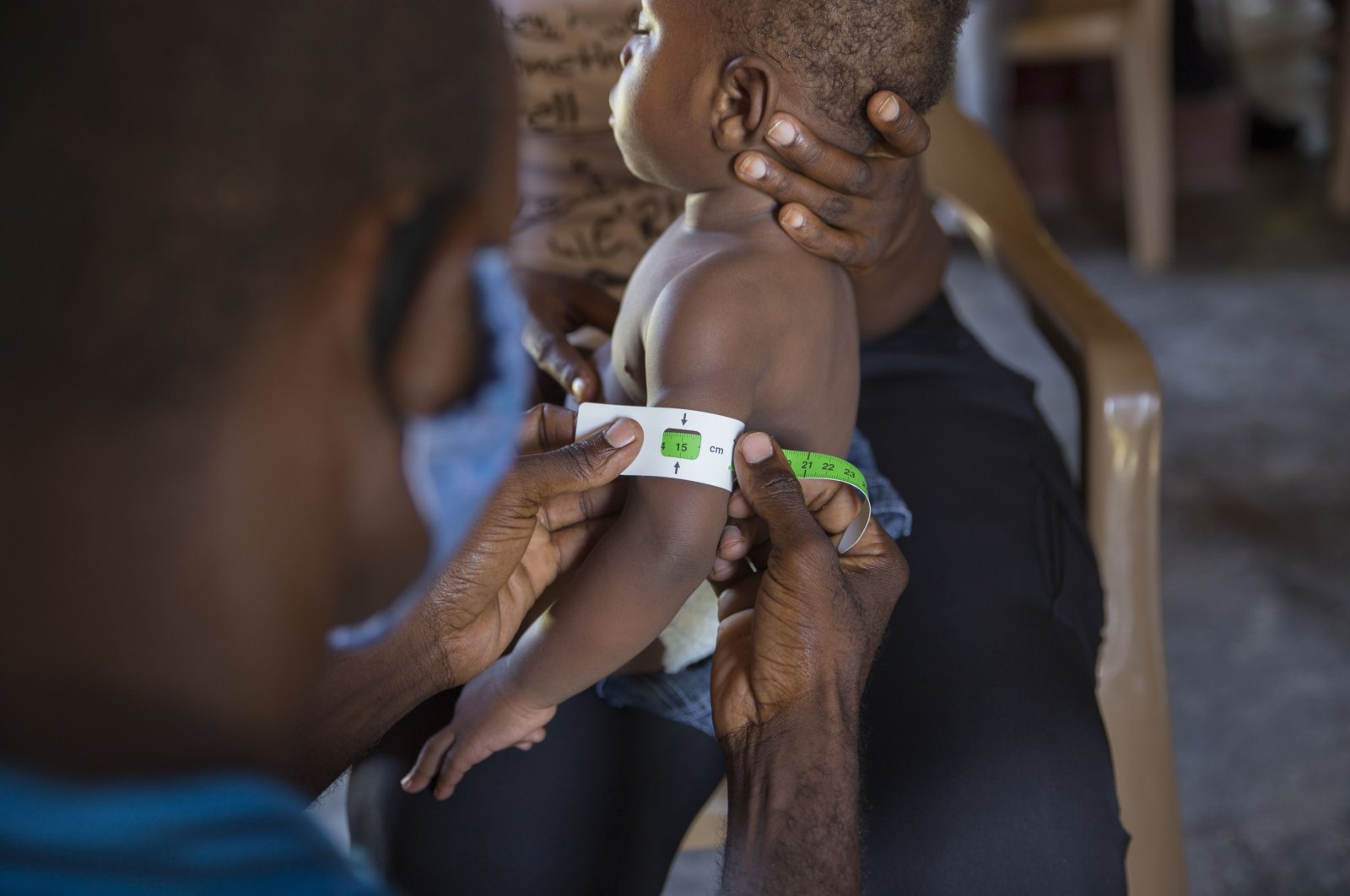 A health care worker measures the mid-upper arm circumference of an infant at a malnutrition clinic run by UNICEF, in Les Cayes, Haiti, May 26, 2021. (AP Photo)
by Anadolu Agency May 28, 2021 1:51 pm
RECOMMENDED

High rates of malnutrition can lead to a loss in gross domestic product (GDP) by as much as 4%-5%, according to an assistant representative in Turkey for the United Nations Food and Agriculture Organization (FAO).

"The impact of nutrition on economic growth would appear to operate directly, through nutrition's effect on labor productivity, as well as indirectly, through improvements in life expectancy," said Aysegül Selışık, speaking exclusively to Anadolu Agency (AA) ahead of World Hunger Day.

Depending on the empirical specification that is chosen, the point estimates imply that inadequate nutrition is responsible for a shortfall of between 0.23 and 4.7 percentage points in the annual growth rate of GDP per capita worldwide, she stressed.

Selışık suggested that achieving food security will not only improve human welfare considerably but also substantially increase the rate of economic growth.

As hunger is an issue of socioeconomic factors as well as agricultural production or availability, COVID-19 worsened the situation in the world.

"The magnitude and severity of food crises worsened in 2020 as protracted conflict, the economic fallout of COVID‑19 and weather extremes exacerbated pre-existing fragilities," Selışık said.

At least 155 million people in 55 countries and territories were in crisis or worse in 2020, a rise of around 20 million year-on-year, she said.

The COVID-19 pandemic will see more than a quarter of a billion people suffering acute hunger by the end of the year, according to new figures from the World Food Program (WFP).

The latest numbers indicate that the lives and livelihoods of 265 million people in low and middle-income countries will be under severe threat unless swift action is taken to tackle the pandemic.

Citing the latest estimations, Selışık said some 690 million people or 8.9% of the world population struggle with hunger.

The figure is up by 10 million in one year and by nearly 60 million in five years, she added.

The number of people affected by severe food insecurity – another measure that approximates hunger – shows a similar upward trend.

"In 2019, close to 750 million – or nearly one in 10 people in the world – were exposed to severe levels of food insecurity," Selışık said, adding an estimated 2 billion people in the world did not have regular access to safe, nutritious and sufficient food in 2019.

"Hunger is no longer an issue of insufficient global supplies but mainly of a lack of access to the means to produce or purchase food, and every year, the world loses or wastes about a third of the food it produces," she said.

Touting the sustainable development goals of the U.N., Selışık said the world will likely fail to achieve zero hunger by 2030 despite enough food produced around the world.

If recent trends continue, the number of people affected by hunger will surpass 840 million by 2030, she stressed.

Meanwhile, the world is not on track to achieve the targets for child obesity, Selışık noted.

Besides hunger, adult obesity is on the rise in all regions as healthy diets are unaffordable to many people, especially the poor, Selışık pointed out.

Turkey is in a lucky position in terms of agriculture and food production with diverse product design and established distribution channels, she noted.

"For example, an indicator of food insecurity, ‘prevalence of undernourishment,' has always been under 2.5% since the inception of the measure," Selışık said.

Citing the latest FAO data, she said 32.1% of the adult population is obese in Turkey, meaning that one out of three adults is obese, which is a serious nutritional status, especially considering the related non-communicable diseases like diabetes or cardiovascular problems.