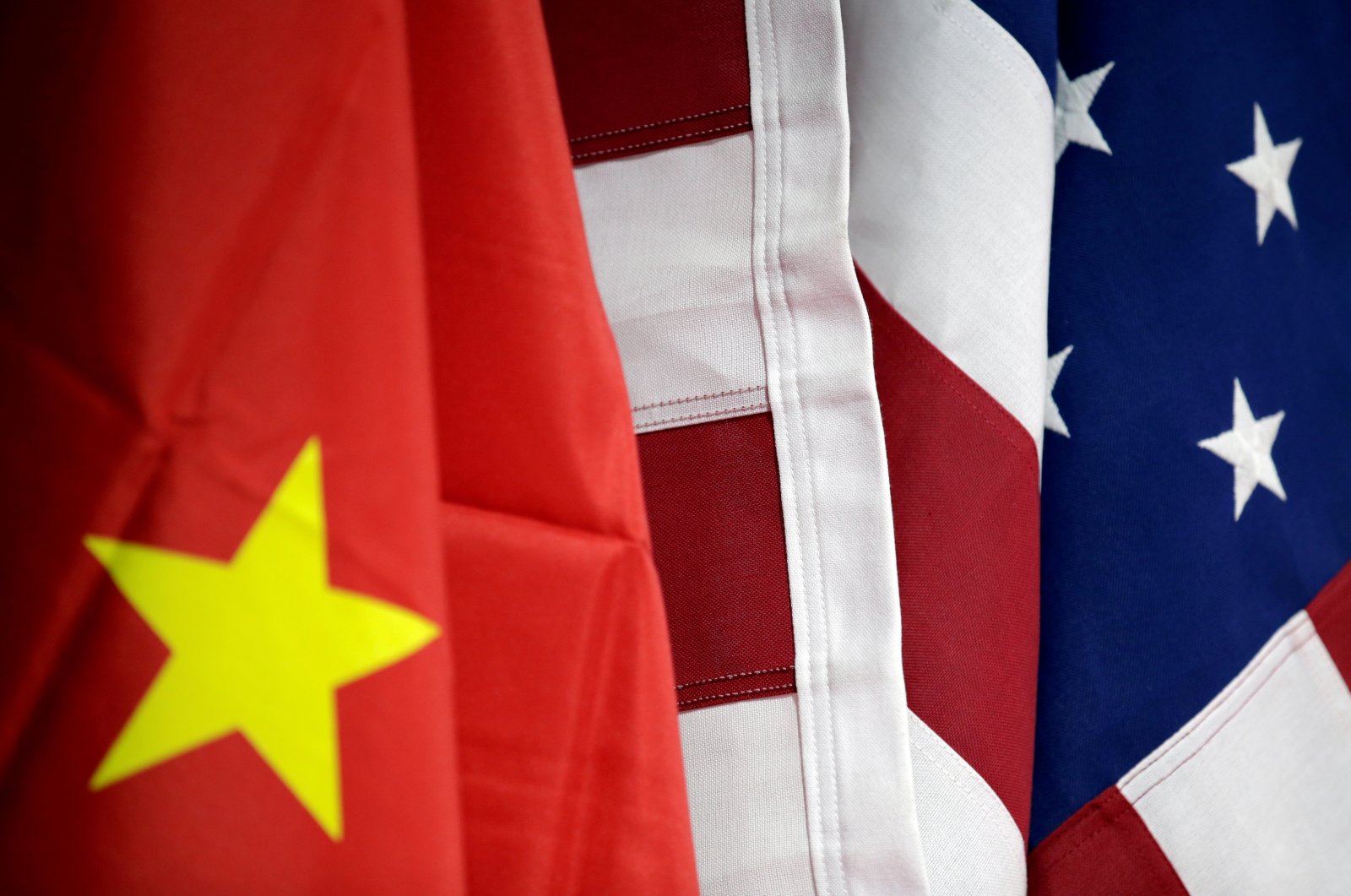 Flags of U.S. and China are displayed at American International Chamber of Commerce (AICC)'s booth during China International Fair for Trade in Services in Beijing, China, May 28, 2019. (Reuters Photo)
by REUTERS Dec 17, 2020 1:46 am
RECOMMENDED

Speaking late on Tuesday in a rare interview, Lighthizer defended the Trump administration's record in shredding the status quo on trade and imposing unilateral tariffs on $370 billion worth of Chinese goods.

Beijing signed the Phase 1 trade deal nearly a year ago after months of tariffs, promising to boost purchases of U.S. agricultural and manufactured goods, energy and services by $200 billion above 2017 levels over two years.

The tariffs have cost U.S. importers $71.6 billion since they started in July of 2018, according to U.S. Customs data.

Asked what Biden, declared winner of the Nov. 3 presidential election by the Electoral College on Monday, should do with the Phase 1 deal, Lighthizer said: "I would hold their feet to the fire on Phase 1."

"I think in some parts they (China) have done a reasonably good job, in other parts they haven't," Lighthizer said.

He said that Beijing is well behind on its purchase commitments, partly due to the pandemic. As of October, Beijing’s purchases of U.S. goods and services were about half the level the Phase 1 deal requires, on a pro-rated annual basis, according to the Peterson Institute for International Economics.

"I would use the dispute settlement process to resolve specific issues," Lighthizer said. "I would keep the tariffs in place for sure. I think if you see the tariffs dissipating that's a signal that we're not serious about understanding that China is a strategic adversary."

Biden said in August he thought the Phase 1 deal was "failing."

But in December, he told a New York Times columnist that he did not plan "any immediate moves" to change the deal or the tariffs on Chinese goods.