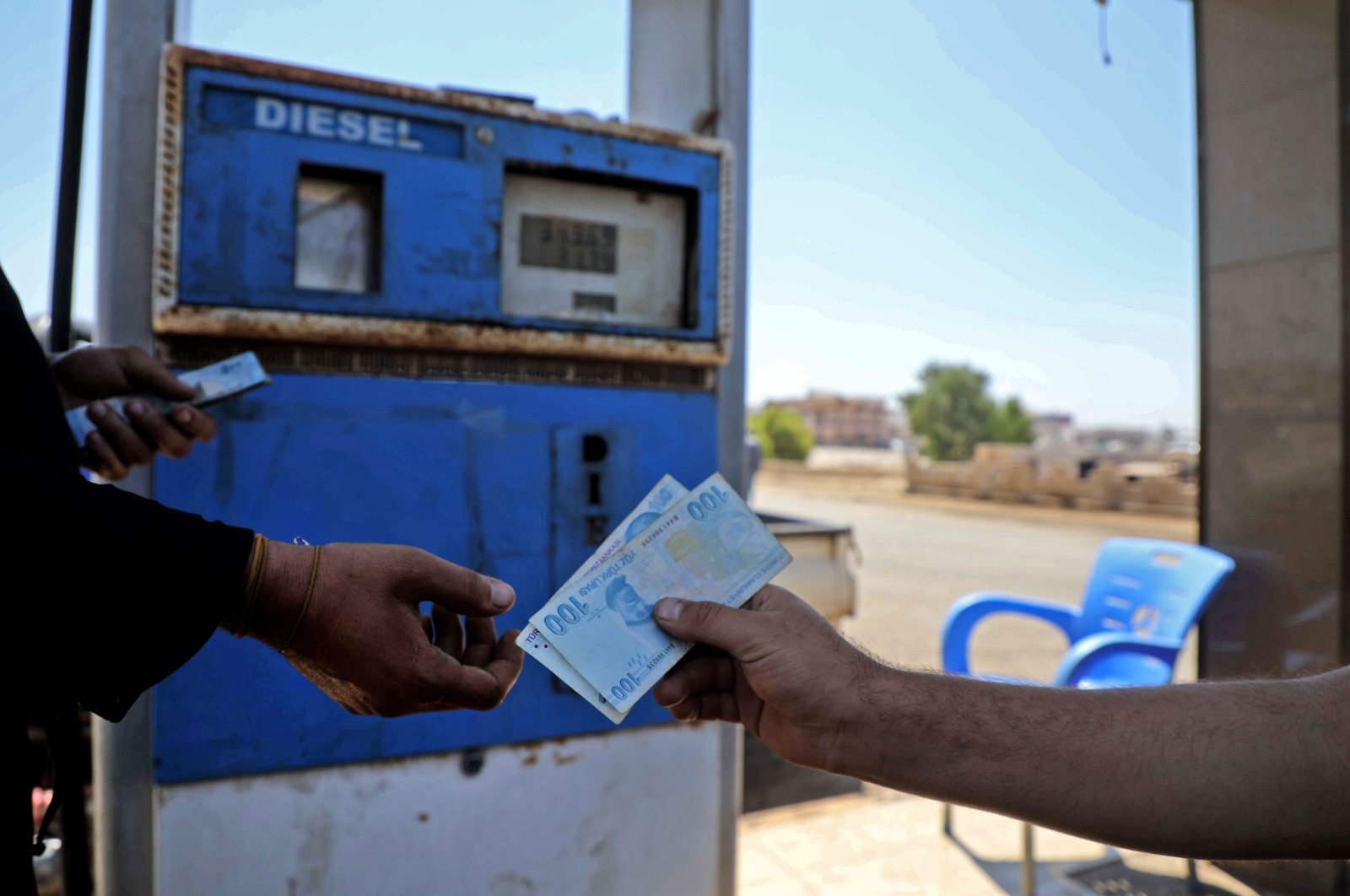 Local authorities in northwest Syria’s Idlib are replacing the plummeting Syrian pound with the Turkish lira to shield their opposition-held region from economic collapse, an official said Monday, amid huge hikes in the prices of goods and commodities. Last week photos of Turkish lira coins in regions that were liberated by Turkey-backed Syrian opposition groups from terrorist organizations were circulating on social media.

He said it has “instructed commercial traders and money exchange houses” to circulate low-denomination Turkish coins and banknotes to be used “for everyday transactions in liberated territories instead of the Syrian pound.”

The use of the Turkish lira in a province like Idlib, the population of which has swelled to around 3 million, doubling the prewar population of 1.5 million, would further reduce the value of the Syrian pound over reduced demand.

At a money transfer office in the province on Sunday, an Agence France-Presse (AFP) correspondent saw bags of Turkish lira coins on the floor alongside boxes filled with banknotes.

In a statement on Friday, the United Nations said a “large” shipment of Turkish currency had reportedly entered Idlib on June 11.

Turkish lira notes were already in circulation in some of the areas in northern Syria, while most recently, last week, coins were said to have started coming in from Turkey, with photos circulating on Twitter showing coins in what was said to be a branch of the Turkish Post and Telegraph Organization (PTT) in the northwestern Azaz district.

Sharing a statement on his twitter account, Abdurrahman Mustafa, head of the Syrian Interim Government and the Syrian Turkmen Assembly, also said, “In order to protect citizens' savings due to the rapid depreciation of the Syrian lira, we intensified our negotiations with the relevant Turkish authorities and took the first step in the process of launching small TL banknotes, which are vital in daily life, in the north of Syria.”

Hours after the Syrian Interim Government's decision, Turkish currency began circulating in the northern countryside of Aleppo, under the control of Turkish-backed opposition groups, in addition to Azaz, North Press Agency reported.

Syria’s economy has been battered by nine years of war compounded by a financial crisis in neighboring Lebanon, which had served as a conduit to bring dollars into regime-held areas.

The value of the Syrian pound has plummeted in recent days on the informal market, sending prices skyrocketing, shuttering shops and sparking rare anti-regime protests in the country’s regime-held south.

The spike comes ahead of the introduction of new U.S. sanctions from June 17 and after the sudden fall from grace of tycoon and Assad's cousin Rami Makhlouf, which has left other top businessmen on edge.

“The Syrian pound will continue to circulate in liberated areas but its use will be reduced to a minimum,” the local official said.

Under the new measures, the Salvation Government last week set the price for a loaf of bread at TL 2 (less than $1).

An AFP correspondent said that gas stations on Sunday started to list their prices in Turkish lira.

Turkey set up a dozen military observation posts in the Idlib region under a 2018 agreement with Russia, but most of these are now in areas held by Syrian regime forces.

The Turkish-backed Syrian National Army (SNA) also controls a stretch of territory along its border in neighboring Aleppo province following a series of military operations that targeted terrorist elements.

Besides Euphrates Shield, carried out by the Turkish military and the SNA to clear Aleppo from terrorists, Turkey also launched three anti-terror operations – Olive Branch in 2018, Peace Spring in 2019 and Spring Shield this year – across its border in northern Syria to prevent the formation of a terror corridor and enable peaceful settlement by locals. Operation Olive Branch cleared northwestern Afrin district of YPG/PKK terrorists, while Operation Peace Spring liberated the northern towns of Ras al-Ayn and Tal Abyad from the terrorist group and captured areas along the strategic M4 highway. The most recent operation, Operation Peace Spring, targeted the Assad regime and its allied militias over their advance in Idlib in violation of a truce agreed upon between Ankara and Moscow.