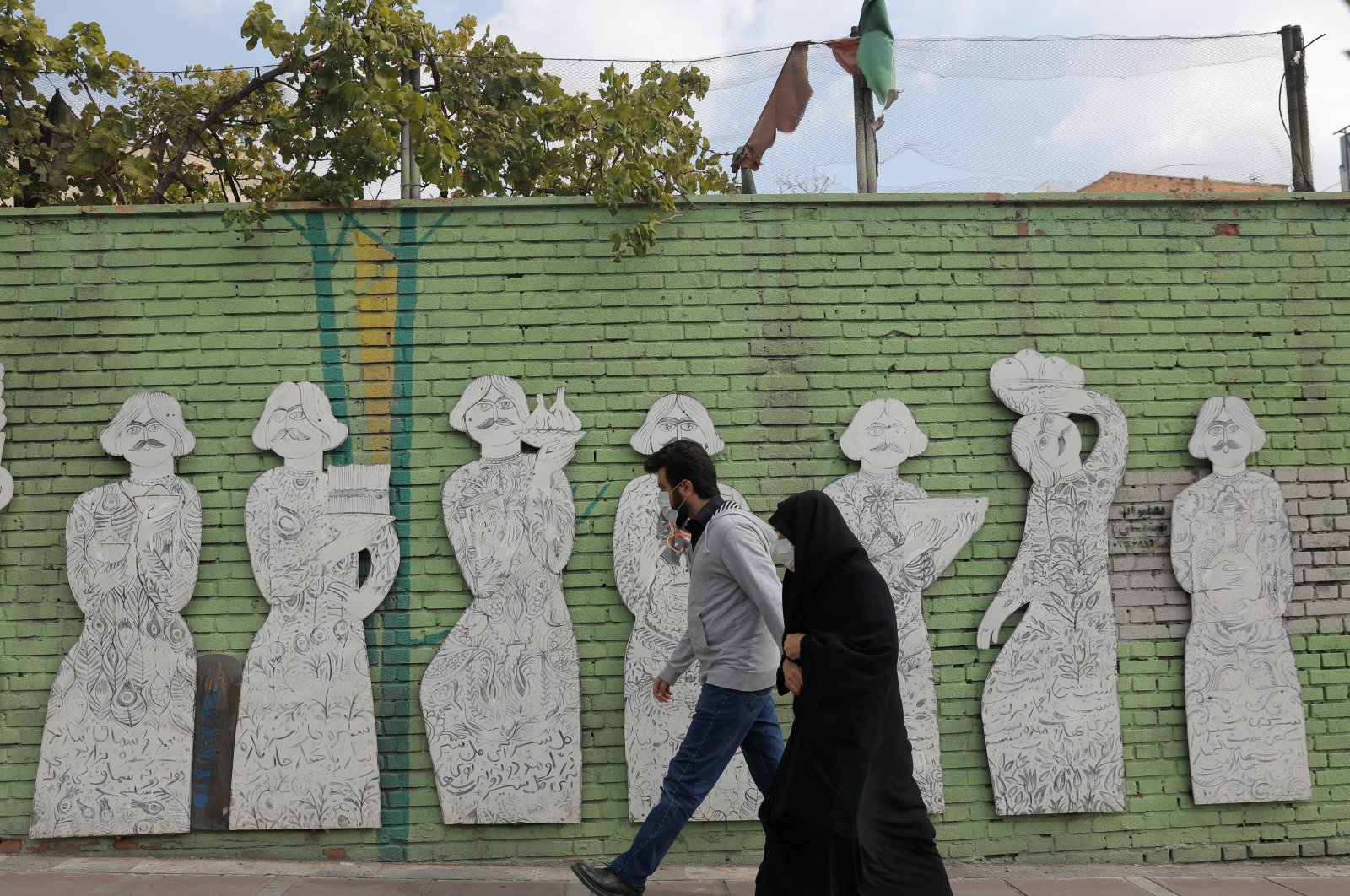 Iranians wearing face masks walk on a street after government authorities made it mandatory for all to wear face masks in public following the outbreak of the coronavirus disease (COVID19), in Tehran, Iran, Oct. 10, 2020. (Photo by West Asia News Agency via Reuters )
by French Press Agency - AFP Oct 19, 2020 3:06 pm
RECOMMENDED

The International Monetary Fund (IMF) on Monday urged Middle Eastern and North African countries to accelerate reforms and diversification efforts as the energy-rich region faces unprecedented challenges due to the coronavirus and low oil prices.

In its latest regional economic outlook report, the IMF projected the economies of the Middle East North Africa region (MENA) to shrink by 5% this year compared with a July estimate that they would contract by 5.7%.

The region, which includes all Arab countries and Iran, was expected to suffer its worst economic performance since 1978 when it was convulsed with unrest and shrank by 4.7%, according to World Bank data.

"We should look at what is happening today as a call for action, and also as an opportunity to stimulate the transformation of the economy and create more opportunities, especially for the youth," Jihad Azour, the IMF's Middle East and Central Asia director, told Agence France-Presse (AFP).

"We expect that both growth and unemployment to be affected this year, and overall this crisis could bring growth down by 5% as well as also unemployment could go up by 5%."

Years of devastating conflicts in several Arab countries – including Syria, Yemen, Iraq and Libya – have already battered their economies and created widespread poverty.

Since March, countries of the region, many of them heavily dependent on oil revenues, have resorted to sweeping lockdowns and curfews to prevent the spread of the coronavirus, disrupting local economies.

Hit by the double whammy, oil exporters' growth was tipped to contract by 6.6%, while importer's economies were expected to contract by 1% as the COVID-19 pandemic keeps striking tourism and trade.

"We are at an important moment where there are hopes that (a) vaccine could accelerate the recovery, but also there are challenges with the risk of a second wave of the coronavirus," said Azour.

The IMF said Lebanon was heading towards a contraction by 25%, compared with an estimated shrinkage of 12% in April.

Saudi Arabia's economy, the largest in the Arab world, is expected to shrink by 5.4% this year, according to the IMF.

This marks a slight improvement from the sharp 6.8% estimated earlier this year as the kingdom reels from the impact of low oil prices and the coronavirus pandemic.