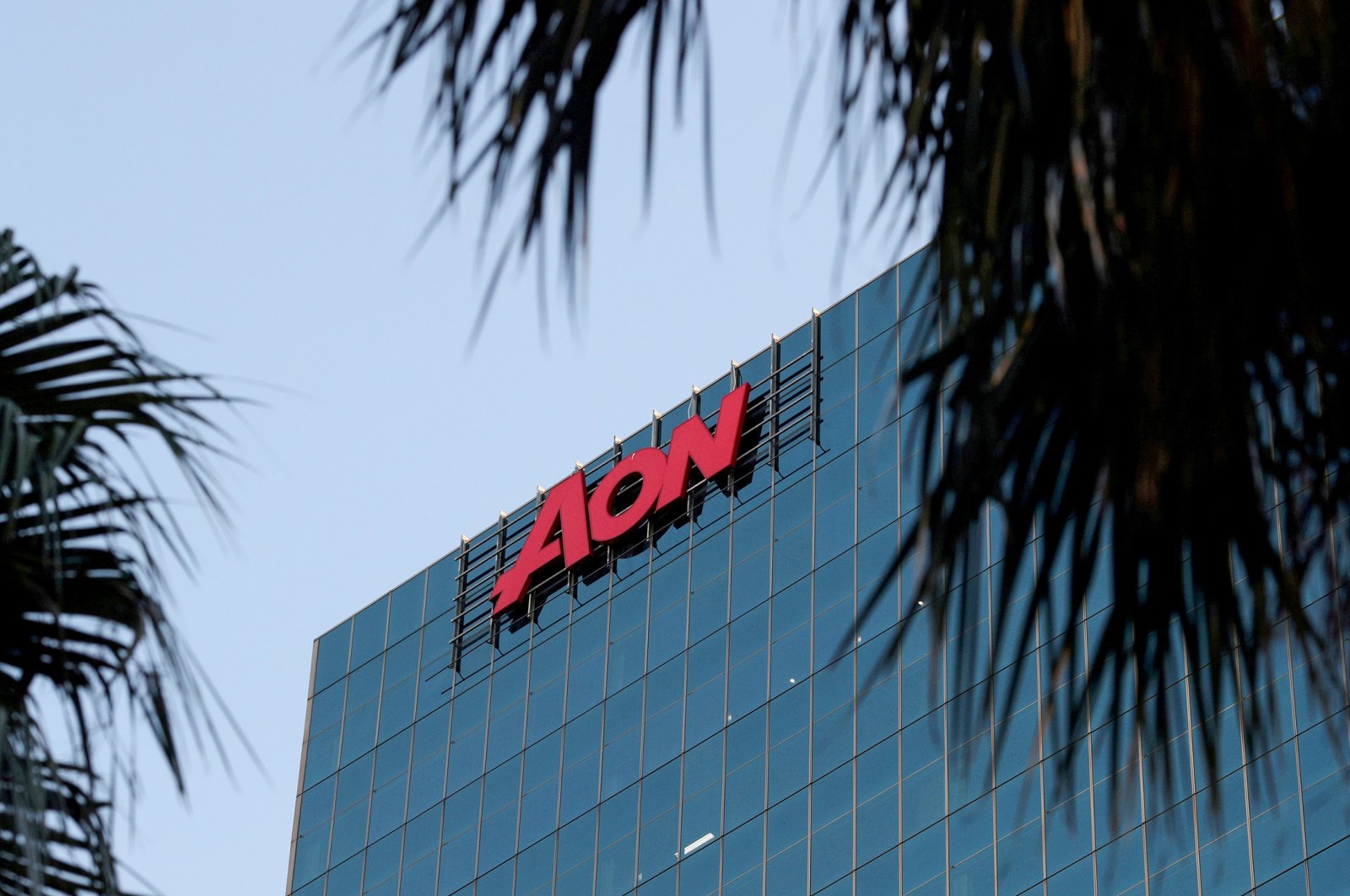 An office building with the Aon logo is seen in the Central Business District of Sydney, Australia, June 3, 2020. (Reuters Photo)
by REUTERS Jul 26, 2021 4:43 pm
RECOMMENDED

Insurance brokers Aon Plc and Willis Towers Watson Plc said Monday they had agreed to terminate their $30 billion merger agreement and end their litigation with the U.S. Department of Justice (DOJ).

The deal would have put London-headquartered Aon ahead of the world's largest insurance broker Marsh & McLennan Cos Inc.

"Despite regulatory momentum around the world, including the recent approval of our combination by the European Commission, we reached an impasse with the U.S. Department of Justice," Aon Chief Executive Officer Greg Case said in a statement.

Aon will pay $1 billion as a termination fee to Willis, it said.

In June, DOJ had sued to block the deal, saying it would reduce competition and could lead to higher prices.

A federal judge had narrowed the scope of the lawsuit last week, which came after Aon and Willis agreed to divestitures to win approval in the United States and Europe after discussions with regulators.

Aon ranks second and Willis fifth among U.S. commercial insurance brokers in the U.S. market, according to a survey by Business Insurance magazine.

The other largest brokers in the United States are Marsh & McLennan, Arthur J Gallagher & Co and Alliant Insurance Services Inc.

In April, insurance company Chubb Ltd said it was no longer looking at buying smaller rival, the Hartford Financial Services Group Inc, after the latter rebuffed Chubb's takeover bids post declining to engage in talks on the $23.24 billion buyout proposal.