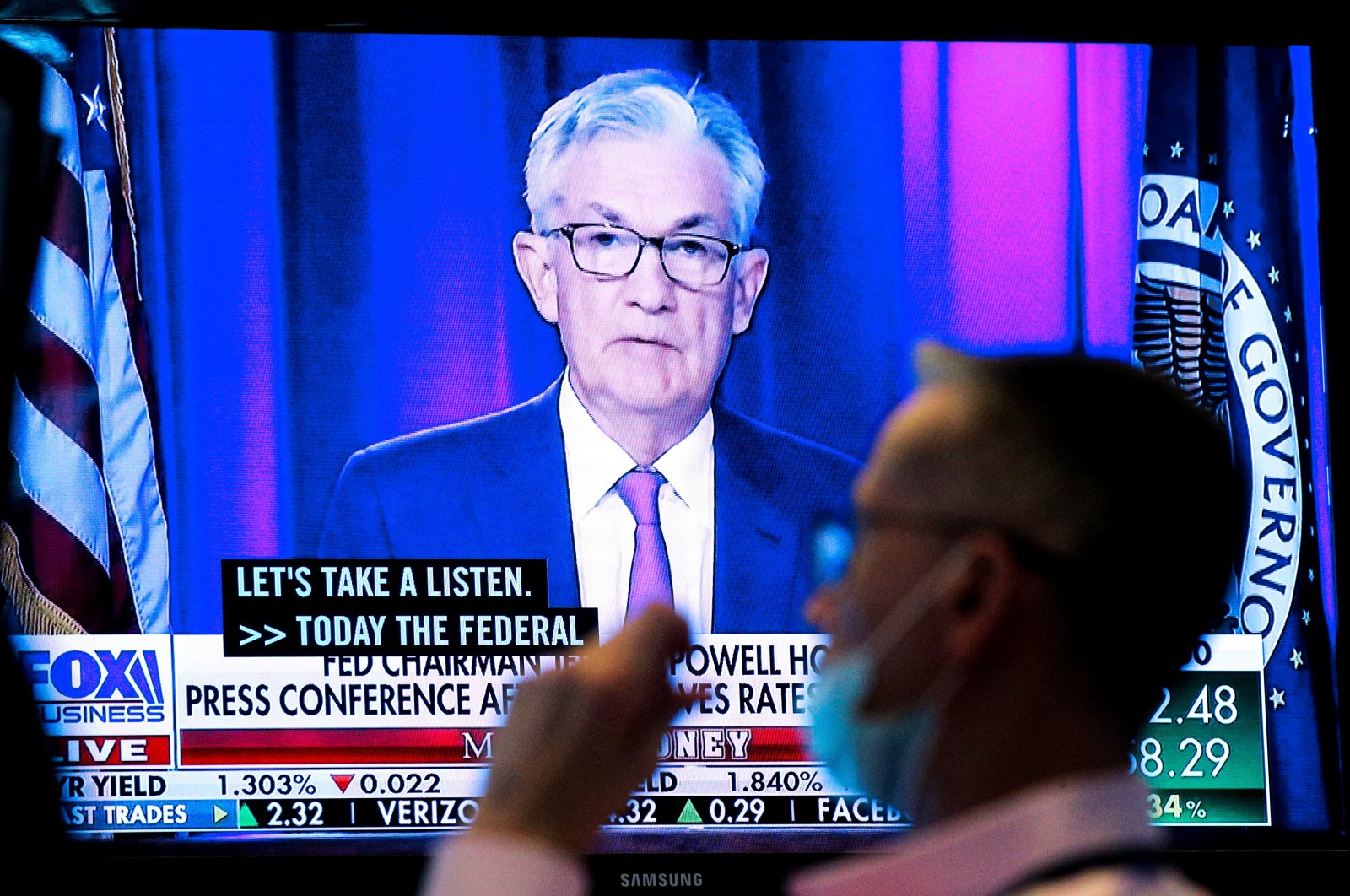 Investors are grappling with how an unwind of the United States Federal Reserve’s (Fed) easy money policies could affect asset prices, after the central bank signaled that a taper of its bond-buying program was closer than ever and suggested it may raise rates at a faster-than-expected pace.

In what some described as a hawkish tilt, the Fed Wednesday cleared the way to begin reducing its monthly bond purchases as soon as November, and nine of 18 U.S. central bank policymakers projected borrowing costs will need to rise in 2022 in response to inflation that is now expected to run at 4.2% this year, more than double the Fed’s 2% target rate.

Fed Chairperson Jerome Powell said the U.S. central bank could conclude its tapering process around the middle of next year, as long as the recovery remains on track.

The focus on rate increases comes as investors gauge how markets will respond to an unwind of the central bank’s $120 billion per month bond-buying program, which has helped the S&P 500 double from its March 2020 lows.

A drawdown of bond purchases could begin after the Nov. 2-3 policy meeting as long as U.S. job growth through September is “reasonably strong,” Powell said in a news conference following the central bank’s latest two-day session.

The U.S. nonfarm payrolls report for September will be released in early October, the last such report before Fed policymakers gather again in November.

“It wouldn’t take a knockout or super-strong employment report,” to start the “taper” of the bond-buying program, with the process expected to wind down by the middle of next year, Powell said.

Though many had expected the central bank to begin its unwind before the year was up, some investors said the projection for rate increases may spur worries over whether the Fed risks tightening monetary policy at a time when the economy could be significantly weaker than it is today, potentially undercutting the case for stocks and other comparatively risky assets.

Stocks held on to their gains after the Fed’s statement, with the S&P 500 closing up nearly 1%.

In Treasury markets, the gap between five-year notes and 30-year bonds fell below 100 basis points after the Fed policy statement to the lowest level since July 2020. A narrower gap could indicate factors like economic uncertainty, easing inflation concerns and anticipation of tighter monetary policy.

The central bank now projects inflation will run above its target for four consecutive years. Even though the overshoot is slight, at 2.2% in 2022 and 2023, and 2.1% in 2024, it has begun to shift views among policymakers who have been divided over whether the biggest risk is the pandemic’s ongoing impact on the economy, marked by relatively high joblessness, or the threat of breakout inflation.

For the time being, the Fed still anticipates being able to spur employment while keeping a lid on inflation, which it views as the result of “transitory” forces that will ebb on their own.

Indeed, the interest rate increases are expected to proceed slowly, pushing the Fed’s benchmark overnight lending rate to 1% in 2023 and then to 1.8% in 2024 – still considered a loose monetary policy stance that will allow the unemployment rate to fall to its pre-pandemic level of around 3.5%.

The Fed Wednesday held its current target interest rate steady in a range of 0% to 0.25%.

“The rates market interpreted Fed communications as hawkish,” analysts at BoFA Global Research said in a note. “The more hawkish Fed is a key ingredient for our higher rates view into year-end,” it added.

The Fed funds market fully priced in a rate hike by January 2023 after the statement, moving projected rate increases forward by a month.

Analysts at TD Securities expect the central bank to reduce its asset purchases by $15 billion a month starting in November, helping push up yields and strengthen the dollar, they said in a report.

The U.S. currency’s trajectory is important for investors as it impacts everything from commodity prices to corporate earnings. Higher yields make dollar-denominated assets more attractive to income-seeking investors. The greenback was up 0.23% against a basket of its peers late Wednesday.

“Once the dust settles it seems that there are enough hawkish signals to keep the dollar biased higher, as the market pencils in a sooner-than-expected rate hike,” said Joe Manimbo, senior market analyst at Western Union Business Solutions.

Others were sanguine on the Fed’s outlook, saying the more hawkish view was a reflection of the economy’s strength in the face of a COVID-19 resurgence.

Markets are likely to remain more focused on the inference that additional rate hikes in 2022 and 2023 would suggest a strengthening economy than on the Fed’s tapering plan, said Mark Freeman, chief investment officer at Socorro Asset Management.

“Powell clarified repeatedly ... that the criteria for tapering is very different than criteria for raising rates, which is much higher” and will have more of a market impact, he said.

Rick Rieder, chief investment officer of global fixed income at BlackRock, said in a note that robust demand for Treasurys would likely minimize the impact of the Fed’s unwind.

“With the demand for income and financial assets that we’re seeing ... the modest tapering likely to be seen from the Fed is not consequential for markets,” he said.