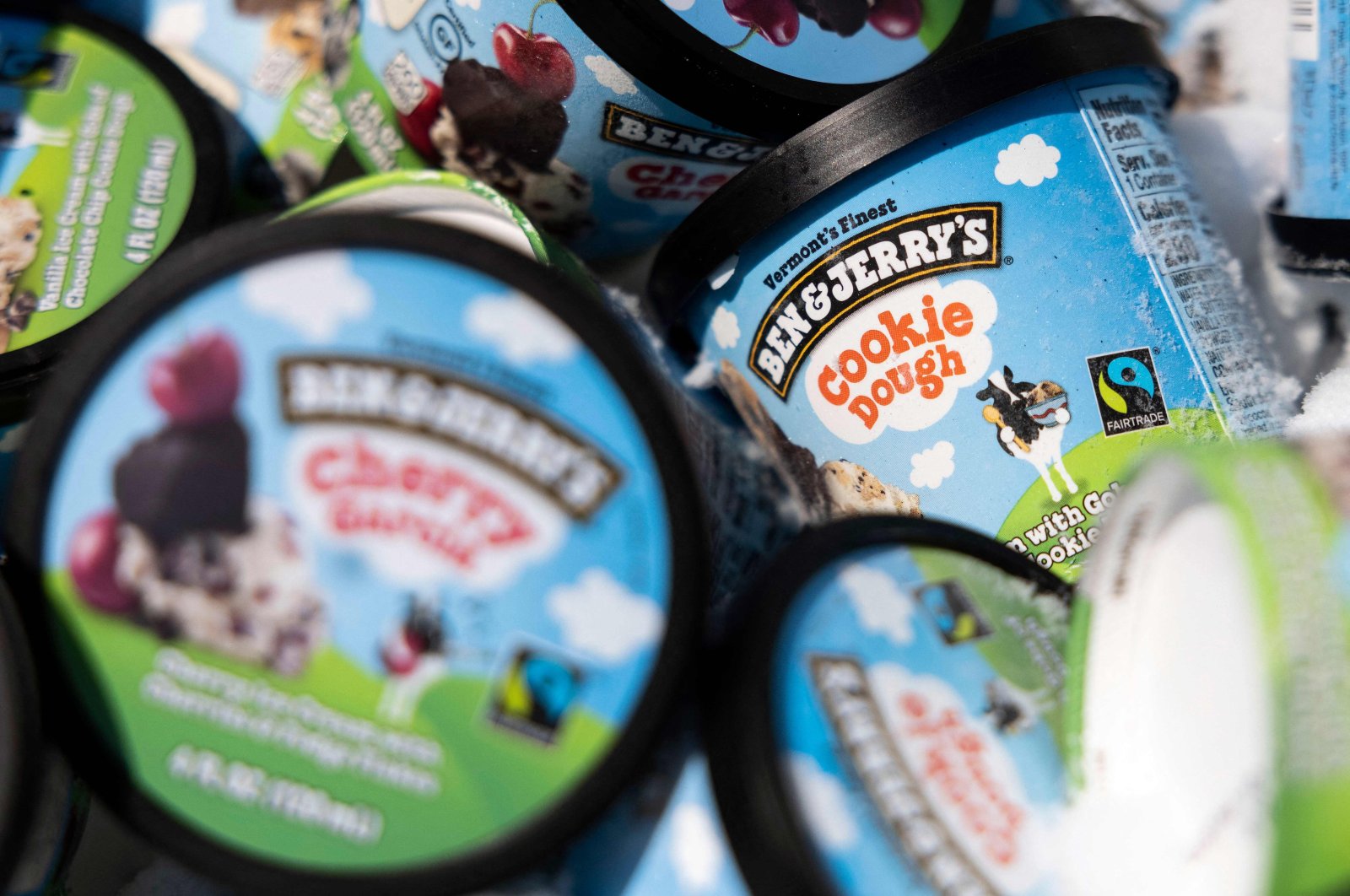 Ben and Jerry's ice cream is stored in a cooler at an event where founders Jerry Greenfield and Ben Cohen gave away ice cream to bring attention to police reform at the U.S. Supreme Court in Washington, D.C., U.S., May 19, 2021. (AFP File Photo)
by ASSOCIATED PRESS Jul 20, 2021 12:19 pm
RECOMMENDED

Israeli Prime Minister Naftali Bennett told the head of Unilever on Tuesday that Israel will “act aggressively” against Ben & Jerry’s over the subsidiary’s decision to stop selling its ice cream in the Israeli-occupied West Bank and disputed East Jerusalem.

British consumer goods conglomerate Unilever acquired the Vermont-based ice cream company in 2000. Ben & Jerry’s said in a statement on Monday that it had informed its longstanding licensee – responsible for manufacturing and distributing the ice cream in Israel – that it will not renew the license agreement when it expires at the end of 2022.

Bennett's office said in a statement that he spoke with Unilever CEO Alan Jope about what he called Ben & Jerry’s "clearly anti-Israel step,” adding that the move would have "serious consequences, legal and otherwise, and that it will act aggressively against all boycott actions directed against its citizens.”

The announcement was one of the highest-profile company rebukes of Israeli settlements in the West Bank and east Jerusalem, territories Israel captured in the 1967 Mideast war.

Most of the international community considers these settlements illegal under international law and an impediment to peace with the Palestinians. Approximately 700,000 Israelis now live in settlements, around 500,000 in the occupied West Bank and 200,000 in East Jerusalem.

Israel considers the entirety of Jerusalem its capital, while the Palestinians seek it as capital of a future state. Ben & Jerry’s said its announcement that sale of its ice cream in territories sought by the Palestinians for an independent state was "inconsistent with our values.”

Israel's Foreign Ministry criticized the decision on Monday as "a surrender to ongoing and aggressive pressure from extreme anti-Israel groups” and said the company was cooperating with "economic terrorism.”

Avi Zinger, CEO of Ben & Jerry’s Israel licensee, told public broadcaster Kan on Tuesday that the parent company had long pressured him to cease distribution in the Israeli occupied territories, but he refused because it would violate Israeli law.

He called Ben & Jerry’s decision to not extend its license "the biggest accomplishment" of the BDS movement that advocates boycotts, divestment and sanctions of Israeli institutions and businesses in what it says is a nonviolent campaign against Israeli abuses against Palestinians.