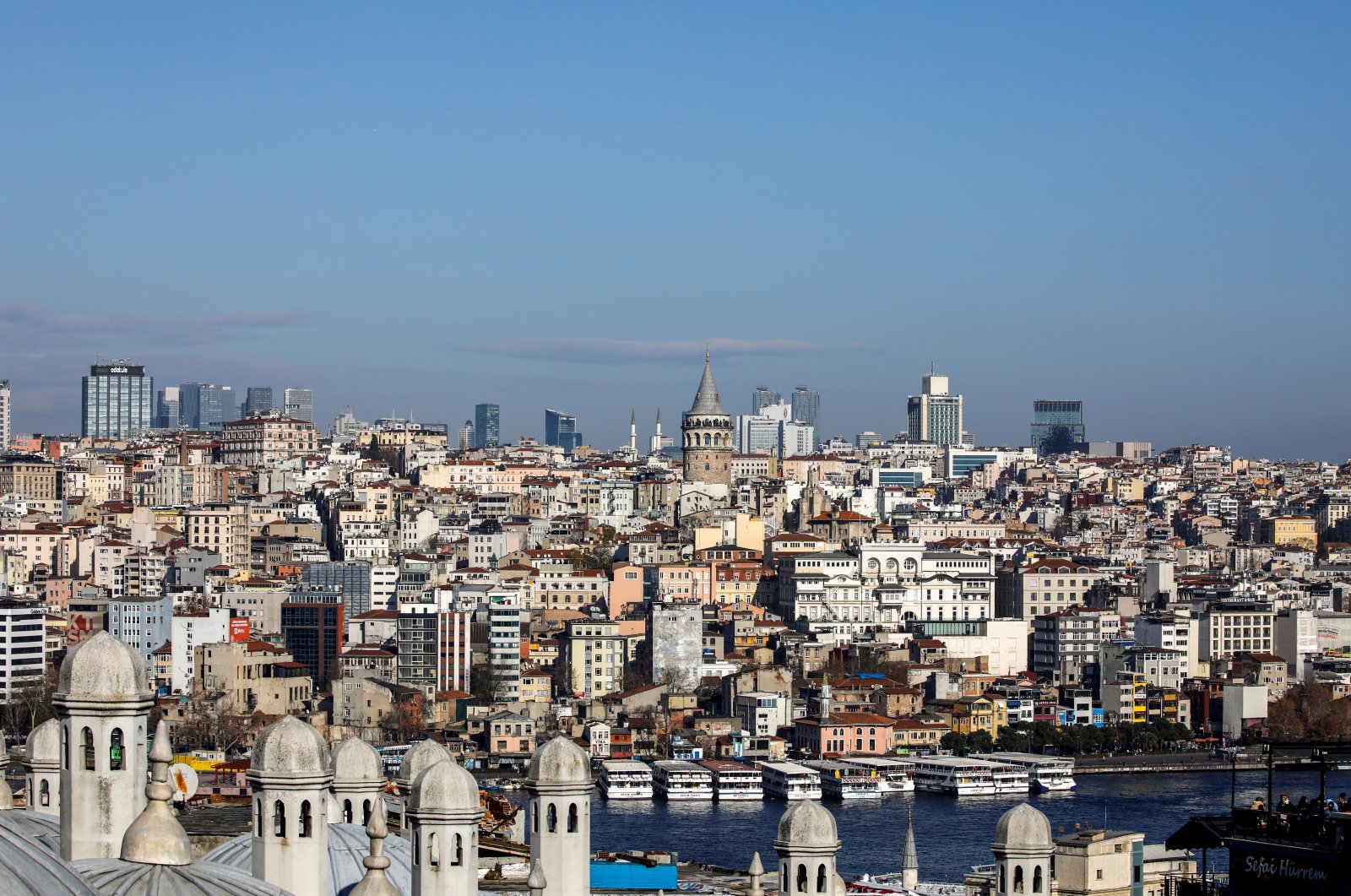 A general view of Galata Tower and surrounding neighborhood from the garden of Süleymaniye Mosque in Istanbul, Turkey, Dec. 6, 2021. (Reuters Photo)
by REUTERS Dec 09, 2021 3:32 pm
RECOMMENDED

Istanbul Metropolitan Municipality is working on a possible international bond to fund new infrastructure projects, the metropolis’ mayor said, a year after the Turkish city completed its first eurobond issue.

"We are working both on a bond issue and our talks are continuing on foreign resources for new infrastructure projects with different instruments," Ekrem Imamoğlu said when asked if a bond issue in international markets was being considered.

The municipality secured $580 million in eurobond financing last year to fund the completion of four subway projects around Istanbul. The eurobond, which has a maturity of five years and a 6.6% yield, saw demand of more than $2.4 billion.

Imamoğlu did not say when the bond might be launched in the interview on Monday with Reuters. His comments come amid high volatility in exchange rates.

The move is also said to come after the requests to obtain funds from state lenders have reportedly failed.

Aside from the subway, the municipality has invested 500 million-550 million euros ($564 million-620 million) in other projects.

Last month it opened an 85 megawatt (MW) waste incineration and power station, a biomethanation plant to produce energy and fertilizer from food waste and a water purification plant.

Imamoğlu said work was continuing on securing finance for a new waste incineration plant and a subway line between the Istanbul districts of Beylikdüzü and Sefaköy, which is expected to require a 1 billion euro investment.

He said the municipality aimed for the metro to carry 30% of the city's passenger traffic, up from a current level of 15%.