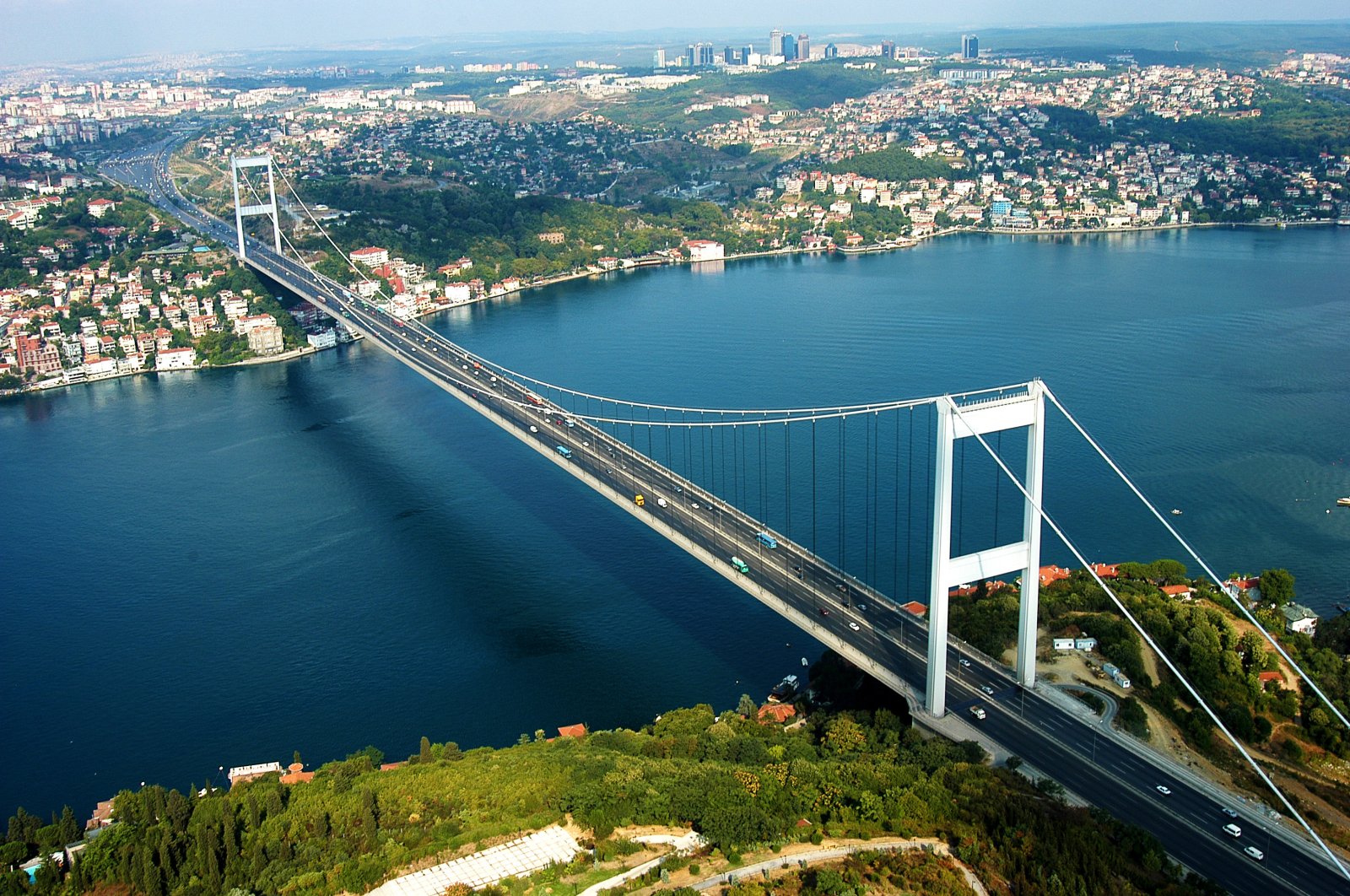 He added that Istanbul's newly built financial center will also make it a leader in the sector, given its geostrategic advantage.

He was speaking at the 12th International Conference on Islamic Economics and Finance via videoconference. This year's conference was organized by Istanbul Sabahattin Zaim University and the Islamic Development Bank‘s Islamic Research and Education Institute (IRTI) between June 14 and June 20.

Erdoğan said the current global financing system needs restructuring. It was supposed to contribute to the increase in welfare along with contributing sustainable economic activity after the 2008 global financial crisis, but the outcome was the other way around, he said, noting that those kinds of crises extended into entire economies and the real sector, "creating huge armies of unemployed people."

The global system that is based on personal and financial interest, domination and injustice, needs to be reshaped and replaced with one that is fairer, he said.

Turkey, in the last 18 years has taken very important steps to integrate alternative models based on participation, especially with the recent initiatives by state lenders with their participating financial institutions.

According to a report by Fitch Ratings published in March, growth in Turkish participation banking has surpassed the growth of conventional banks in recent years, despite the increasing market volatility.

In a statement, the international credit rating agency said that although "Turkish Islamic banks' (participation banks) share of sector assets remains small and concentrated" it is growing and the "segment growth has consistently outpaced that of conventional banks in recent years despite heightened market volatility – though growth has been from a low base – reflective of the entrance of three state-owned banks since 2014 and the segment’s generally above-average risk appetite."

"Taking all these into account, Islamic finance is our exit out of this system," Erdoğan said, stressing the importance of interest-free, participatory and thus an alternative financial system.

Erdoğan also emphasized the importance of ever-advancing technology and the new fintech practices that are becoming widespread.

Speaking on Turkey’s fight against the economic impacts of the pandemic, Erdoğan said the country used all its financial means instead of outside support and without compromising its financial independence.

The president emphasized that gross domestic product (GDP) grew 4.5% year-on-year in the January-March period, outpacing peers with one of the fastest expansion rates. As a result, Turkey stands out not only in its success in health but also in the economy, he said.

Erdoğan said though the coronavirus restrictions' outcome will be reflected in the second-quarter data, for the remaining part of the year, "we do see a promising picture economically."

The country's GDP grew 4.5% year-on-year in the first quarter, the Turkish Statistical Institute (TurkStat) announced recently, after the economy showed a growth rate of 6% in the last quarter and nearly 1% in 2019 as a whole.

The data demonstrated that the Turkish economy managed to remain less affected by the pandemic, which emerged in China last December and has so far infected over 5.8 million people worldwide and claimed more than 360,000 lives, compared with other big economies, while its growth data came in below analysts' expectations.

Also speaking at the conference, Treasury and Finance Minister Berat Albayrak said Turkey considers sustainable development very important for the real economy and that the recent developments showed "we should be going forward in terms of participating financial institutions, which are crucial for Turkey and the interest-free alternative system."

"Right after the global financial crisis they have become a momentum for industry in Turkey," he added.

Islamic banking assets in Turkey are set to double within 10 years as government initiatives drive growth in the sector, a report published by Moody's Investors Service in January said.

However, the minister went on to say that despite all those positive developments those institutions are not realizing their full potential. The banks need to be competitive with other finance instructions in the market, he said.

"In Turkey when we talk about the interest-free system, we always talk about participant financial systems; however, we should also be talking about insurance systems as well," Albayrak said, stressing the need for legislation and regulations in this regard.

"The interest-free system is crucial in Turkey’s economy,” he said, highlighting their aim to make Turkey an interest-free financial center by benefiting from the Istanbul Finance Center.