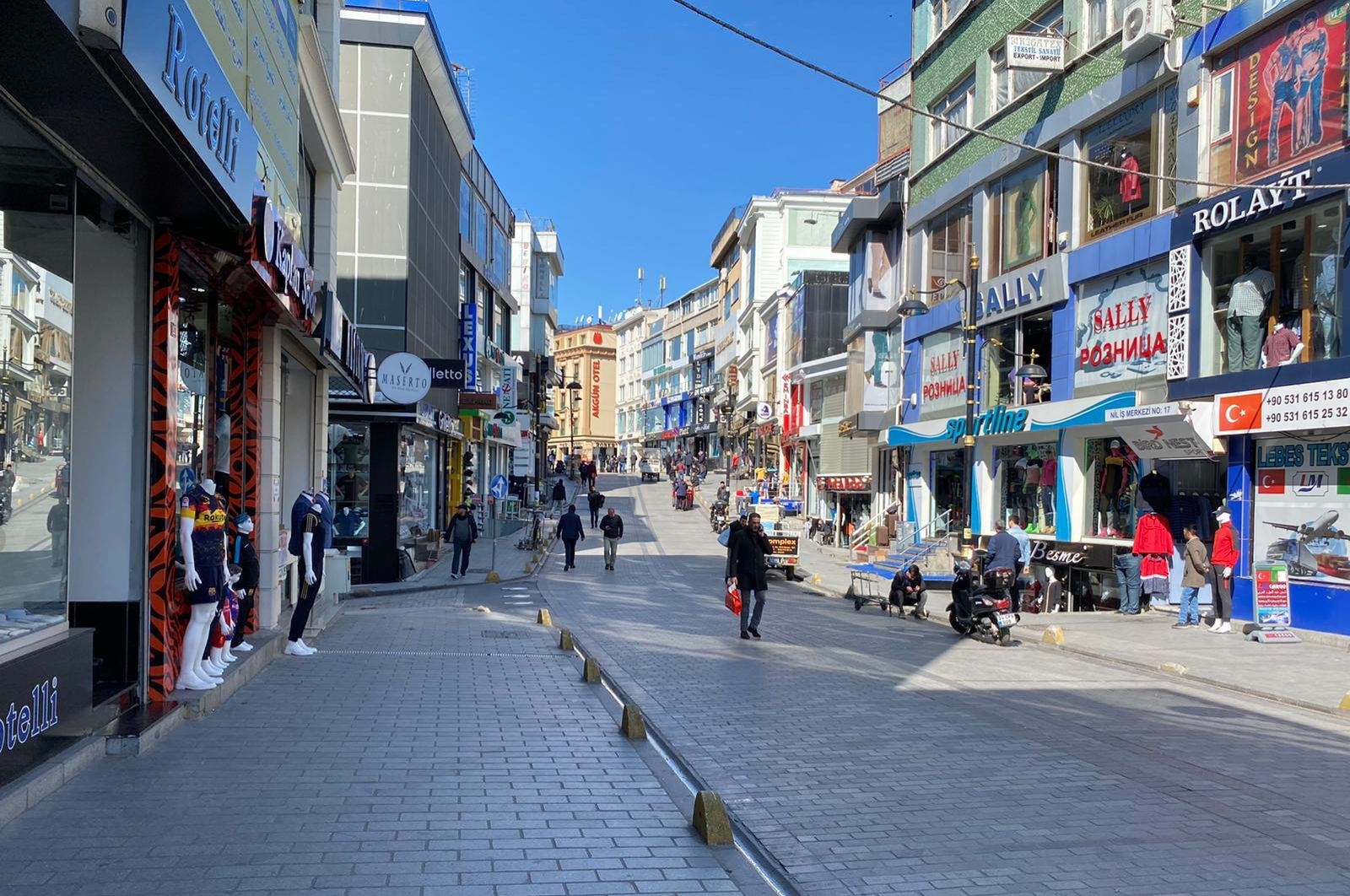 Istanbul’s textile centers, namely the Laleli, Osmanbey and Merter districts in the city’s European side, expect up to a 40% decline in overall trade volume over the course of 2020, in the wake of the normalization process after the coronavirus outbreak shuttered business activity.

Nearly 20,000 tradesmen who have stores in those commercial centers that are among the most affected by the virus outbreak are now relying on the complete lifting of the international travel bans imposed to curb the spread of the virus.

According to a report published by Turkish daily Dünya, the number of closed businesses in Laleli has even increased after June 1, when the country started to reopen its economy by gradually lifting most of the previously imposed restrictions.

Gıyaseddin Eyyüpkoca, chairman of the Laleli Industrialists and Businessmen's Association (LASIAD) which represents some 2,500 tradesmen in Laleli, said the district recorded approximately $3 billion (TL 20 billion) of trade in 2019. Eyyüpkoca told Dünya that a significant part of the trade was carried out during the coronavirus restrictions through applications such as WhatsApp.

Eyyüpkoca added that for the last three weeks they have been working as before.

“It is much better now than we expected. We reached 50% of the pre-pandemic (trade),” he added.

Eyyüpkoca, however, noted that the full normalization is also up to developments in countries such as Romania, Poland, Serbia and Russia, which are among their important commercial partners, noting that they had worked hard for the summer season, however, all those products remained unsold.

“Now we are trying to sell them at 50% discount,” he said, adding that the unsold products also led to storage problems which cost the tradesmen.

Eyyüpkoca said that the number of vacant shops increased by 30%-40% in the district, stressing that the tradesmen need financing support for the upcoming period, because if not “the number of closed businesses will increase more.”

Rıdvan Kandağ, chairman of the Osmanbey Business People Association (OTIAD) that represents some 800 businesses operating in the district, said that about 90% of the production carried out in the region is exported to 148 countries, while Osmanbey holds a 7% share in Turkey’s garment exports.

Stating that $1.5 billion exports are made annually from the region, Kandağ said: “There was a decrease of nearly 60% in April and May compared to average exports in January and February. While (products worth) $655,000 were exported from Osmanbey in January-May period last year, this figure decreased to $410,000 in the same period this year.”

According to an OTIAD study, which discussed the effects of the coronavirus on the region with the participation of more than 300 companies in April, 86% of the companies experienced a 100% decrease in their production and sales and faced non-refundable check problems in their collection for a period of one month.

Some 96% stated that they did not lay off their employees, while nearly 60% said they are looking to hire new employees for online sales.

Merter Industrialists and Businessmen's Association (MESIAD) Chairman Yusuf Gecü, also speaking to Dünya, explained that up to 14,000 workplaces opened their doors in Merter, along with those in Güngören, a nearby district, as of June 1, and there has been mobility exceeding their expectations, especially regarding the domestic market.

He said that international orders have also resumed while “everyone’s expectation is the entire resumption of international flights.”