Japan's new COVID-19 state of emergency could bring recession back 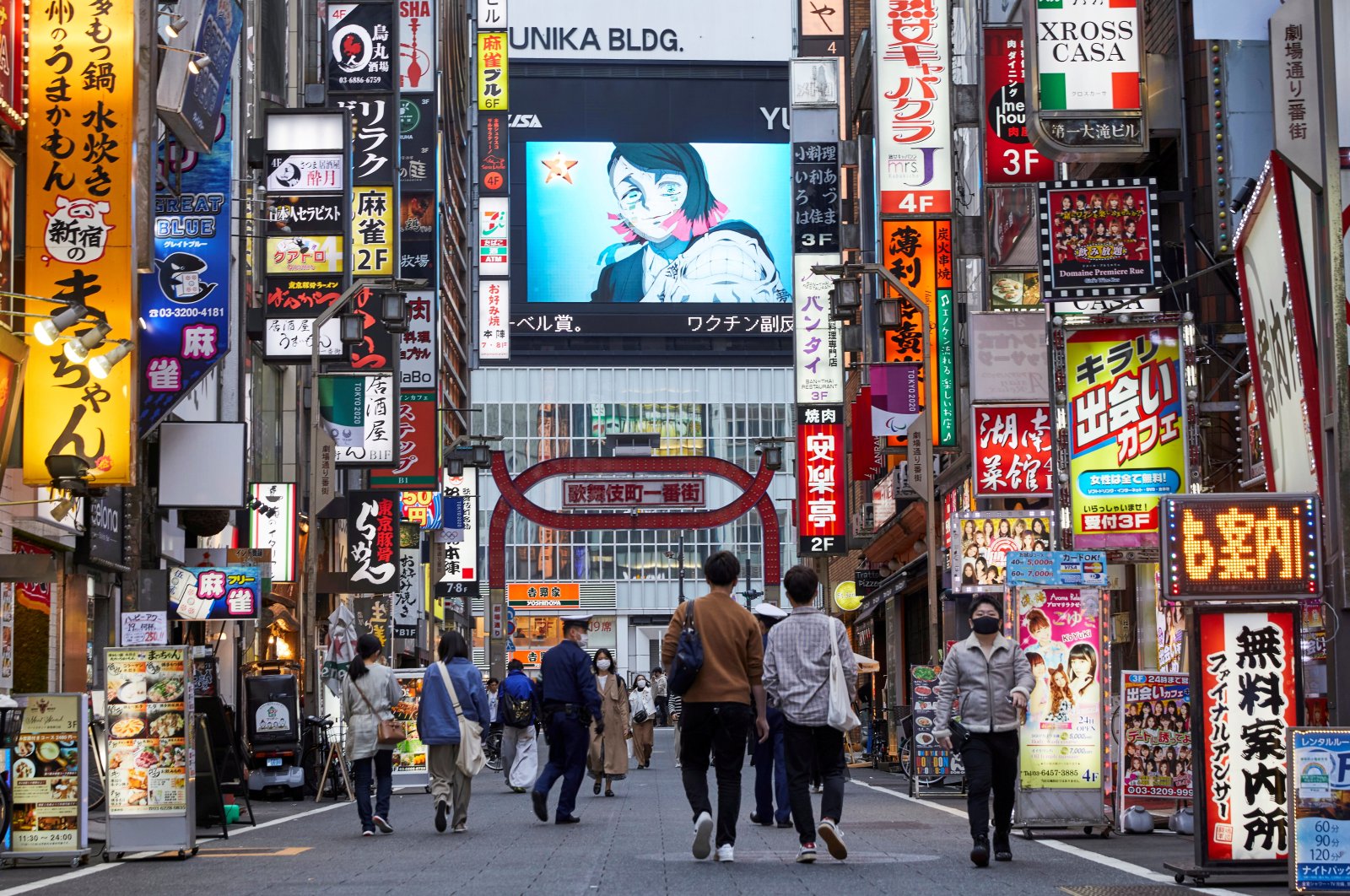 The Japanese government is expected to issue a third state of emergency for Tokyo and a number of other prefectures that could last for about two weeks, according to media reports, underscoring its struggle to contain both a resurgent outbreak and the widening economic fallout.

Some analysts say the decision, expected to be made as early as Friday, may push Japan back into recession if retailers are asked to close during the Golden Week holidays, which start next week and run through early May.

A renewed state of emergency would also cast doubt on whether Tokyo can host the Olympics in July, despite Prime Minister Yoshihide Suga's assurances it will proceed as planned.

"The risk of a double-dip recession has clearly heightened," said Hiroshi Shiraishi, senior economist at BNP Paribas Securities. "The impact of imposing curbs on Tokyo and Osaka alone would be quite big."

With thousands of new cases resulting from highly infectious strains of the virus, Suga said on Wednesday the government will decide this week whether to declare the state of emergency for major parts of the country.

If adopted in all four regions that made requests, the emergency measures would cover close to a quarter of Japan's population of 126 million and roughly 30% of gross domestic product (GDP).

The governors of Tokyo's neighboring Saitama, Chiba and Kanagawa prefectures will request the same emergency measures as the capital, the Nikkei newspaper reported. Four western prefectures are also seeking emergency measures, media have reported, bringing businesses in the large swathes of the country under tighter operating hours.

The government is considering imposing state of emergency curbs from April 25 through May 11, Jiji news agency reported.

Other media have raised the possibility of stronger curbs than those issued last time in January, such as requests for department stores and other big retailers to close.

"We need to take stronger and more targeted steps than before including requests (for shops) to close," Economy Minister Yasutoshi Nishimura was quoted as saying by Kyodo news agency on Thursday.

"The timing is not good," as it would hit service spending during the spring leisure season, said Takumi Tsunoda, senior economist at Shinkin Central Bank Research Institute.

Tsunoda cut his forecast for second-quarter GDP to a 0.5% quarter-on-quarter rise, half the previously projected pace.

Japan's economy has emerged from last year's severe slump thanks to robust exports.

But analysts expect GDP to have shrunk in the first quarter due to the hit to consumption from the second emergency curbs that rolled out in January and say a second consecutive contraction in Q2 that would constitute a recession is possible.

While fresh state of emergency curbs likely won't trigger additional monetary easing, it could affect the Bank of Japan's (BOJ) quarterly growth projections due out next week, analysts say.

"But a contraction in second-quarter GDP can't be ruled out, so the BOJ will probably issue plenty of warnings on the risks to domestic demand," he said.

While Japan has so far avoided an explosive spread of the pandemic that has plagued many Western countries, it is locked in a fourth wave driven by infectious strains of the virus and amid a sluggish vaccination drive.

Tokyo reported 843 new cases on Wednesday, the most since Jan. 29 during the third wave of the pandemic and previous state of emergency. Osaka Prefecture reported 1,242 daily infections, near the record high recorded last week.

Japan began its inoculation push in February, later than most major economies and dependent on imported doses of Pfizer Inc.'s vaccine. Just 1.1% of the public have received their first shot so far, compared with 3.4% in South Korea, and 49% in the United Kingdom.