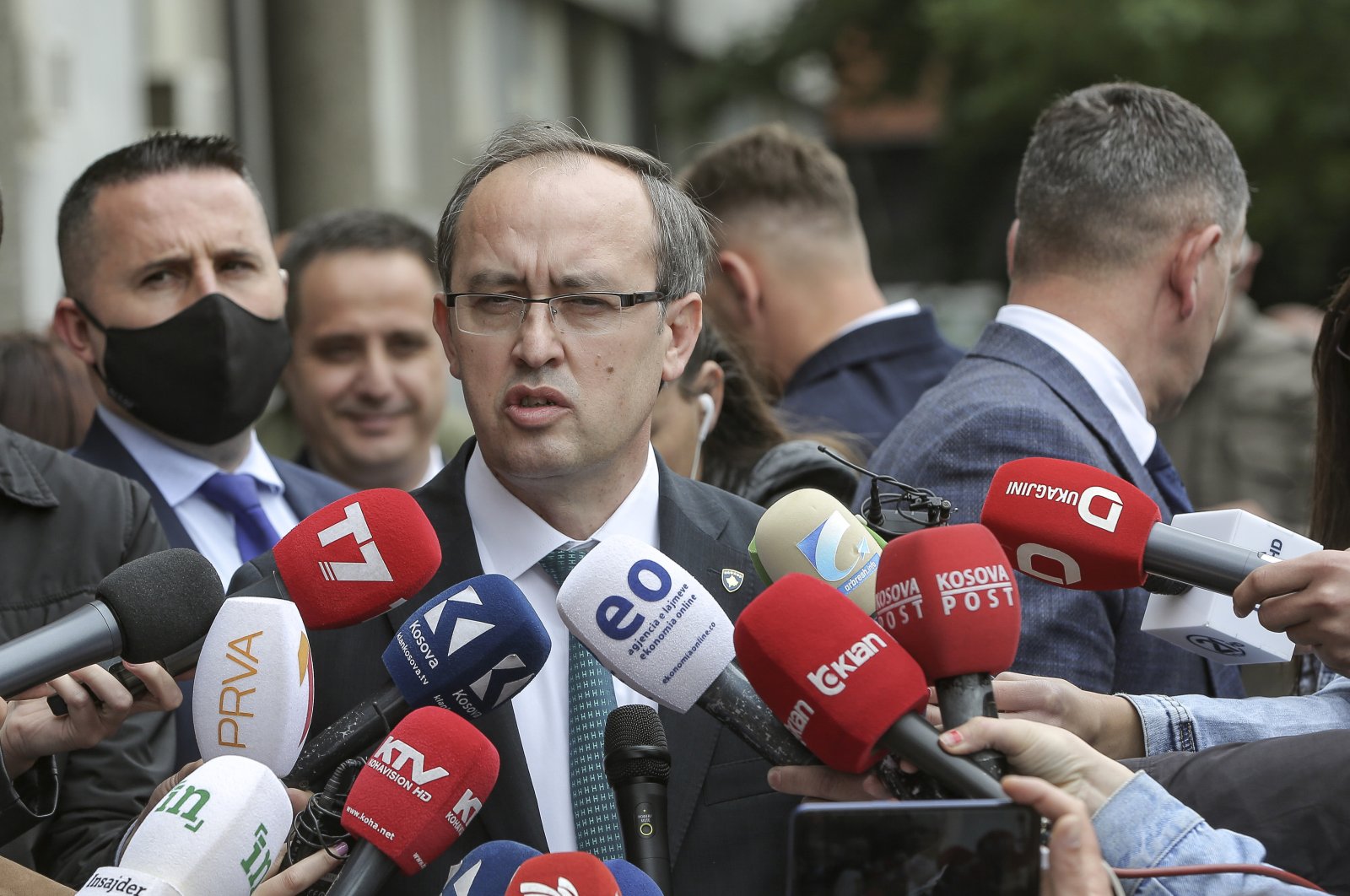 The new Kosovo government on Saturday lifted some recently imposed measures on Serb goods entering the country, in an effort to pave the way to resuming dialogue to improve ties with its neighbor.

The decision was among the first taken by Prime Minister Avdullah Hoti’s Cabinet of the center-right Democratic League of Kosovo (LDK), three days after taking office.

The move was a replacement for a 100% tariff imposed on Serb and Bosnian goods in 2018, but both actions were opposed by Serbia, which considered they were blocking dialogue.

Resuming the European Union-facilitated dialogue over ties between Kosovo and Serbia remains a top challenge. Serbian President Aleksandar Vucic said Saturday the lifting of the trade barriers paves the way.

“Six months of a hard political battle are ahead of us,” Vucic told the pro-government TV Prva.

Hoti said: “Now we wait to see the same thing from the Serb side to lift all the obstacles and give air to the dialogue process.” He added that “we also preserve our rights as a sovereign state to set all the necessary measures to preserve our sovereignty in coordination with our international partners.”

Hoti wants the United States and the European Union to be involved in the talks and help guarantee the implementation of any deal that comes out of them.

Kosovo was part of Serbia until an armed uprising in 1998-1999 by the ethnic Albanian majority population triggered a bloody Serb crackdown. A NATO bombing campaign to force Serbia’s troops out of Kosovo ended the war.