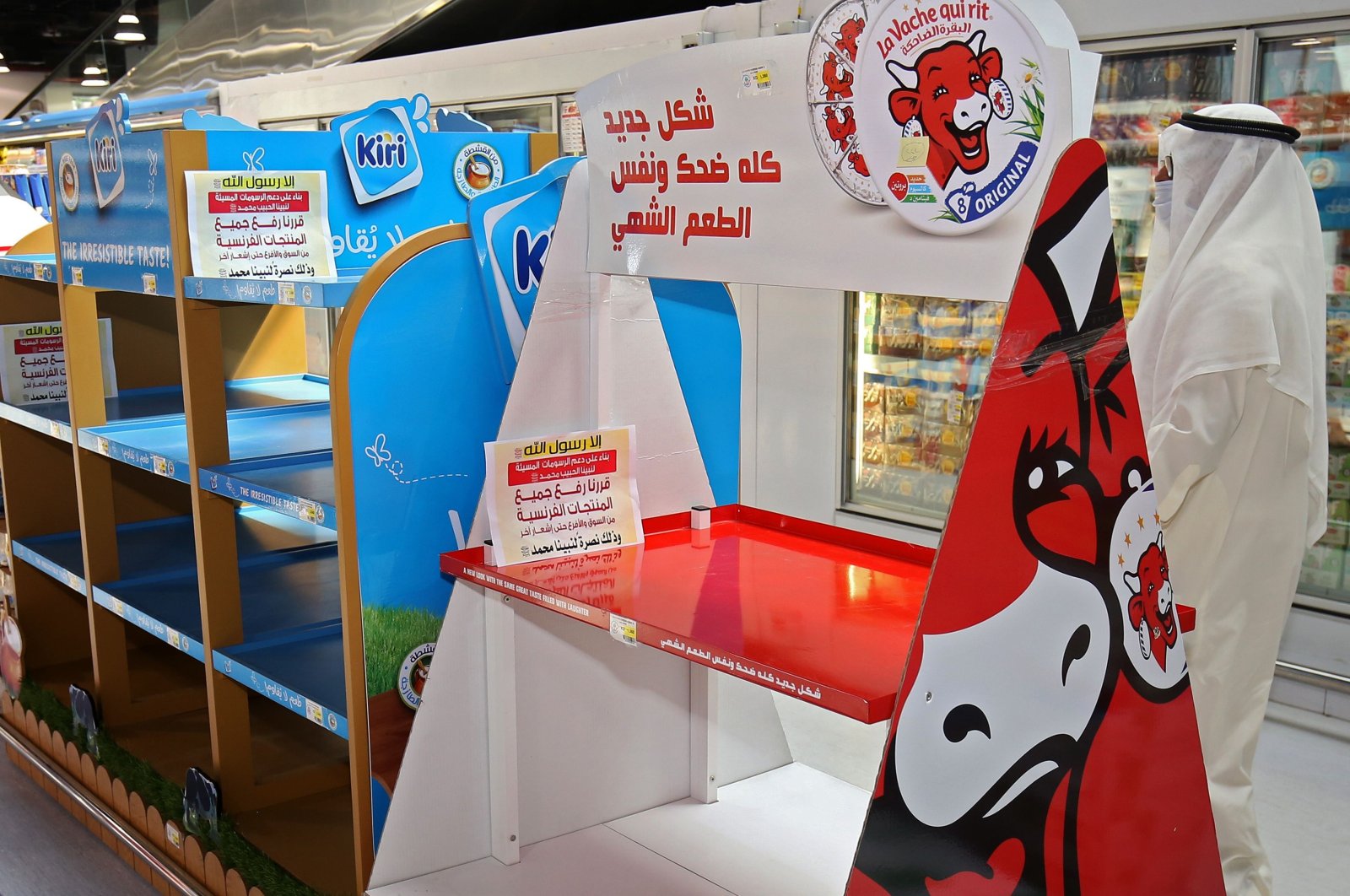 The recent developments followed France’s ordering the temporary closure of a mosque outside of Paris, as part of a crackdown on Muslims following the killing of a teacher who showed his class caricatures of the Prophet Muhammad. French police have raided more than 50 mosques and associations since the killing.

French President Emmanuel Macron refused to condemn satirical French magazine Charlie Hebdo's decision to republish offensive cartoons of Prophet Muhammad, saying that it was not his place to pass judgment on the magazine's decision. Macron backed the magazine and vowed measures against what he called “Islamic separatism.”

Social media users, mostly on Twitter, are now sharing photos of the French products that Muslims should avoid purchasing. The boycott list includes luxury brands such as Cartier, Dior, Chanel, Nina Ricci, Givenchy and Lacoste along with food products or car manufacturers like Renault, or cigarette brand Gauloises.

Al Jazeera Arabic also reported Friday that supermarkets in Kuwait started to remove French products from their shelves in line with the boycott campaign.

An assailant on Oct. 16, was found to have decapitated a history teacher in France who had shown cartoons of the Prophet Muhammad in class, police said, adding that police had shot the suspected killer dead.

A French anti-terrorism prosecutor has opened an investigation into the slaying for murder with a suspected terrorist motive, the prosecutor's office said. The gruesome incident occurred in the town of Eragny, in the Val d’Oise region northwest of Paris.

Before the attack on Charlie Hebdo's offices, militants online had warned the magazine would pay for publishing the cartoons. The attacks that began on Jan. 7, 2015, sparked a series of militant attacks on French soil, including "lone wolf" killings by people said to be inspired by the Daesh terrorist group that have since claimed more than 250 lives.

The Organization of Islamic Cooperation (OIC) on Friday condemned the hanging of caricatures insulting the Prophet Muhammad on the front of some buildings in France and the government’s associating of Islam with terrorism.

"We condemn the constant systematic attack on the feelings of Muslims by insulting the religious symbols represented by the person of the Prophet Muhammad,” the statement by the OIC read.

The statement noted that the political discourse of some French officials, which harms the French-Islamic relations for the sake of gaining political gain encourages hatred, emphasizing that it is unacceptable to insult any religious symbol under the name of freedom.

The organization called on France to review its discriminatory policies targeting Islamic societies and hurting the feelings of more than one and a half billion Muslims around the world.