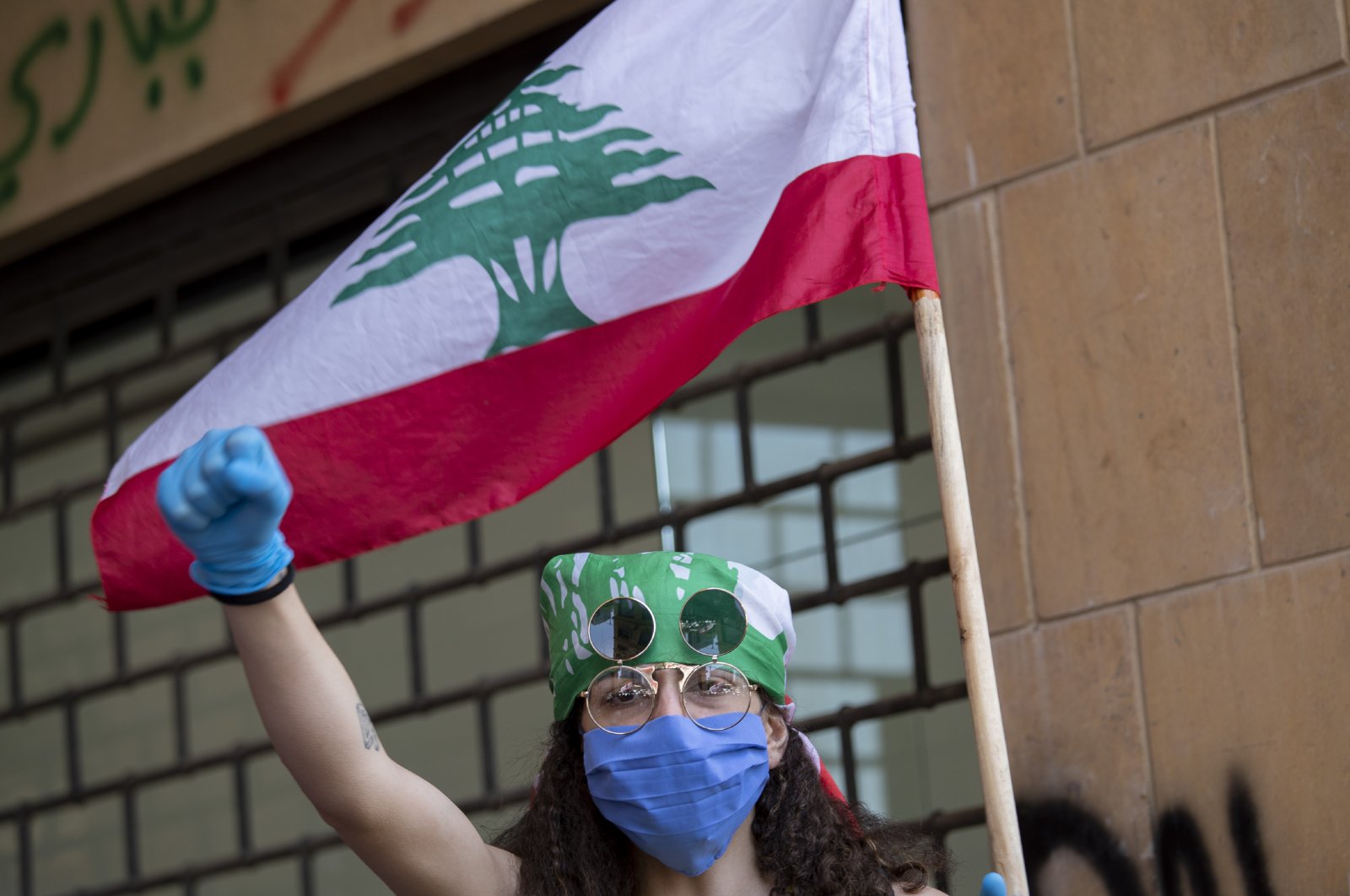 An anti-government protester shouts slogans, while wearing a mask to help curb the spread of the coronavirus, during ongoing protests in front of the Ministry of Economy, in downtown Beirut, Lebanon, May 18, 2020. (AP Photo)
by French Press Agency - AFP May 21, 2020 3:25 pm
RECOMMENDED

Lebanon's Prime Minister Hassan Diab pledged Thursday to stem devaluation and introduce subsidies on food imports, as his cabinet marked 100 days since it was formed to redress a free-falling economy.

Lebanon is facing its worst economic crisis since the 1975-1990 civil war, now compounded by more than two months of a coronavirus lockdown.

The local currency has lost more than half its value on the black market in recent months, from the official rate of 1,507 to more than 4,000 pounds to the dollar.

Poverty has soared to 45%, and inflation is over 50%, according to official estimates.

"I have been given a promise from the governor of the central bank that the central bank will intervene in the market as of today to protect the Lebanese pound and to curb the high dollar exchange rate," Diab said in a speech to mark 100 days since parliament approved his cabinet.

The central bank last month ordered exchange offices to cap the rate at 3,200 to the dollar, but the pound has continued to tumble.

Lebanon on Monday charged a top central bank official with manipulating the exchange rate, and has detained dozens of money changers in recent weeks as part of a larger crackdown on currency manipulators.

The devaluation has led to major hikes in the price of food, much of which is imported.

Last month, Human Rights Watch warned that more than half of Lebanon's population may not be able to afford food and basic necessities due to the lockdown unless the government provides urgent assistance.

Diab promised action to alleviate the effects of inflation on the economy.

"The import of basic food commodities will be subsidized according to fixed schedules," Diab said. "There will be a daily follow-up to reduce food prices and Lebanese people will soon be witnessing a decrease in relevant commodity prices."

Since last October, massive street protests have ignored Lebanon's sectarian and political divides to demand an overhaul of a political class criticized as inefficient and corrupt.

Diab acknowledged outstanding challenges in areas including electricity and health care, but offered "glimmers of hope."

He spoke as power cuts have increased in recent days, which the national electricity company blamed on increased demand due to a heat wave.

Protesters staged a sit-in at the energy minister on Thursday, the National News Agency said.

Lebanon, one of the world's most indebted country with a debt equivalent to more than 170% of its gross domestic product (GDP), defaulted for the first time in March.

Diab's government has approved an economic recovery plan, and last week entered talks to obtain $9 billion in aid, on top of another $11 billion in grants and loans already pledged by international donors in 2018.