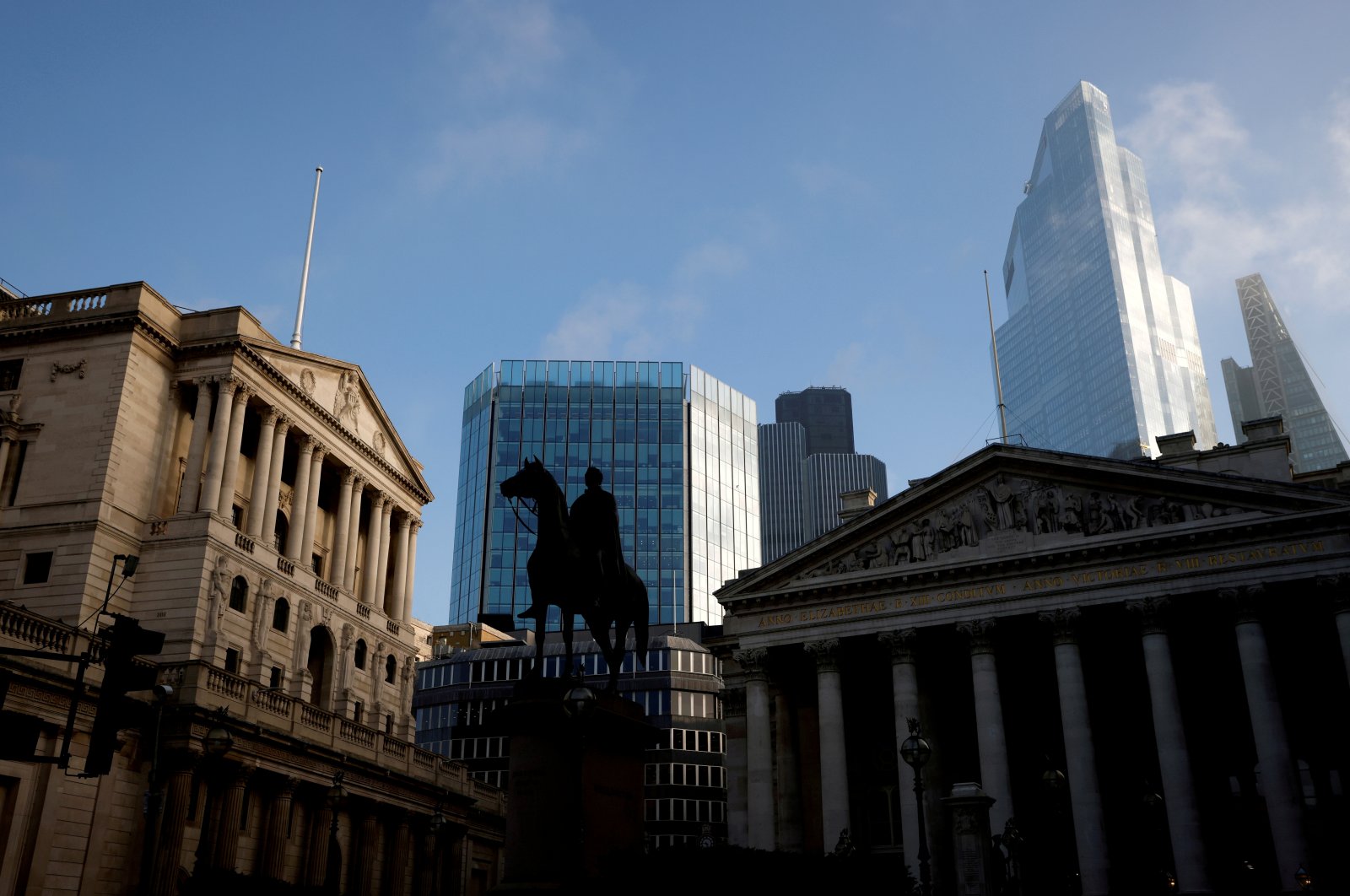 For fintech entrepreneur Lewis Liu, no other city on earth could compare to London.

Chinese-born and New York-bred, the CEO and co-founder of Eigen Technologies had always dreamed of setting up a business in the Square Mile, the historic heart of European finance and home to a global talent pool vital to companies like his.

But less than a year after opening his office within yards of the Bank of England, Liu's happy-ever-after is under threat.

The City, as London's financial district is known, has survived the Great Fire, the Black Death and other upheavals down the centuries. This time though, it faces a double hit to its future.

COVID-19 is draining life and prosperity from almost every major global city, but London also faces a second, unique reckoning after Britain parts ways with the European Union on Jan. 1.

"I came to London because it was truly global and Brexit certainly took a bite out of that rosy, futuristic vision I had," said Liu, whose firm is backed by Goldman Sachs and Singaporean wealth fund, Temasek.

"In the medium term, I have confidence in the City, in the long term I don't know," he said, citing fears of a brain drain that could scupper his young company's growth.

Before the pandemic struck, London was war-gaming how it could remain one of the world's leading financial centers, with Paris and Milan already offering sweeteners to poach talent.

While the jobs "Brexodus" has been lighter than predicted, that challenge is now an existential battle as a new remote-working culture spawned by COVID-19 leaves London's skyscrapers largely empty and a thriving office scene in tatters.

"We are more worried about the place, the damage caused by lack of footfall," said Catherine McGuinness, leader of the City of London Corporation, which has presided over the financial district since 1191.

Public transport use in the City was still only 17% of pre-COVID levels on Dec. 4, just after the end of a second lockdown, with office visits down by 54%, according to Google Mobility Report.

Moreover, almost half of U.K. workers intend to split their working weeks between the office and home over the next six months, a September survey by the British Council for Offices found.

British and EU negotiators have been making last-ditch efforts to hammer out a post-Brexit trade deal. But even if a deal is struck, the City won't keep the same access to the EU, the bloc's financial services chief has warned.

And with the British economy taking its most damaging hit in 300 years due to the pandemic, there couldn't be a worse time for turmoil in financial services, its biggest cash cow. The sector is worth 130 billion pounds ($173 billion) a year and contributed 76 billion pounds to the Treasury in 2019.

The pressure is piling on the City to adapt and find alternative international markets, as competition intensifies.

"On the international front, it is up to the City to show, if they can, that there is a good reason for their success," said Sharon Bowles, a former EU lawmaker and now a member of Britain's House of Lords.

Some have an optimistic view of the future.

Nevertheless, after two lockdowns, landlords will have to work harder to coax staff back to offices and the drudgery of one of Europe's longest commutes.

"The novelty of rolling out of bed to turn the laptop on is waning now, but expectations on what workplaces deliver will be even higher," Goldin said.

Real-estate consultant Knight Frank said take-up of office space in the City fell by 68% in the third quarter, year-on-year, triggering a push by City officials to step up a strategy of diversifying tenancies towards tech, media and law.

Since its 1.15-billion-pound purchase of the City's second tallest skyscraper in June 2017, CC Land has launched a raft of tenant perks more akin to a five-star hotel, Goldin said.

Six out of the 45 floors at the fully-occupied property are let to non-financial tenants from sectors including IT services, events, architecture and design, and energy distribution. The average lease still has around 10 years to run.

"If people want to be in London, businesses will have to be there too," Goldin said. "The other European alternatives just don't deliver on the bucket list of city-center attributes. London checks every box. Except maybe the weather."

If London can shrug off the two-fold threat posed by Brexit and COVID, the prize is continued prosperity.

Officials are also rewriting rulebooks to make London's markets more attractive to tech firms and companies from countries beyond the EU.

Britain has already signed a trade deal with Japan that includes regulatory cooperation to cut red tape for international banks and avoid lenders having to store financial data locally. Britain and Switzerland have said they will accept each other's rules to deepen ties in financial services.

Former EU financial services commissioner Jonathan Hill has launched a review of London's listings rules, looking at free floats and dual-class share structures, to ensure London can continue to compete with archrival New York after it loses unfettered access to the EU, its biggest customer.

"U.K. financial services has long had a reputation for high standards and reliability, innovation and thought leadership," James Bardrick, U.K. head of global bank Citi, told Reuters. "As long as this continues, there's no reason we can't do a lot more of the world's business."

The ecosystem of businesses that trade off London's magnetic pull is also embracing the need for change.

City Social, a Michelin-starred eaterie perched at the top of the Tower 42 skyscraper, has revamped its offerings to cater to a new breed of clientele, who want business meals to be less formal and more affordable.

"The City has become more casual, with an increase in flexible working and casual attire," General Manager Tim Smith said, flagging a 30% rise in covers at the restaurant's Social 24 bar, which has doubled up as a work-hub for busy patrons.

The three-course set bar menu features grilled baby plaice and white onion risotto and costs 21 pounds, compared with more than 50 pounds for the lowest-price three courses offered "a la carte" in the restaurant.

So far, the jobs hit to the City has been lower than feared, with the EY Brexit Tracker in October indicating London has lost under 8,000 finance jobs to the EU since the 2016 referendum.

For Liu, the fear is that London's unique financial flavor, historic and cutting edge, could still be lost.

Before the pandemic, he enjoyed seeing sweatshirt-wearing fintech types jostling for bartender service alongside suited bankers during the ritual of Friday night post-work drinks.

"The space we occupy used to be a back-office operation for HSBC. It's quite symbolic, like banks and traditional companies in the City are making space for firms like ours," he said.

"We've woven ourselves into the fabric of the City. I sincerely hope that when the lockdowns are over, that's still the case."