Mexico to hike daily minimum wage by 15% next year 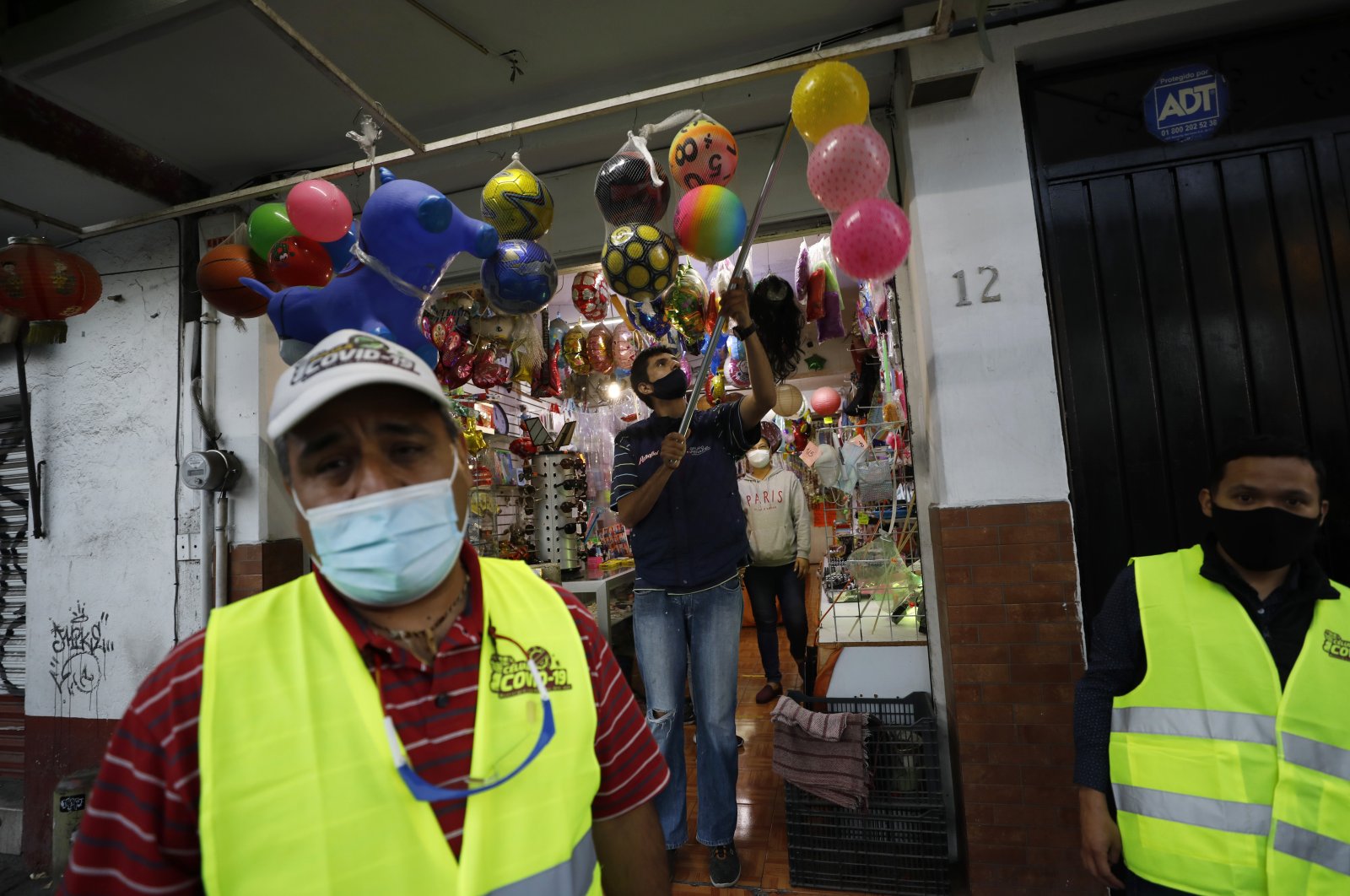 Workers begin to close shop after a visit by municipal public safety officers urging them to comply with a new state mandate saying nonessential businesses need to close at 5 p.m., to help slow the spread of COVID-19, in Ecatepec, Mexico State, on the outskirts of Mexico City, Dec. 14, 2020. (AP Photo)
by REUTERS Dec 17, 2020 11:54 am
RECOMMENDED

Mexico will hike the daily minimum wage for workers by 15% next year, in a move that is likely to stoke fears of inflation after President Andres Manuel Lopez Obrador's government delivered a 20% rise in the minimum salary this year.

Leftist leader Lopez Obrador, who has vowed to prioritize the poor in a country with a huge wealth disparity, has said the previous minimum salaries were shameful.

He has sought to reverse a decadeslong slide in workers' purchasing power that left many Mexicans impoverished. But the low wages also attracted foreign companies, especially from the United States and Canada.

Some business groups have been uneasy about the prospect of another hefty salary hike and warned it could lead to adverse consequences, including an increase in unemployment.

"I fear (the salary rise) will result in the loss of formal jobs," Alonso Cervera, a Credit Suisse economist focused on Latin America, said on Twitter.

Mexico's National Minimum Wage Commission (CONASAMI) on Wednesday approved by the majority vote an increase in the daily minimum salary to 141.70 pesos ($7.15) from 123.22 pesos currently.

In the special economic areas near the border with the U.S., where many U.S. companies are based, the minimum salary will rise to 213.39 pesos from 185.56 pesos.

Globally, after the latest rise, Mexico will rank 76 out of 135 in wages, according to the Mexican government.

The U.S. federal minimum wage is $7.25 per hour, and U.S. President-elect Joe Biden, who is due to take office in January, has pledged to try and lift salaries to $15 per hour.

By next year, the minimum Mexican salary will have risen 60% since Lopez Obrador took office in 2018 when the minimum salaries stood at 88.36 pesos.

In a statement, the government said recent rises have allowed workers' purchasing power to recover while "reducing income inequality in relation to women and strengthening the domestic market, without affecting inflation and employment."