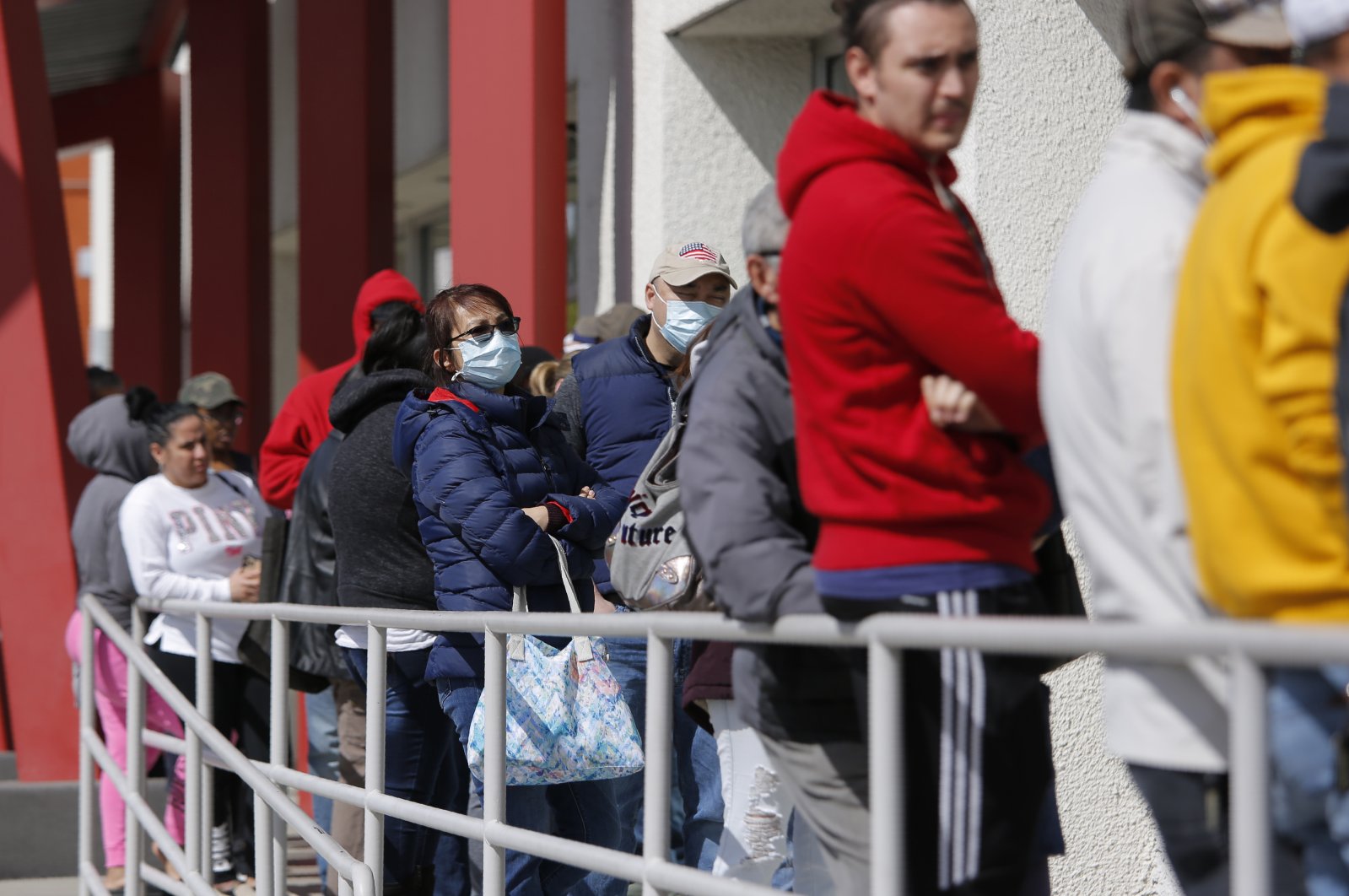 The U.S.' latest unemployment data came before the April jobs report Friday as the economic catastrophe caused by the virus pandemic likely sent the unemployment rate in the month to its highest level since the Great Depression and caused a record-shattering loss of jobs

Roughly 33.5 million people have now filed for jobless aid in the seven weeks since the coronavirus began forcing millions of companies to close their doors and slash their workforces. That is the equivalent of one in five Americans who had been employed in February, when the unemployment rate had reached a 50-year low of just 3.5%.

The Labor Department's data supported economists' views of a protracted recovery of the economy, which is reeling from nationwide lockdowns to slow the spread of the coronavirus. The economy shrank in the first quarter at the steepest pace since the Great Recession of 2007-2009.

The weekly claims report followed news on Wednesday that private payrolls fell by a record 20.2 million in April, which set up the overall labor market for historic job losses.

"Even with the economy slowly starting to reopen, the number of unemployed should continue to rise sharply as governments, as well as businesses that have tried but not succeeded at holding the line, are now laying off workers," said Joel Naroff, chief economist at Naroff Economics in Holland, Pennsylvania. "The pace of new claims for unemployment is slowing, but remains at levels unimaginable just a few months ago."

Economists polled by Reuters had forecast 3 million claims in the last week compared to the previously reported 3.839 million in the week ending April 25.

Last week's data was down from 3.84 million in the prior week and marks the fifth straight weekly decrease in applications since hitting a record 6.87 million in the week ending March 28.

The claims report will have no impact on the Labor Department's comprehensive employment report for April, which is scheduled to be released on Friday, as it falls outside the period during which the government surveyed establishments and households for its monthly report.

The economic catastrophe caused by the viral outbreak likely sent the U.S. unemployment rate in the month to its highest level since the Great Depression and caused a record-shattering loss of jobs.

Still, jobless claims totaled 26.5 million through the week of April 12. Economists, however, cautioned that this would not necessarily translate into a similar number of job losses in the government's closely watched employment report.

"We have to remember that there is evidence to suggest there were delays for people registering, with discussion of jammed phone lines and websites crashing under the traffic," said James Knightly, chief international economist at ING in New York. "Offsetting this there may have been people who filed more than one claim in confusion while other people may have found work in the grocery and parcel delivery sectors."

Some companies like Walmart and Amazon are hiring workers to meet huge demand in online shopping. There is also demand for truck drivers as well as workers at pharmacies, supermarkets and courier companies.

According to a Reuters survey of economists, nonfarm payrolls are forecast to have plunged by a historic 22 million in April, which would blow away the record 800,000 dive seen during the 2007-2009 recession. Employment dropped by 701,000 jobs in March, ending a record streak of gains dating to September 2010.

The unemployment rate is seen jumping to 16% in April, which would shatter the post-World War II record of 10.8% touched in November 1982. In March the jobless rate shot up 0.9 percentage point, the largest monthly change since January 1975, to 4.4%.

Yet even those breathtaking figures won’t fully capture the magnitude of the damage the coronavirus has inflicted on the job market.

Many people still employed have had their hours reduced. Others have suffered pay cuts. Some who’ve lost jobs won't have been able to look for work amid widespread shutdowns and won’t even be counted as unemployed. A broader measure – the proportion of adults with jobs – could plunge to a record low.

“What we're talking about here is pretty stunning,” said Diane Swonk, chief economist at Grant Thornton. “The shock is unique because the cause is unique. It’s such a different animal from anything that we’ve ever seen.”

April could, however, mark the trough in job losses as more small businesses access their portion of an almost $3 trillion fiscal package, which made provisions for them to get loans that could be partially forgiven if they were used for employee salaries. At least 30 states are partially reopening, which could see some of the unemployed going back to work.

"Continuing claims should remain elevated for longer, only peaking once hiring starts to resume more substantially," said Veronica Clark, an economist at Citigroup in New York. "This will likely occur sometime in June as reopenings slowly start through May. More substantial increases in employment in monthly job figures could occur into July and August, but some more-permanent job losses are likely to remain."