No customers in sight as gold loses its shine in India 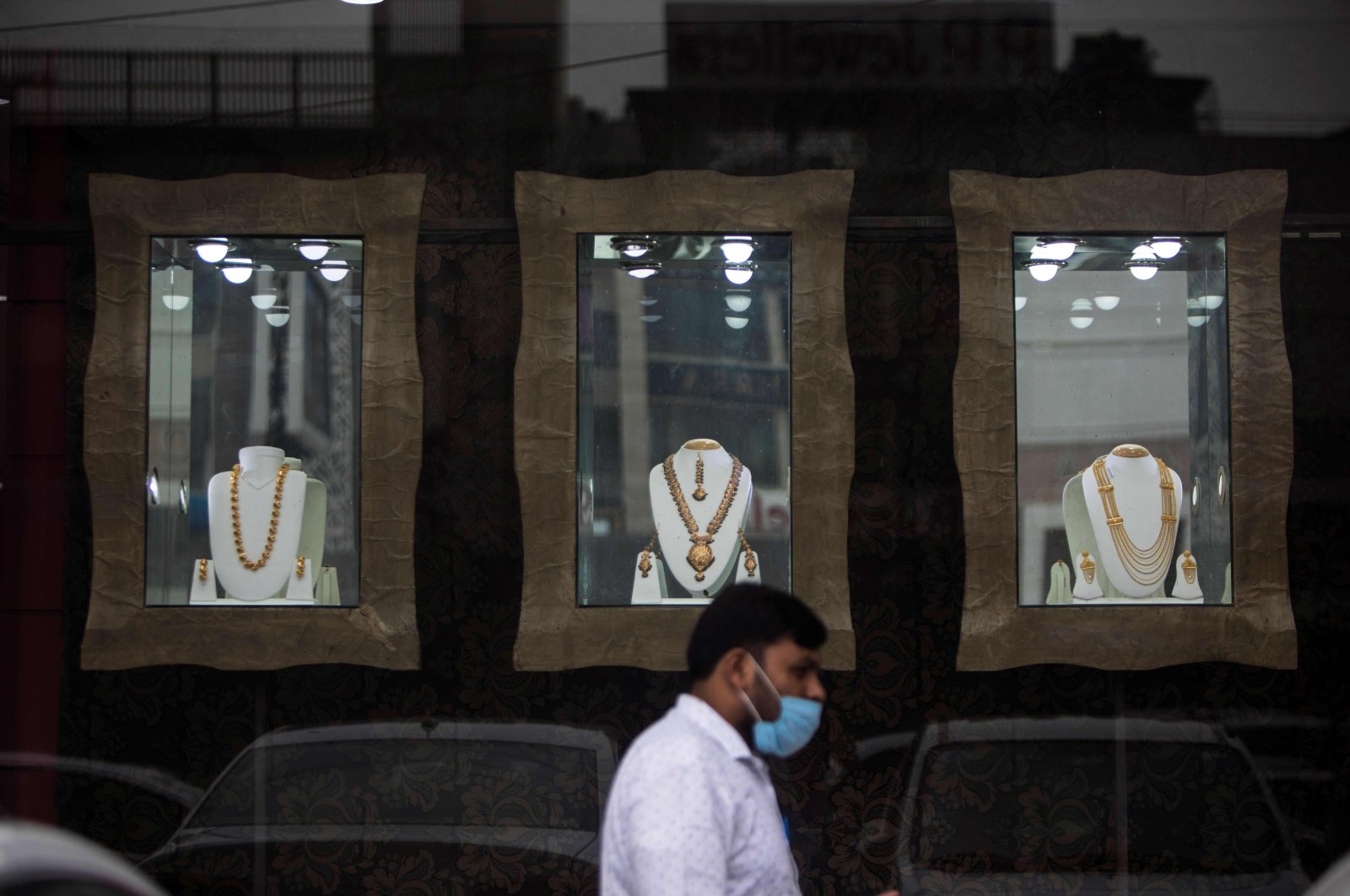 Jewelers in the traditionally lucrative Indian gold market are struggling – even while the metal's value skyrockets – as coronavirus fears keep sales down, craftsmen at home and shops shuttered.

Months after India lifted its strict lockdown, the country's biggest gold market Zaveri Bazaar remains desolate, with most stores closed and no customers in sight.

"We have been running this shop for the last 40 years and I have never seen the business hit such lows," said 75-year-old Madhubhai Shah, one of only a handful of jewelers who decided to reopen.

The Mumbai market was hit hard by the March lockdown, which saw millions of migrant workers – including many gold craftsmen – flee India's cities as their income dried up.

"70% of our artisans have left for their villages and manufacturing units are all closed," Shah told Agence France-Presse (AFP).

And with gold prices hitting record highs after soaring around 30% this year, there is little incentive for customers to splash out on jewelry.

Even the impending wedding season, which traditionally kicks off in October and sees families spend a small fortune, has failed to buoy spirits or boost spending as India braces for its first recession in four decades.

Chiranjeevi Ahire and his fiancee decided to break with tradition for their December wedding by choosing not to buy any gold jewelry, even though it is considered auspicious and a status symbol.

"Previously we wanted the wedding to be a grand affair and follow all Indian traditions, just like our parents," the Mumbai-based marketing manager told AFP.

"But with the pandemic and uncertainty looming in the job market, we decided to cut down on our spending on gold and instead keep the money for a rainy day," the 29-year-old said.

According to the World Gold Council (WGC), India's gold consumption fell by a staggering 56% during the first half of 2020 compared with the same period last year.

Demand during the April-to-June quarter plunged 70% to 63.7 tons, the lowest since the 2008 global financial crisis.

The twin blows of the lockdown and high prices meant customers did not empty their pockets even during the Akshaya Tritiya festival in April, considered a lucky time for Hindus to buy the metal.

In addition to jewelry, Indians have traditionally stockpiled gold bars and coins as a hedge against inflation.

Many are now leveraging these to secure credit, exploiting the commodity's high value and securing lower interest rates on personal loans.

Bhadresh Gowda, a farmer in Karnataka state, used his wife's wedding jewelry to secure a 200,000-rupee ($2,670) credit line after huge losses during the lockdown.

"Initially, I was hesitant to use gold as collateral because these jewels are my family's legacy, but times are tough," the 39-year-old told AFP.

In contrast to traditional loans, gold-backed credit "is very easy to access with less paperwork required," he said, making the process much faster.

"Gold offers more value for money right now. Once the economy improves, I'll pay back the loan and retrieve my gold," he added.

Some tech-savvy consumers are betting on prices rising even further as investors seek safe havens, and are pumping funds into so-called digital gold.

"Consumers are buying digital gold in bits and pieces because it enables you to buy gold for... as little as one rupee," said Rajesh Khosla, spokesman for the India Bullion and Jewellers Association.

"When they... need to convert digital gold to physical gold, it will be delivered to them," he told AFP.

"People who saved money because of canceled holidays or expenditures (will) invest in gold," he told AFP.

But with the economy still in the doldrums and coronavirus infections approaching 3 million, would-be consumers like Ahire say they would prefer to wait it out.

"It seems better to hold onto (my) money right now," he said.

"With the global pandemic, economic downturn and weak employment prospects, I will not risk my financial stability for gold. It just seems like a terrible idea."