No one prefers ‘shivering with cold': US outdoor brand Columbia sees backlash over jacket ad 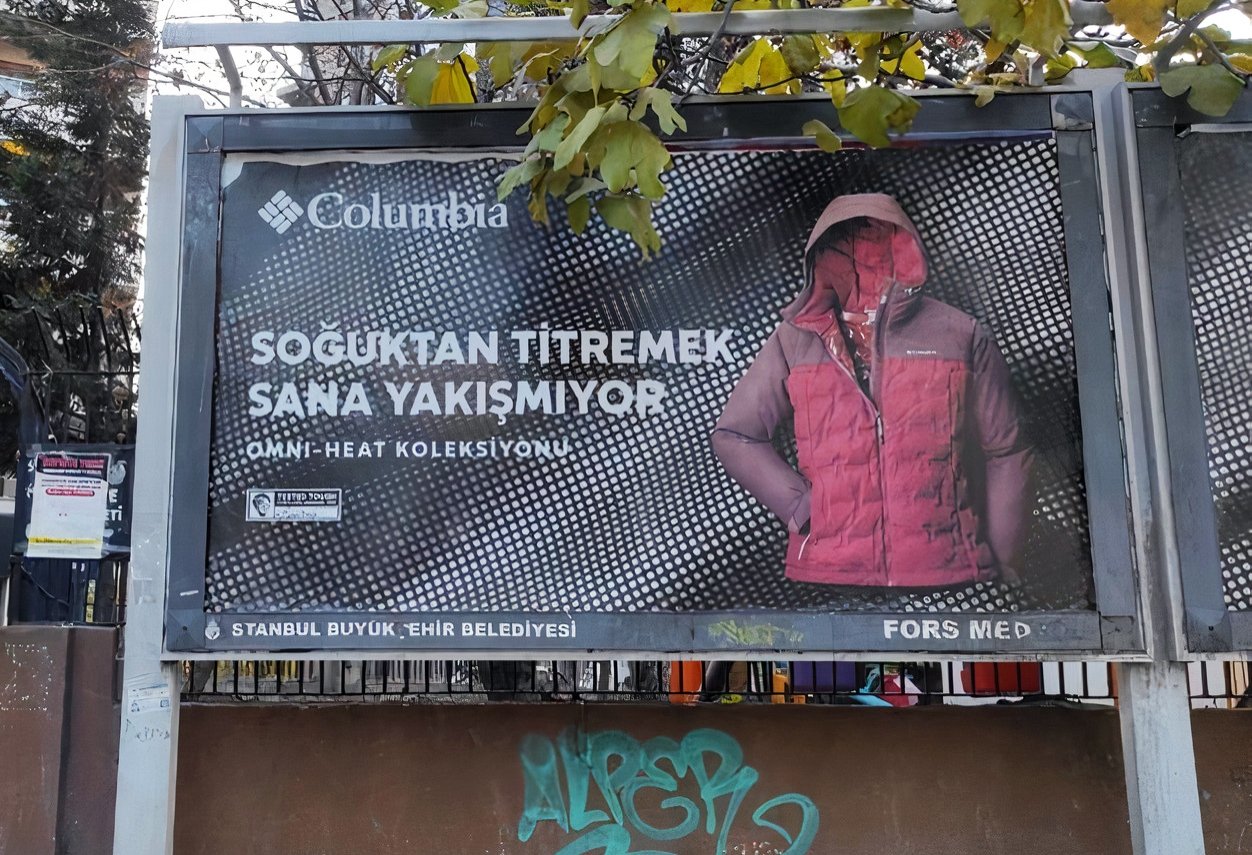 Columbia Turkey’s advertisement is seen on a billboard, reading "shivering with cold does not suit you,” in this photo that went viral on social media.
by DAILY SABAH Dec 16, 2020 4:40 pm
Edited By Sinan Öztürk
RECOMMENDED

Famous U.S. outdoor clothing brand Columbia has fielded a wave of backlash on social media for a billboard advertisement in Turkey saying, "shivering with cold does not suit you," drawing accusations of insensitivity centered on the exorbitant prices of their products.

The original slogan, “Hypothermia isn't a good look,” was equally off the mark, considering that the coat goes for twice the monthly minimum wage in Turkey.

Social media users reacting to the billboards, especially on Twitter, said the campaign is offensive to low-income families whose household economies were further battered by the COVID-19 pandemic.

“One should think twice before some slogans like that of Columbia’s are being written,” one Twitter user said. “They think that people 'prefer' to shiver from the cold?”

New-season women's jackets and coats on Columbia's Turkey website go up to TL 3,909 ($500), even with monthly discounts. Men’s wear is no different in terms of price, and the website does not feature a single jacket under TL 1,000, even in the "Super Prices" subsection.

Another social media user, echoing the common outrage over the choice of words, wrote: “Do you think people are shivering from the cold for a hobby or something?”

"Whoever your advertiser is and whoever has approved this idea, you can do what suits you by paying them the salary that those who have to shiver from the cold receive,” another angry user wrote.

“Would you look at the advertisement billboard for the jacket costing 2,500 TL? I think the agency that did this and the manager who approved it live in another universe and are unaware of what is happening in society. Shame!” another comment read.

Others said it was hurtful for those who do not have enough money to get by, even though “nobody has to wear the most expensive coats.”

As one of the largest outdoor and active lifestyle apparel and footwear companies, Columbia is in markets around the world from the U.S. and Latin America to Asia Pacific, Europe, the Middle East and Africa, while the U.S. has the largest share in total sales.