No place like home: Afghan evacuees caught in US housing crisis 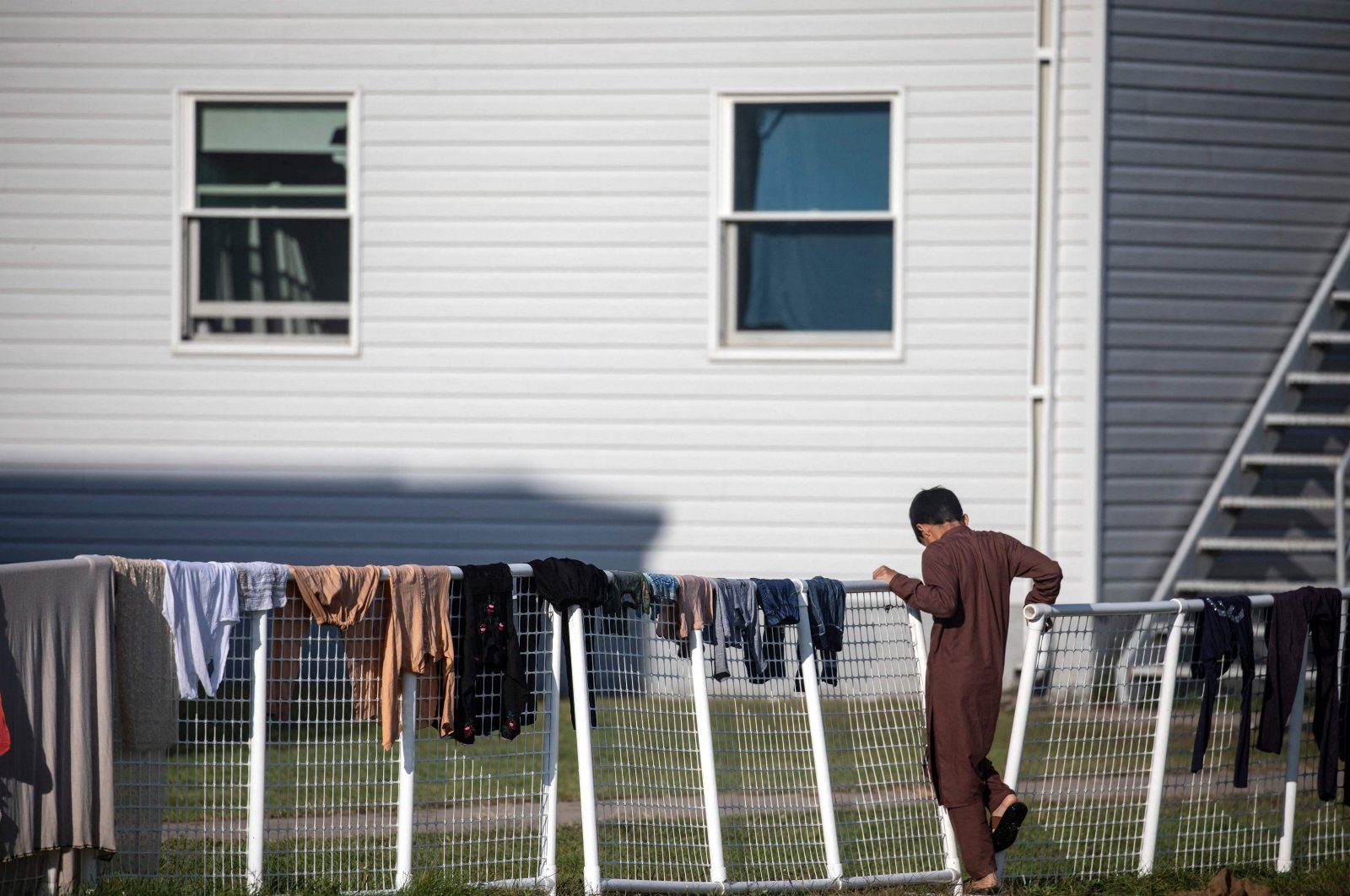 Wendy Chan has been working with refugees as a community organizer in the Washington area for years, but until recent weeks she had never focused on housing.

That changed almost overnight in August with the withdrawal of United States forces from Afghanistan, followed by the Taliban's retaking of power and the exodus of more than 120,000 Afghans.

Those ferried out for resettlement in the U.S. have found themselves plunged into the country's raging affordable housing crisis – with the supply of rental homes in some states covering just 20% of need, according to the National Low Income Housing Coalition.

Nongovernmental organizations (NGOs) dealing with resettlement told Chan that housing, both short- and long-term, was suddenly one of their top concerns.

"They're spread very thin with this new wave of Afghan evacuations," said Chan, co-founder of refugee-focused nonprofits One Journey and NOVA Friends of Refugees.

So, she and her colleagues organized their network members to build a survey and then a database of public offers of housing nationwide, as well as mental health assistance and more general volunteering.

They have gotten more than 700 responses and more than 100 offers of housing, including from landlords and property managers, Chan told the Thomson Reuters Foundation.

"The outpouring of support has been incredible, ranging from, 'We have an extra one-bedroom with a shared space,' or 'We have this empty townhouse sitting in a Metro-accessible area where a family can stay for free,'" she said.

Scenes like that are playing out across the country, where advocates say getting refugees and other new arrivals into stable housing quickly is a critical first step to helping families to move on with their lives.

But such efforts are being complicated by the size of the families arriving – some with up to 10 members, Chan said – the speed with which agencies are being asked to respond, and how the COVID-19 pandemic has affected housing markets.

"The availability and affordability of housing in many locations around the country are a key factor and constraint in the community's capacity to resettle individuals," a State Department spokesperson said in a statement.

The agency is "actively working to expand housing capacity," the statement added.

Most Afghans arriving in the recent evacuations are not going through the country's traditional refugee program, according to the National Immigration Forum.

Instead, the advocacy group explains on its website, they are being resettled through an emergency process for humanitarian reasons or because they have assisted the U.S. military.

It is unclear exactly how many Afghan evacuees will be resettled in the U.S., but the Pentagon reported last week that about 53,000 had already arrived and earlier said it was eventually expecting more than 100,000.

New arrivals are being housed first on military bases, to await background checks and other formal processing, before local charities and other case managers can help them into housing, jobs, schools and more, Chan and others said.

Housing is the linchpin of that entire process for physical and mental reasons, said Garrett Pearson, director of World Relief North Texas, a nonprofit that assists in resettlement.

"Housing really means the world," he said, especially for the parents with whom his office most often works.

"There's almost a fog for them – all of the things they're hoping to do and provide for their kids so they can sleep at night," Pearson said.

World Relief North Texas has worked with up to 100 new arrivals since early August and is expecting up to 400 in the coming fiscal year – triple its usual capacity.

"Affordable housing is one of the largest obstacles and headaches," Pearson said, and added that the problem has worsened over the past year as smaller landlords with which his office works have been bought out by large companies.

That makes it more complicated to help clients who, for instance, have no credit history, he explained.

Short-term housing has proved particularly complicated, Pearson said, pointing to help that has been provided by Airbnb and its nonprofit wing, which in August said it would make available temporary housing for 20,000 Afghan evacuees worldwide.

Last month, the company announced it had doubled that number and said 5,000 Airbnb members have also signed up to offer free or discounted stays to Afghans.

Susan Bailey, 60, is doing so in Colorado, where she and her husband are offering a space to Afghan evacuees for free, which resettlement agencies have indicated will likely be filled very soon.

"Opening up our homes is one way to extend a helping hand," she said in an email.

Bailey and her husband have hosted multiple refugee families in the past, and she said the experience has been humbling and rewarding.

"You aren't just offering them a safe, temporary place to live – you are actually helping them begin the first chapter in their new lives, and welcoming them to your community."

Following the trend across the country, housing prices in Seattle have continued to rise during the pandemic, said Kristin Winkel, acting chief executive officer with Jewish Family Service, a resettlement charity in Seattle.

Most of the housing that is available is often not conducive to families with children, she said.

To accommodate the new Afghan arrivals, Winkel and her colleagues have needed to find larger homes – often single-family houses, of which there are even fewer available – and find them fast.

Winkel said their caseloads have increased dramatically, and they are often given just a few hours' notice to pick a family up from the airport.

So far, they have helped resettle more than 106 Afghans since early August, compared with 200 refugees over all of last year.

"The scramble to find housing has been extraordinarily difficult and has really required us to do things in a different way," she said.

In part, that has meant housing families temporarily in hotels.

But as with Chan's experience in Washington, the desperate need to find homes for Afghan families has also triggered an unprecedented outpouring of support from the public.

"Landlords have stepped forward and said, 'I have a house or a few apartment units, and I can rent them to you for a reduced amount, or a month free,'" said Winkel.

"This is not something we've ever seen before," she added.