‘Nobody is running Lebanon’: Central bank chief hits back at govt 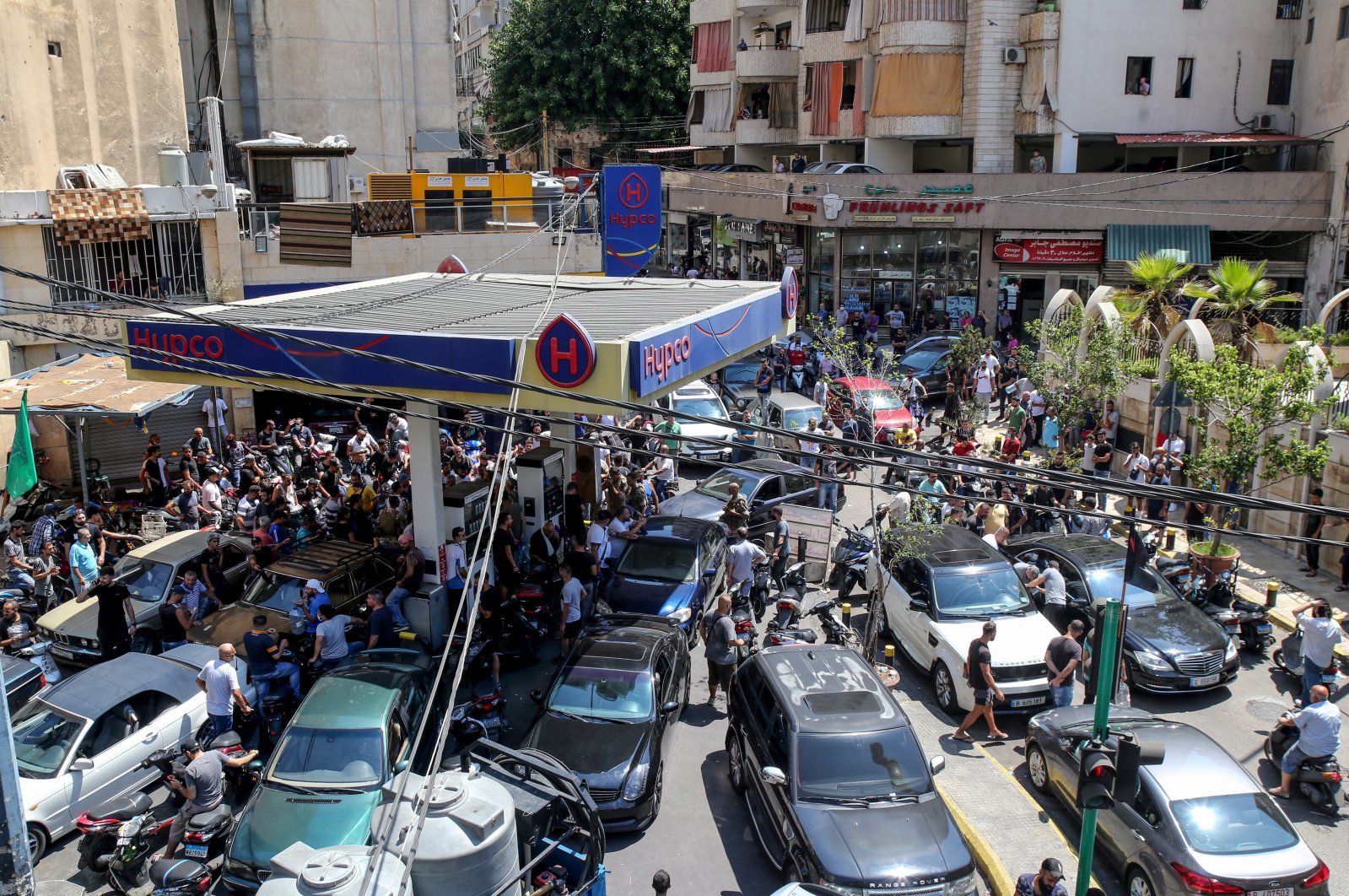 Motorcyclists and cars gather inside a gasoline station after security forces raided and ordered the station owner to distribute gasoline to citizens, in Beirut, Lebanon, Aug. 14, 2021. (EPA Photo)
by REUTERS Aug 15, 2021 2:09 pm
RECOMMENDED

Lebanon's central bank governor said nobody was running the country, hitting back after government criticism of his decision to halt fuel subsidies that have drained currency reserves.

In an interview broadcast on Saturday, Riad Salameh said the government could resolve the problem quickly by passing the necessary legislation.

The country's President Michel Aoun later on Saturday called on parliament to convene and take appropriate action on the crisis, his office said in a statement, without specifying a time or a particular proposal.

Salameh denied he had acted alone in declaring an end to the subsidies on Wednesday, and said it was widely known that the decision was coming.

"So far you have nobody running the country," Salameh told Radio Free Lebanon.

The worsening fuel crisis is part of Lebanon's wider financial meltdown. Hospitals, bakeries and many businesses are scaling back operations or shutting down as fuel runs dry.

Deadly violence has flared in fuel lines, protesters have blocked roads and fuel tankers have been hijacked this week.

The American University of Beirut Medical Center said it was threatened with a forced shutdown as early as Monday because of shortages of fuel used to generate electricity.

"This means that ventilators and other lifesaving medical devices will cease to operate. Forty adult patients and 15 children living on respirators will die immediately," the hospital said.

The central bank's move to end subsidies will mean sharp price increases. It is the latest turn in a crisis that has sunk the Lebanese pound by 90% in less than two years and pushed more than half the population into poverty.

The central bank has effectively been subsidizing fuel and other vital imports by providing dollars at exchange rates below the real price of the pound – most recently at 3,900 pounds to the dollar compared with parallel market rates above 20,000. This has eaten into a reserve which Salameh said now stood at $14 billion.

To continue providing such support, the central bank has said it needs legislation to allow use of the mandatory reserve, a portion of deposits that must be preserved by law.

"We are saying to everyone: You want to spend the mandatory reserve, we are ready, give us the law. It will take five minutes," Salameh said.

‘Humiliation of the Lebanese’

The government has said fuel prices must not change. Fuel importers say they cannot import at market rates and sell at subsidized rates, and want clarity.

The central bank and oil authority told importers to sell their stocks at the subsidized rate of 3,900 Lebanese pounds to the dollar, prioritizing hospitals and other essential functions.

Critics of the subsidy scheme say it has encouraged smuggling and hoarding by selling commodities at a fraction of their real price.

Salameh said the bank had been obliged to finance traders who were not bringing their product to the market, and that more than $800 million spent on fuel imports in the last month should have lasted three months.

Salameh said there was no diesel, gasoline or electricity, adding: "This is the humiliation of the Lebanese."

Lebanese politicians have failed to agree on a new government since Prime Minister Hassan Diab quit last August after a deadly explosion at Beirut port. He has stayed on as caretaker prime minister.

Salameh said Lebanon could exit its crisis if a reform-minded government took office, adding the pound was "hostage to the formation of a new government and reforms."

The government has said ending subsidies must wait until prepaid cash cards for the poor are rolled out. Parliament approved these in June, with financing from the mandatory reserve, Salameh said, but they have yet to materialize.