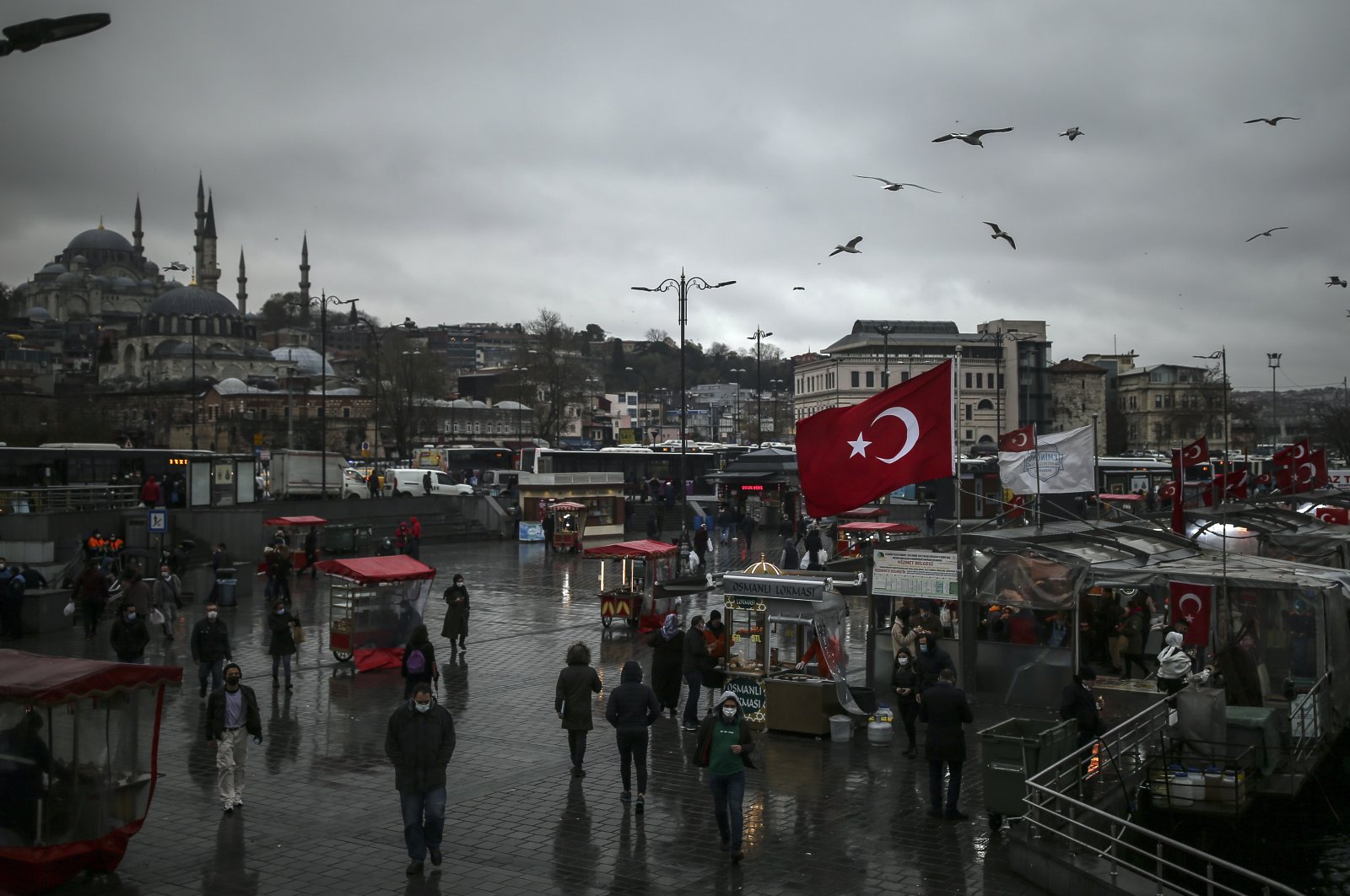 The Organisation for Economic Co-operation and Development (OECD) on Thursday revised up Turkey’s growth forecast for 2020.

In its latest Economic Survey of Turkey, the Paris-based organization said, “The Turkish economy’s recovery from the first wave of the pandemic was strong but faced headwinds.”

It said the country’s growth rate is estimated to have declined by 0.2% in 2020 instead of 1.3% as previously expected.

Yet, Rauf Gönenç, a senior economist at the OECD, told reporters in a videoconference that the economy could close the year with small positive growth as the institution’s estimate was made in the first days of December.

In what was among the strongest rebounds among OECD members, the economy roared to a more-than-expected 6.7% growth rate in the third quarter, after contracting by 9.9% in the previous three months when lockdowns were imposed to curb the initial COVID-19 wave.

According to its new economic program announced in September last year, Ankara projects 2020 growth to come in at 0.3%. It expects a rebound of 5.8% in 2021.

“Turkey is looking at a gradual recovery from the COVID-19 crisis and risks persist for growth and well-being,” said Alvaro Pereira, the OECD's director of economic country studies.

“The focus should be on restoring macroeconomic stability and seeing the post-crisis period as an opportunity to encourage foreign and domestic investment through stronger public governance, and to use market and labor reforms to empower businesses to grow and create quality jobs,” Pereira said.

He told reporters that the rebound as of the second quarter could be attributed to strong credit growth, which significantly slowed after the country’s central bank sharply hiked interest rates as of the second half of the year.

Pereira said the credit expansion could have had negative consequences on the liability side if it had continued.

Both Pereira and Gönenç welcomed the Central Bank of the Republic of Turkey’s (CBRT) monetary tightening cycle.

The bank has hiked interest rates by 675 points since November alone to 17% under its new governor, Naci Ağbal, and took other steps that have boosted the Turkish lira.

Gönenç said this contributed to the improvement in the exchange rates and the country’s risk premium, adding that it would increase the credibility of the central bank’s monetary policy.

The global body also said it estimated that the average inflation rate in Turkey would hit 12% and 10% in 2021 and 2022, respectively.

Turkey’s consumer prices edged higher than expected in December as food costs jumped, official data showed Monday, while the treasury and finance minister said the country would take “a decisive stance” in the fight against inflation.

Annual inflation climbed to 14.6% from 14% in November, according to official data, keeping pressure on the central bank to maintain the tight monetary policy.

The country’s officials, including Treasury and Finance Minister Lütfi Elvan and Ağbal, have vowed a decisive stance in the fight against inflation.

Ağbal last month said the policy will remain tight in 2021 to finally lower inflation in a lasting way and hit a target of 5% by 2023. He stressed that the bank was determined to meet its inflation forecast of 9.4% for the end of 2021.

The report said Turkey was able to restrain the number of coronavirus cases relatively effectively in the first phase of the outbreak thanks to a strong intensive care infrastructure and targeted lockdowns.

“The country went into the pandemic crisis with sound public finances but extensive off-balance sheet commitments,” it noted, adding this came in the form of government credit guarantees and through lending by public banks.

It said full recovery from the pandemic is predicted to take time given Turkey’s relatively modest social safety nets and elevated corporate debt.

It said while a one-size-fits-all support strategy was justified during the first phase of confinements, policy support in the second wave of the pandemic should now be adapted to the varying conditions of sectors, workers, households and companies.

“Once a recovery is underway and investor confidence is restored, the survey estimates that a combination of market, institutional and education reforms could lift the GDP per capita by 1% per year over the coming years,” the report noted.

President Recep Tayyip Erdoğan has pledged that 2021 will be marked by judicial and economic reforms.

The economy’s entrepreneurial power is striking even under challenging macroeconomic conditions and regional geopolitical tensions, the report underlined.

Underlining that COVID-19 has increased financial pressure in productive sectors, the report also warned that Turkish companies are lagging behind in adopting advanced digital technologies.