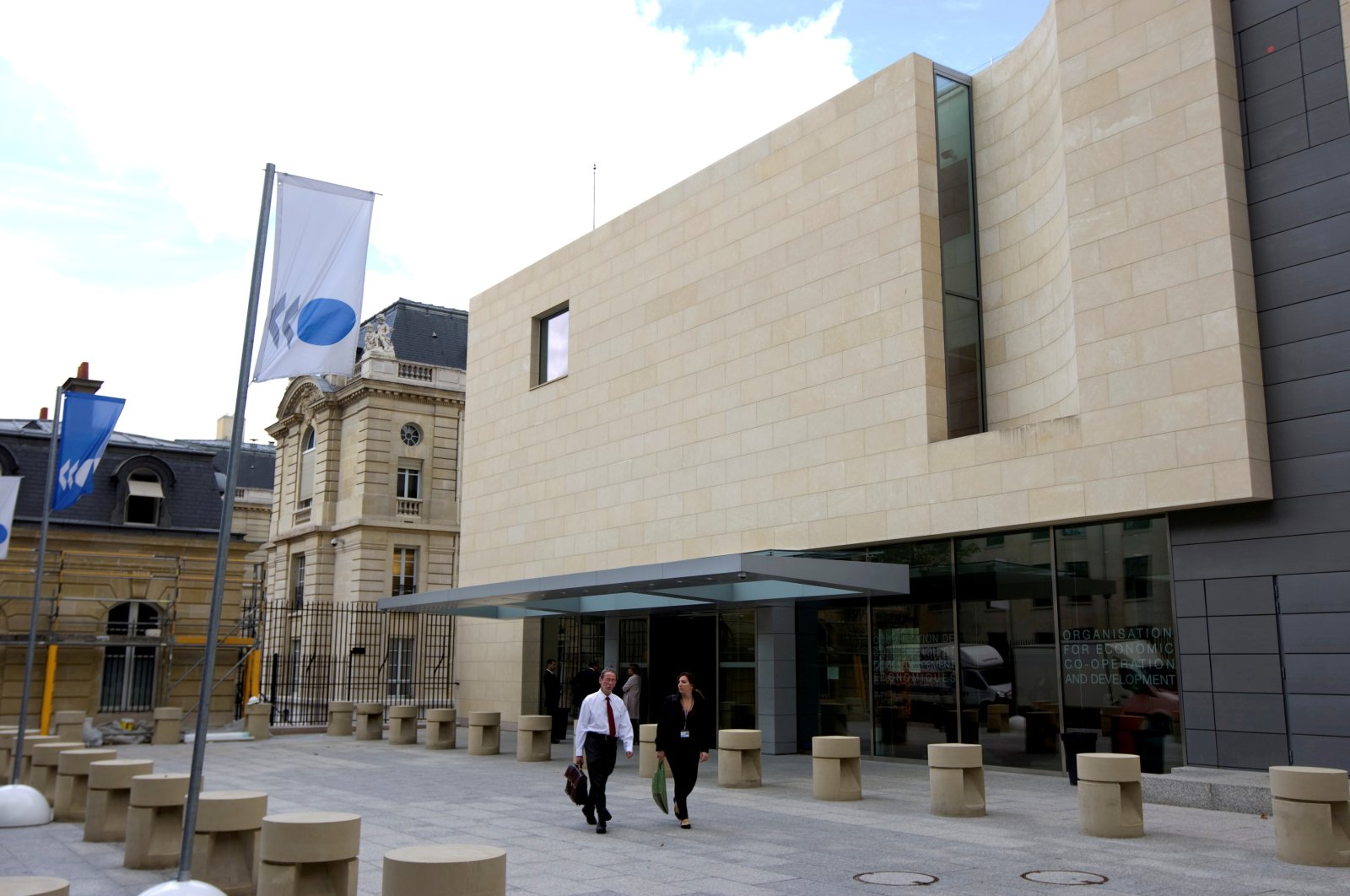 Outside view of the Organisation for Economic Co-operation and Development, (OECD) headquarters in Paris, France, Sept. 3, 2009. (Reuters Photo)
by DAILY SABAH WITH AGENCIES Sep 21, 2021 5:02 pm
RECOMMENDED

The Organisation for Economic Co-operation and Development (OECD) Tuesday revised upward its growth forecast for Turkey, while it slightly lowered global and the U.S. economic projections, warning of an “uneven” recovery around the world.

A rapid rebound in global growth is on track but it is too early for governments and central banks to withdraw exceptional support for their economies despite a spike in inflation, the OECD said in an update of its economic outlook.

Though the global economy has more than recouped the 3.4% output lost in 2020 during the worst of the COVID-19 crisis, it cautioned that the recovery is “uneven.”

The Paris-based policy forum, which monitors and advises its 38 member countries, modestly downgraded its global growth forecast for this year to 5.7% from 5.8% previously.

It said the global growth would then ease to 4.5% next year, up 0.1 percentage point from its previous forecast in late May.

The rapid recovery has brought global gross domestic product (GDP) back to pre-COVID-19 levels, though activity is still lagging in many developing countries where vaccination rates remain low, the OECD said.

Fueled by recovering demand for goods and supply chain strains, inflation is expected to peak towards the end of the year at 4.5% on average in G-20, before easing to 3.5% by the end of 2022.

Most central bankers and policymakers have concluded – for now – that the current spike is a fleeting reaction to the recovery rather than the prelude to a sustained period of higher inflation, though the debate is far from closed.

The OECD advised central banks to keep monetary policy loose, but at the same time offer a clear guidance about how high they can tolerate the increase in inflation.

It urged governments to remain flexible with their financial support for their economies and avoid withdrawing it as long as the short-term outlook remained hazy.

Among developed countries, the OECD said the U.S. economy is set to grow this year by 0.9 percentage points less than it anticipated in May, though at a still-healthy 6%. It sees the expansion easing to 3.9% in 2022, up 0.3 percentage points from the previous forecast.

The organization raised its projection for eurozone growth this year by a full percentage point to 5.3% and nudged up its 2022 estimate by 0.2% percentage points to 4.6%.

The outlook varied within the single-currency bloc, with higher growth now expected in France, Italy and Spain while Germany was not performing as well.

Chinese growth was forecast at 8.5% this year and 5.8% in 2022, both unchanged from previous estimates.

In its report, the OECD said the greater international effort should be put in to provide low-income countries with the resources they need to vaccinate their populations, both for their own and global benefits.

“Ensuring the recovery is sustained and widespread requires action on a number of fronts – from effective vaccination programs across all countries to concerted public investment strategies to build for the future," said OECD Secretary-General Mathias Cormann.

Developed countries are being urged by a number of bodies, including the World Health Organization (WHO), to share excess vaccines with poor countries who have yet to immunize their people instead of using them to provide booster shots.

Last week, for example, the British government recommended that booster shots be offered to everyone over 50, health care workers, people with underlying health conditions and those who live with people whose immune systems are compromised. Others, including the U.S., are set to follow suit in offering booster shots to certain sections of their population.

The richer nations of the world have already committed to donate hundreds of millions of jabs to poorer countries via the COVAX scheme.