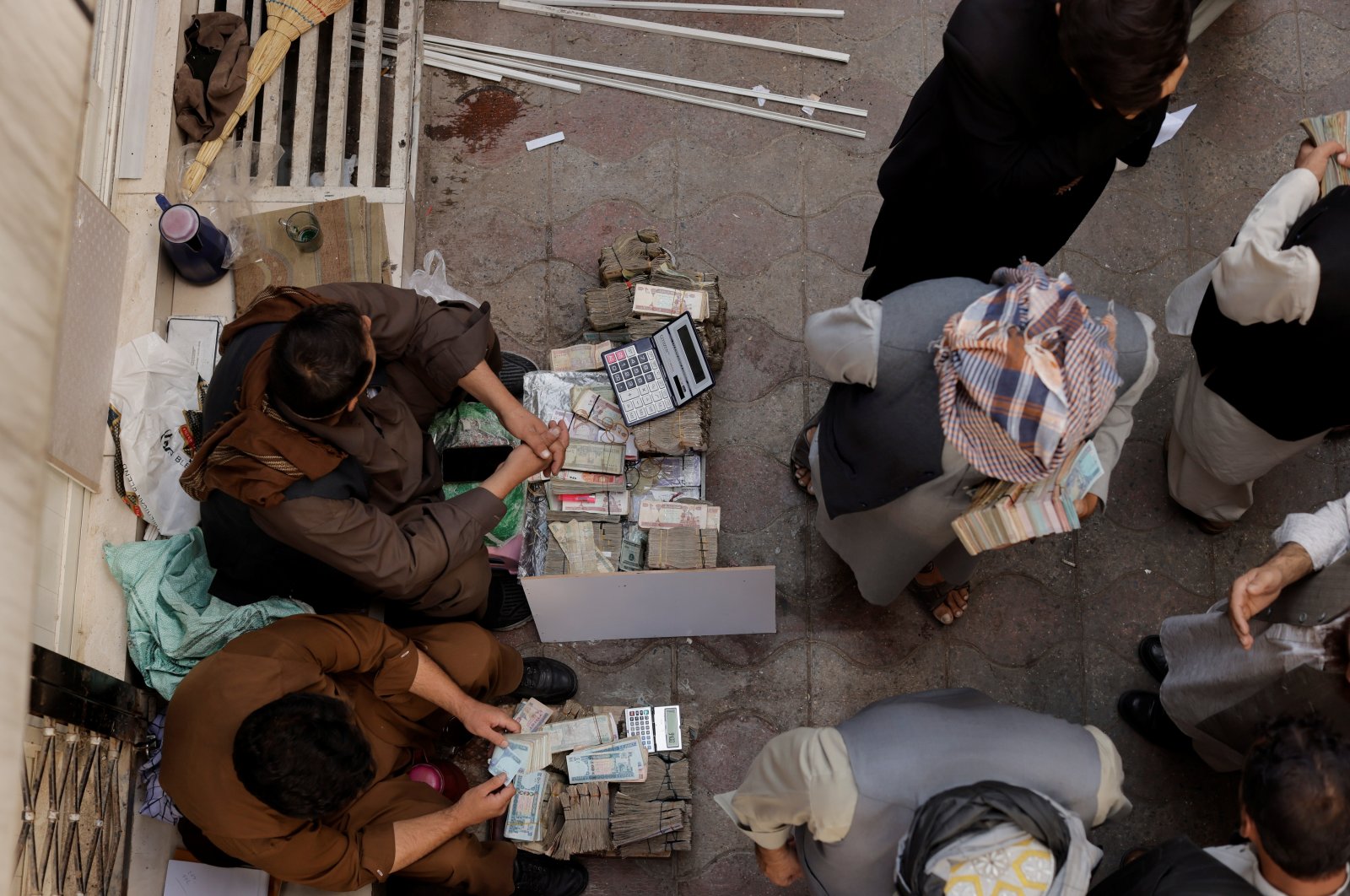 International officials have been planning cash airlifts to bypass the Taliban government and help Afghans in need, according to people familiar with the confidential plans.

Planning for the cash airlifts is going ahead against the background of a rapidly collapsing economy where money is short, although diplomats are still debating whether Western powers can demand that the Taliban make concessions in return, according to internal policy documents seen by Reuters.

The emergency funding, aimed at averting a humanitarian crisis in the face of drought and political upheaval, could see U.S. dollar bills flown into Kabul for distribution via banks in payments of less than $200 directly to the poor – with the Taliban's blessing but without their involvement.

As well as flying in cash to stem the immediate crisis, donor countries want to set up a "humanitarian-plus" trust fund that would pay salaries and keep schools and hospitals open, two senior officials said.

Many Afghans have started selling their possessions to pay for ever scarcer food. The departure of U.S.-led forces and many international donors robbed the country of grants that financed 75% of public spending, according to the World Bank.

The West's unorthodox strategy reflects the dilemma it faces. Still eager to help Afghanistan after two decades of war, and to prevent mass migration, it is also loathe to give money to the Taliban, who seized power in August and have yet to show significant change from the harsh way they ruled the country between 1996-2001.

The United Nations has warned that 14 million Afghans face hunger. Mary-Ellen McGroarty, U.N. World Food Programme Afghanistan director, said the economy could collapse in the face of the cash crisis.

"Many parents are foregoing food so that their children can eat," she has said.

In recent days, Western diplomats and officials have stepped up efforts to establish a cash lifeline.

The United Nations World Food Programme has distributed about 10 million Afghanis ($110,000) in cash via a local bank and intends to disburse more soon, said one person with knowledge of the situation.

The cash runs are a trial for larger air deliveries of dollars from Pakistan, the person said.

A senior diplomat said two approaches are under consideration that would inject cash into the Afghan economy. Both are in the planning stages.

Under the first plan, the World Food Program would fly in cash and distribute it directly to people to buy food, expanding on something the agency already has been doing on a smaller scale.

The second approach would see cash flown in to be held by banks on behalf of the United Nations. That would be used to pay salaries to the staff of U.N. agencies and nongovernmental organizations (NGOs), the diplomat said.

"If the country collapses, we will all pay the consequences," said a senior European Union official. "No one wants to rush into a recognition of the Taliban, but we need to deal with them. The question is not if ... but how."

A spokesperson for the World Food Program said it had helped almost 4 million people in September, nearly triple the August number, chiefly with food, and some cash assistance had been given out in Kabul. The spokesperson said the cash shortage was also affecting the millers and truckers it worked with.

Separately, the European Union, Britain and the United States have discussed setting up an international trust fund to bypass the Afghan government and help finance local services, according to two officials with knowledge of the matter.

The Taliban did not immediately respond to requests for comment on the cash airlift plans.

A U.S. Treasury spokesperson said it would allow humanitarian assistance through independent international and nongovernmental organizations while "denying assets" to the Taliban and sanctioning its leaders.

The Kabul government has little to fall back on. The central bank, with assets of $9 billion frozen offshore, has burnt through much of its reserves at home.

Shah Mehrabi, an official who helped oversee the bank before the Taliban took over and is still in his post, recently appealed for a release of the overseas reserves.

"If reserves remain frozen, Afghan importers will not be able to pay for their shipments, banks will start to collapse, food will become scarce," he said.

But there is also a debate about whether strings should be attached to cash releases.

In a paper written last month and seen by Reuters, French and German officials outline their aim of using money as a "lever" to pressure the Taliban.

"Countries could condition recognition of the political ... legitimacy of the Taliban to the commitments they would be ready to take," officials said in the two-page report.

"Economic and trade levers are among the strongest we have," the note said, raising the prospect of releasing the Afghan reserves held abroad.

In a separate diplomatic note, French and German officials outline five demands that could be made of the Taliban.

Those include allowing Afghans who want to leave the country to do so, allowing access to humanitarian aid, respect for human rights and establishing an "inclusive government."