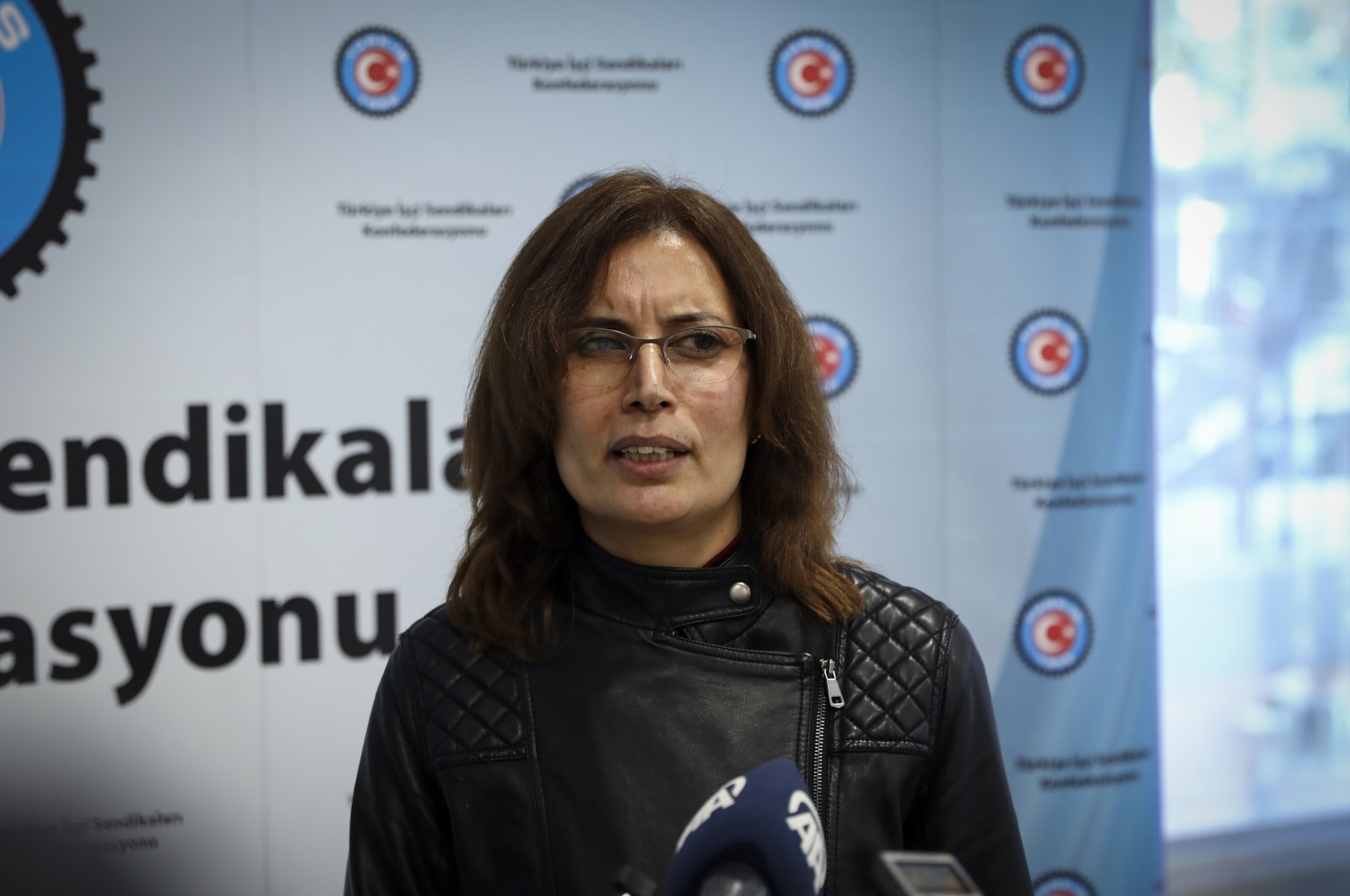 The Confederation of Turkish Trade Unions (TÜRK-IŞ), which has the largest number of union members in the country, has included a disabled minimum wage woman in its five-person workers' committee of Turkey's Minimum Wage Determination Commission ahead of the announcement of a new minimum wage for next year.

Özgül Yardımcı, a mother of two, works as an office clerk at the Justice Ministry and will be at the bargaining table to address the problems of millions of minimum wage earners.

The process of determining the new minimum wage continues, which directly concerns nearly 7 million employees and indirectly all citizens.

The first of the commission meetings was held on Dec. 4 virtually within the scope of the COVID-19 measures, while the second one is scheduled for Dec. 15.

Yardımcı told Anadolu Agency (AA) Friday, she was a subcontracted laborer before receiving a personnel cadre in the public sector as a minimum wage employee.

She said she lives in the capital Ankara's Sincan district with her two daughters, one of whom is in middle school and the other a high school student, and her husband who has been unemployed for a long time.

"My husband is an electrician but has been unemployed for a long time. We are trying to make ends meet on a single salary," she said. "Yesterday I went to the market again, bought olive oil and eggs, I paid TL 90 ($11.50). Then, there are rents and bills."

Turkey posted an unexpected 14.03% annual hike in consumer prices in November, according to the official data.

The rise in the consumer price index reflected increases in food and oil prices and the effects of exchange rate fluctuations.

Yardımcı went on to emphasize that even a student's food expenditures at a high school are too high for her as a minimum wage employee on top of her household expenses.

"You can't get most of the things you want," she added while thanking TÜRK-IŞ management for including her in the commission.

"I am here to make our voices heard. We are more hopeful," she added.

On the other hand, the gross domestic product (GDP) per capita in the country stood at TL 51,834 in 2019, according to the Turkish Statistical Institute (TurkStat).